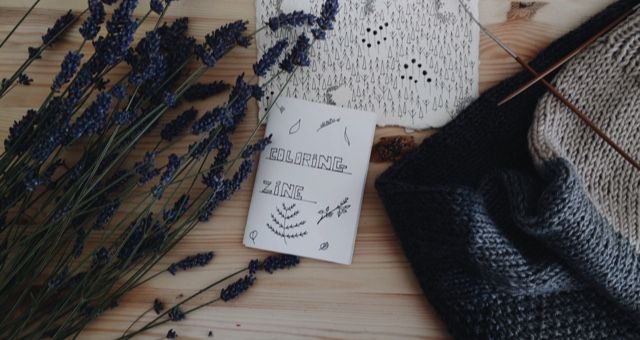 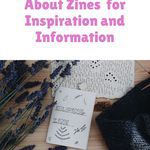 Imagine a world where independent authors write what they want, design it the way they want, photocopy it with no frills, and share it in small circulations with audiences who adore it. Just writing that sentence fills me with a rush of adrenaline, so you can imagine how much I love zines. As a child I loved making scrapbooks, collaging endlessly. Devoid of any true drawing skills (alas, my stick people even seemed unusually…off), I cut out images from magazines and pasted them with reckless abandon to make witticisms on pages no other human would ever see. I had no idea what I was doing, but I loved it.

Time passes, of course. In the years since then I’ve entirely lost sight of zines and the DIY culture around it. Though I still scrapbook, I haven’t ever given thought to putting my own work into publication. It seems the 6-year-old in me has gotten lost in the mega capitalist infrastructure, and I reckon it’s time to change that and embrace my inner 6-year-old. So I’m going to try and make a zine – and maybe some other Rioters might want to join in. So here are the resources I have stacked (some read, some not quite).

What I couldn’t find was any book written by people of colour, which seems strange given the depth of underground resistance, from music to politics, which has been cultivated by the many community groups that have pushed civil rights forward in just a few generations. A fellow Rioter introduced me to the POC Zine Project on Tumblr, which is a great resource for finding zines by people of colour – but sadly there is no reference guide or manual that I can see. 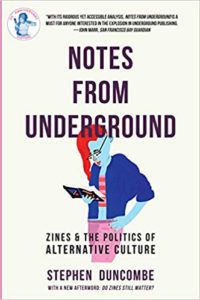 Notes from Underground: Zines and the Politics of Alternative Culture by Stephen Duncombe

In my heart, I will always be a Hermione Granger. I like to read up on a thing to understand it, rather than throw myself into the swimming pool headfirst with no armbands (fun fact: when I was in school, I actually bought a book about swimming in the hopes that it would teach me to swim). Ever prepared, I come to this zine effort with a headful of knowledge thanks to Notes from the Underground, from the early 20th century science fiction origins of the zine through the punk rock revolution and into key political communication. Even if I had no interest in making a zine, the history in this book is fascinating; if you’ve ever felt more underground than mainstream, a lot of the stories here will resonate.

As a child of the ’90s, the Riot Grrrl movement was a definite influence in any early sense of feminism I harboured (e.g. why my brother didn’t have to do chores, but I did?) But I didn’t know about the sheer scale of the zines that accompanied the time- dealing with topics from sexism to eating disorders, mental illness, and rape, these zines were a collective powerhouse for redefining feminism in a changing world. The Riot Grrl collection is a reproduction of some of that content. It’s a fascinating look at the very recent past. 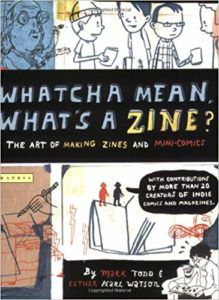 This is targeted at young adult and teen creatives, who fancy making their own zine for the first time. As a woman almost in my 30s, I still found it deeply useful with its ‘no rules’ approach. The book get you started immediately, pushing you down the path of creativity with a really encouraging tone.

Make a Zine: Start Your Own Underground Publishing Revolution by Joe Biel

Having gone through several editions and iterations, a friend recommended this to me and I’m glad I picked it up. It’s chock full of info for beginners but also made me think about copyright and sustainability. The messages here are very positive and I felt very encouraged every time I opened it.

A novel that’s about to become a movie directed by Amy Poehler, this YA story focused on Vivian, tired of the endless pains of high school life from the dress code to the catcalling. Creating Moxie, a feminist zine to take on the establishment, Vivian’s efforts are the origin of a new solidarity among the girls in her school. I swallowed this in no time at all, and it brought me right back to my 14-year-old self demanding better rights at my own school. Nostalgia!

A veritable compendium, Alex Wrekk’s work has been around in different editions since the early 2000s. Aside from the iconic Sharpie on the cover, the book is jammed with information about zines which goes far beyond the level of cut and paste and delves much deeper into the zine world. The Hermione in me really adored this.

If you think I’m going in the wrong direction, or fancy giving me a brilliant recommendation, please do drop it on Twitter!