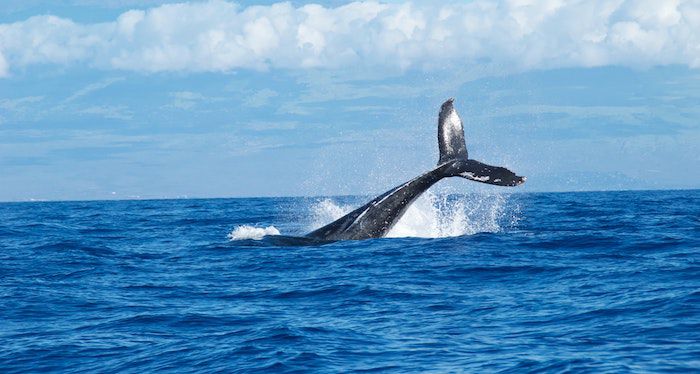 Blue whales, humpbacks, orcas, narwhals – whales come in all shapes and sizes, and it’s not a surprise that these awe-inspiring creatures have prompted some amazing literary responses. There are books about whales for readers of all ages and levels, whether you’re looking for an epic seafaring narrative or want to dive deep into some cetacean facts. Here are some of our favourite books about whales to take you away to the ocean, wherever you are.

If you have a young reader in your life who loves whales, there are plenty of choices to capture their interest. From picture books to adventure stories, dip your toes into this list of whale tales. 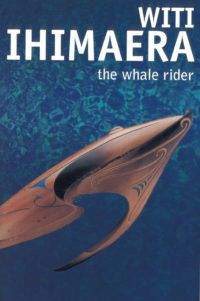 Set in New Zealand, The Whale Rider tells the story of 8-year-old Kahu, the great-granddaughter of a chief who, with the help of the titular whale rider, learns to communicate with whales and proves that she’s as good as the boys of her tribe.

The Storm Whale by Benji Davies

In this sweet book for younger readers, young Noi finds a baby whale washed up on the beach. He takes care of his new friend, but soon realises that he can’t hide such a big secret from his father forever.

Based on a true story, this adorable picture book has been a favourite for 25 years. It tells the story of Humphrey, who became lost in San Francisco Bay back in 1985 before finally finding his way back to the ocean.

Is It A Mermaid? by Candy Gourlay

A tiny bit of a cheat here, as the ‘mermaid’ of the title is actually a dugong, but Is it a Mermaid? is a cute and funny story about two children who learn all about sea creatures with their new sea-mammal friend.

Why the Whales Came by Michael Morpurgo

Set during the First World War, this classic children’s tale is the story of unlikely friendship and overcoming prejudice, against a backdrop of seafaring drama, with special appearances from a pod of narwhals. 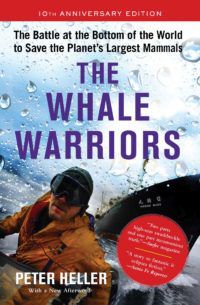 For adults who want to learn more about whales and other sea creatures, there are shoals of books available, looking at issues around whales in captivity, commercial and cultural whaling practices, and what whales can teach us about our place in the natural world.

Death at Seaworld by David Kirby

If you were gripped by the documentary Blackfish, you can learn more about the issues keeping captive orcas with David Kirby’s Death at Seaworld. This book interviews former trainers, marine biologists, animal rights activists, and SeaWorld supporters, showing all sides of this contentious debate.

Swimming with Orca by Ingrid Visser

This memoir and fact-filled volume on the lives of killer whales is written by a premier researcher who has spent her life learning about these fascinating creatures. Visser’s account of her life, career and discoveries is perfect for a budding marine biologist, or anyone who wants to learn more about orcas.

Of Orcas and Men by David Neiwert

Still want to learn more about killer whales? Neiwert’s book is a perfect companion to Visser’s, with even more orca facts, and a particular focus on how these whales and humans have interacted and clashed throughout history.

The Whale Warriors by Peter Heller

The Whale Warriors is part-investigative journalism, part high-stakes adventure, following a vigilante crew of an illegal whale-saving ship. Their mission is to disrupt commercial whaling, and they pull no punches, even going so far as to sink industrial whaling ships that won’t back down.

Spirits of Our Whaling Ancestors by Charlotte Cote

Looking at a different side of the whaling debate, this book by member of the Nuu-chah-nulth Nation Charlotte Cote explores the Makah and Nuu-chah-nulth’s decision to resume the whale hunt in 1994, after the grey whale was removed from the endangered species list. Cote’s book looks at how this decision sparked debates around animal rights, indigenous rights, and environmentalism.

There are far fewer fiction books about whales for adults than there are for children – which is sad, because you’re never too old to dive into a story about these beautiful creatures. Of course, there’s one very obvious one (a little more on that elusive white whale later), but here are a few important adult novels featuring whales.

Inspired by the most famous classic book about whales, this novel tells the story of Una, wife of the sea-captain from Moby Dick. Lovers of historical fiction and female-centric retellings will love this new spin on an old story.

People of the Whale by Linda Hogan

Set against the backdrop of the Vietnam War, People of the Whale follows the story of Thomas Witka Just, a Native American man whose Nation is divided by the question of whether to hunt a whale.

When the Whales Leave by Yuri Rytkheyu

Mixing legend and a soaring family narrative, this recently-translated book by renowned Chukchi author Yuri Rytkheyu is an important read. As well as retelling myths and origin stories, When the Whales Leave looks at humanity’s place in the ecosystem, and our power to preserve and destroy.

Whatever your tastes and interests, there are books about whales out there for every reader. If you want to dig deep into the most famous fictional whale story, read our article on The First Line of Moby Dick, and find out why this opening is such a literary touchstone.