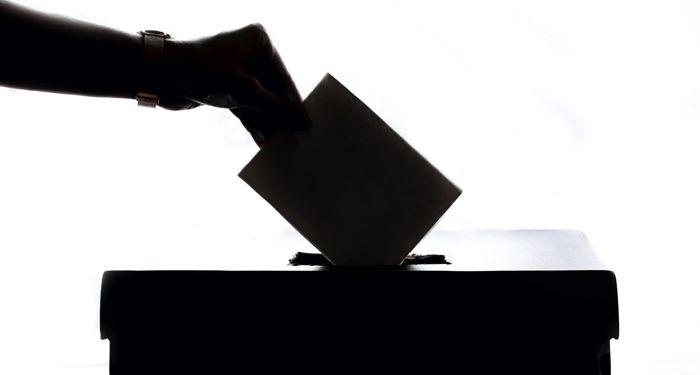 The 2022 midterm elections in the United States are getting closer and closer. And while there has been a lot of work done on ensuring the rights of voters, especially those from marginalized communities, there are still far too many powerful players working way too hard to suppress the vote, especially the Black vote.

In a democracy, especially a robust and vibrant one like in the United States, there shouldn’t be anything easier than voting. But that’s not the reality.

In early July, Texas Democrats decamped from the capital of Austin to Washington, D.C., to break a quorum while Texas Republicans were in the process of pushing forth controversial voting legislation that would restrict access to voting, especially for lower income communities and communities of color. This in a state that already made it difficult to vote. Some Democrats have since returned.

An earlier example from 2018 includes none other than famed voting rights activist Stacy Abrams, who lost the 2018 Georgia gubernatorial election to Brian Kemp. The race was fraught with accusations against Kemp, who was the Georgia Secretary of State at the time, for using his office to suppress the Black vote. Unfortunately, Abrams lost the race, but fortunately for all of us, she created Fair Fight Action, “after witnessing the gross mismanagement of the 2018 election by the Secretary of State’s office.” In 2019, Abrams created Fair Fight 2020 to monitor voting practices in battleground states, such as her home state of Georgia. The initiative was key in bringing the public’s attention to voter suppression and registering thousands to vote.

Coming from an immigrant family, I was always espoused with the marvel that was American democracy. To a family like mine, it was an honor and a privilege to vote. I never once thought that my vote could be discounted. Fortunately for me, my family fell squarely in the middle class, so even when we lived in the Deep South, we had all the paperwork to register and cast our ballots.

But this isn’t the case for thousands of voters across America, who live in gerrymandered districts and are subjected to cruel hurdles to cast their own ballots. The topic of voter suppression is complex and nuanced, which is why I’ve gathered the following titles that’ll give you an overview of America’s broken voting system. 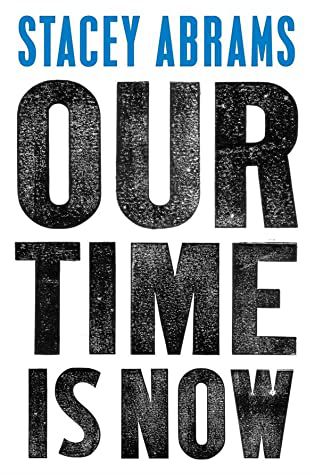 Our Time Is Now by Stacey Abrams

I mentioned Stacy Abrams earlier because she’s a true inspiration for anyone who’s never felt listened to by those in power. Her book is a blueprint to end voter suppression as well as to empower Americans to wield their rightful power as voters. Abrams discusses how women of color, particularly Black women, carry a double burden of fighting to be equal citizens and to vote. 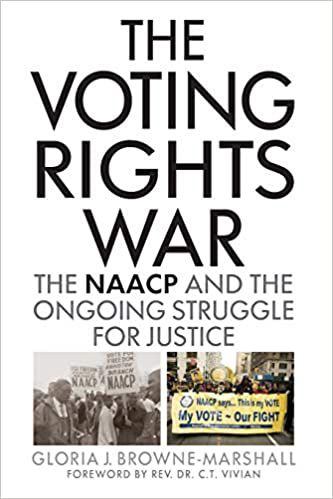 The Voting Rights War: The NAACP and the Ongoing Struggle for Justice by Gloria Browne-Marshall

This is an account of the NAACP’s history of achieving voting rights over the course of a century. It’s a journey that begins in slavery and goes on to 21st-century struggles with voter suppression. Over the course of its existence, the NAACP has brought numerous cases all the way to the Supreme Court to challenge restrictive voting laws such as grandfather clauses and literacy tests. This book highlights the important work done by the NAACP and the work still to be done. 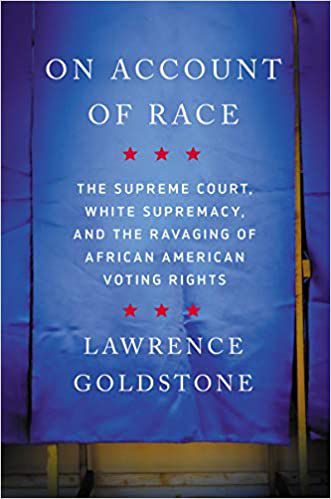 On Account of Race: The Supreme Court, White Supremacy, and the Ravaging of African American Voting Rights by Lawrence Goldstone

Goldstone is a constitutional law historian and in this book accounts case-based evidence for how America’s court systems uphold white supremacy and how bias has enabled the courts to be so powerful. In 1876, the court dismantled the equal protection guaranteed by the 14th amendment and those insinuated by the 15th amendment.

Goldstone walks through how this systemic suppression stole the rights of Black citizens with the backing of the Supreme Court. 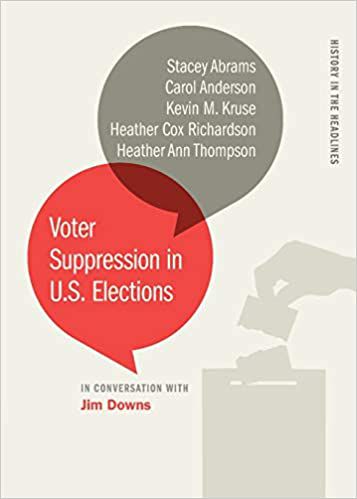 In the wake of the contested 2020 elections, voter suppression is front and center in national politics and discourse. This book continues to raise awareness for the systemic barriers in place that prevents poor, Black, and Latinx voters from casting their ballots. At the annual Organization of American Historians, scholars Carol Anderson, Kevin M. Kruse, Heather Cox Richardson, and Heather Anne Thompson had a round table discussion with Stacey Abrams about the history of voter suppression. This book is a transcript of that conversation. 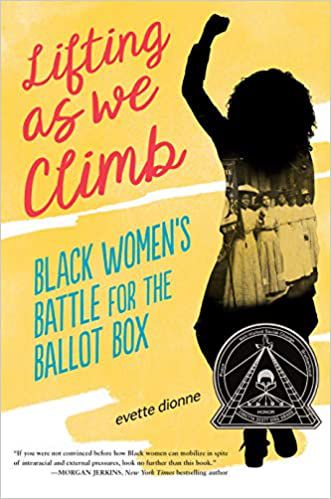 Lifting as We Climb: Black Women’s Battle for the Ballot Box by Evette Dionne

I thought it was important to include a book that specifically discussed the obstacles thrown in front of Black women, for whom the battle at the ballot box is just one of many. This eye-opening book discusses the important contributions of Black women in the suffragette movement and how they faced discrimination from white suffragettes. Dionne points out that history has colored the movement as entirely white, such as Susan B. Anthony and even the Seneca Falls Convention on women’s rights. But the reality is different: Black women were at the forefront of not only the right to vote but also to finally be acknowledged as equal citizens. 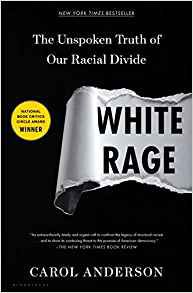 In White Rage, Anderson reframes the conversation about race in America. The book begins in Ferguson, Missouri, which erupted in 2014 after the murder of Michael Brown by Darren Wilson with the police department. The ensuing media commentary seemed to prioritize “Black rage.” However, Anderson argues that it was in fact “white rage” that had ignited the original kindling.

This book isn’t specifically about voter suppression. However, I wanted to include it here because voter suppression is intricately linked with how Black people are subjected to “white rage.” This book is also an excellent precursor to Anderson’s next book (below), One Person, No Vote. 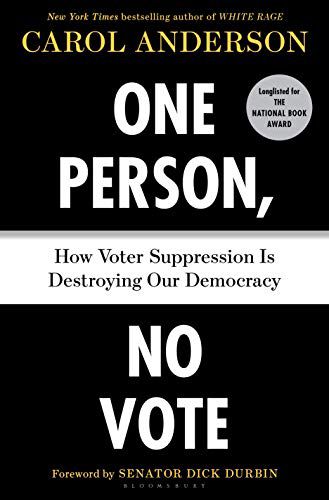 Yet another remarkable book by Anderson. In One Person, No Vote, she specifically discusses the decreasing number of Black voters since the 2013 Supreme Court Shelby ruling that axed the Voting Rights Act of 1965. In vivid detail, she walks through the many forms voter suppression takes, such as ID requirements and gerrymandering, and the resulting resistance leading up to the 2018 midterm election. 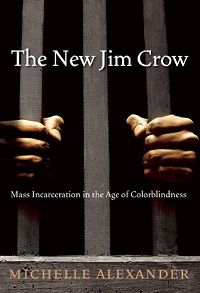 The New Jim Crow is a seminal work about how mass incarceration denies basic rights to thousands of Black people, including the right to vote. Alexander’s meticulously researched book walks readers through the systemic suppression of Black people and how the War on Drugs did the opposite of what it was intended to do. Voter suppression is a system, so it’s important to see how a critical component of that system works to deny Black people their basic rights.

If you’re looking for more books to further your political education, check out these lists: