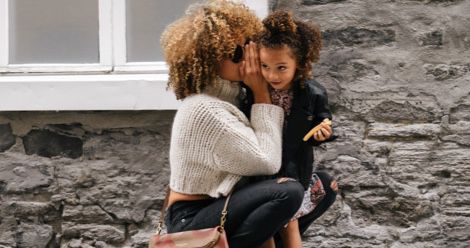 This list of books about tough topics for kids is sponsored by Magination Press. 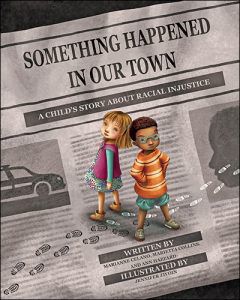 This story addresses racial injustice by showing how a white family and a black family discuss a police shooting. Written by psychologists, it also includes productive conversation starters about racism and social justice, child-friendly vocabulary, and links to additional resources.

My daughter was three when the health of one of our cats began to deteriorate. Before long, I was making trips to the vet just about every week for weigh-ins and bloodwork and, in the mornings, we gave our cat fluids through an IV. It soon became clear that the time was approaching when someone would have to come to our home and put Kooshie to sleep. I was heartsick, and agonized over how to time things just right. But on top of that, I worried about how to explain all of this to Em.

This would be her first encounter with death. If I talked about sickness and aging, would she worry about who might kick the bucket next? Would she develop a fear of abandonment when they took our cat away? Would she even understand the concept of death at all?

So I did what I always do when I feel out of my depth. I turned to books. And, as books do, it helped.

Struggling with how to tackle a tough topic with your own kid? Here are the eight books about tough topics for kids that have served me especially well over the past four years.

Books About Tough Topics for kids

Death Is Stupid by Anastasia Higginbotham

As Kooshie’s health declined, I knew I had to act fast, so I purchased a book about death from an author I had met the year before. She had created an entire series of books that dealt with those topics that are especially difficult to discuss. I appreciated the author’s simple explanation of death, her acknowledgment of people’s varying beliefs around it, and the way she addressed the things people say when someone you love has died…things that often feel unhelpful. At the end, Higginbotham included suggestions for maintaining a connection to the one who has died. The book prepared Em for the moment she finally had to say goodbye to Kooshie. Plus the use of the word “stupid” made her giggle. 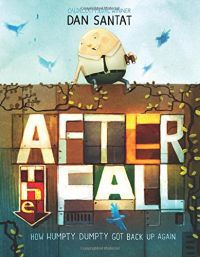 After the Fall by Dan Santat

My child is more cautious than other children, and I often have to fight the urge to just tell her, “You don’t have to be scared! There’s nothing to be scared about!” Because there’s plenty to be scared about, and also I don’t want to invalidate her feelings. So I was delighted to discover this take on Humpty-Dumpty, which acknowledged the validity of poor Humpty’s fear of heights, but then took him on a journey that eventually allowed him to move past that fear. 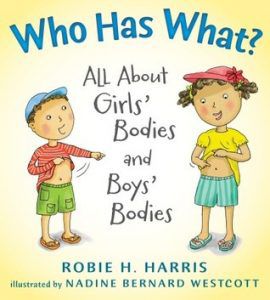 Who Has What? by Robie H. Harris and Nadine Bernard Westcott

I write about female sexuality and sex ed for a living, so you’d better believe I have an entire sub-collection of books devoted to the sex education of my child—both for me and for Em. The one that’s proven the most helpful in teaching my daughter about body parts and how they develop and work over time is this one. Em now knows the proper names for both boys’ and girls’ body parts. Plus the book maintains an attitude of body positivity—and air of “my body is awesome!”—that I hope she can hold on to for as long as possible. 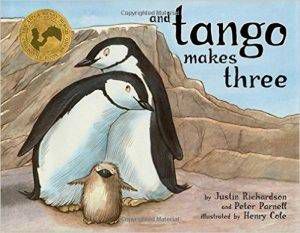 We recently got this one from the library, and it made me weepy. Based on a true story, Tango tells the tale of two male chinstrap penguins at the Central Park Zoo—Roy and Silo—who coupled up and were eventually given the chance to create their own family. When another pair of penguins laid more fertile eggs than they were able to care for on their own, their keeper gave one of the eggs to Roy and Silo. Thanks to their care, Tango eventually hatched, and the three have been a family ever since. I love the casual way in which this books shows that families aren’t always the same. 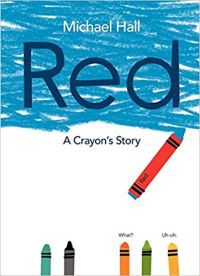 I love this story about a crayon that is supposed to be red…but isn’t very good at it. The other crayons constantly give him advice on how to be better at being red. They also speculate amongst themselves on why he’s so terrible at doing what his label clearly says he should be able to do. Then one day, a new crayon inspires him to embrace his true self, and he discovers that he’s not red—he’s blue! Once he discovers it’s okay to cultivate and support what comes naturally to him, life is pretty sweet. It’s a great book for introducing your child to the concept of gender identity. 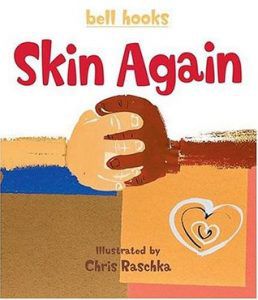 It shouldn’t come as a surprise that this book about race—and who we are on the inside—is beautiful. hooks is a powerhouse, and her invitation to kids to leave space for who people really are, in all of their incredible diversity, is at once simple and lyrical. We had borrowed this one from the library, but it soon earned a place on our permanent bookshelf. 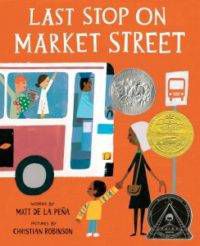 In this award-winning book, CJ and his nana ride a bus across town, eventually making their way to a soup kitchen, where they volunteer their time. Along the way, CJ muses over why some people have things that others do not, often wishing he had some of those things for himself. In response, his nana teaches him gratitude and acceptance. 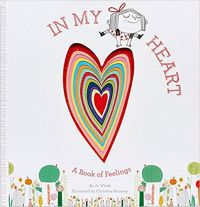 In My Heart by Jo Witek and Christine Roussey

I bought this book because it was beautiful and clever and almost like a work of art (I’m a sucker for papercut artwork), but what really won my heart was its treatment of emotions, especially for a child whose emotions always seemed just a little bit outsized. As we work our way through the book, the protagonist explains that her heart is full of feelings. That her “heart is a house, with all these feelings living inside.” She goes on to describe how all of these different feelings manifest, and what they’re called, and it is just lovely. 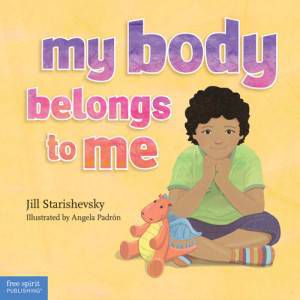 My Body Belongs to Me by Jill Starishevsky and Angela Padrón

This last book has to do with my own fears (though, in a way, I suppose they all do; as a mother, I am always afraid that I am not doing this thing right, not effectively preparing my child for the wider world). I love my daughter to bits, and want to protect her from everything forever. But I know this is impossible. Which is terrifying, particularly because she’s a girl. This last book talks about bodies and private parts and what to do if someone touches you in a way that is inappropriate.

Which books have helped you have those tough conversations with your kids?