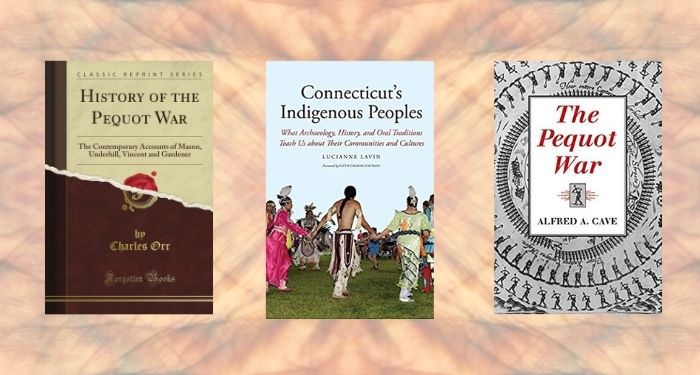 Before getting to books about the Pequot War, it’s important to give some background. The Pequot are a Connecticut Native American tribe and are members of the federally recognized Mashantucket Pequot Tribe, as well as four other state-recognized Connecticut tribes, including the Eastern Pequot Tribal Nation and the Wisconsin Brothertown Indians. They were also part of the first war between Europeans and Native Americans: The Pequot War.

Traditionally, the Pequot spoke Pequot, a dialect of the Mohegan-Pequot language that died out in 1908 with the death of elder Fidelia Fielding, the last speaker. Tribe members have been working since at least 1998 to bring their language back and in 2020, a potential breakthrough was made when the Cornell University Library returned the diaries of Fielding to the Mohegan tribe.

During the 1620s, “official” Pequot territory included about 250 square miles in what is now southeastern Connecticut and their population numbered around 9,000. The Pequot wanted more control over the fur and wampum trade, and they attempted to conquer neighboring tribes to get it. By 1635 they’d accomplished their goal, having established a tributary confederacy made up of dozens of tribes. Some tribes joined through diplomacy and intermarriage. Others were the victims of intimidation and combat.

For a brief time, the Dutch and the Pequot worked together to control all trade in the region. However, many other Native tribes were unhappy with this setup and when English traders entered the area in the 1630s and wanted to control trade on their own, war was all but inevitable.

And thus, the Pequot War. To explain the specifics and nuances of this war, I’d need to write you a book-length essay. Since the following books about the Pequot War have done a better job than I ever could, I highly recommend you check out one or more to learn the true, bloody, and historic story of the Pequot War.

Books About The Pequot War 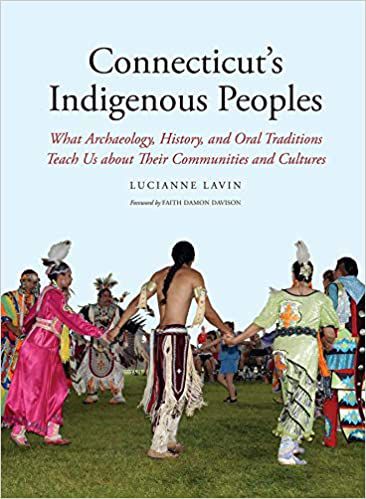 Connecticut’s Indigenous Peoples: What Archaeology, History, and Oral Traditions Teach Us about Their Communities and Cultures by Lucianne Lavin

As you can likely tell from my overly-long introduction to this article, to tell the story of the Pequot War, it’s essential to understand the lives of Indigenous people at the time. In this book, Lavin does an impressive job of looking at the lives of the Pequot and other Connecticut tribes by analyzing archaeology, oral traditions, and much more. 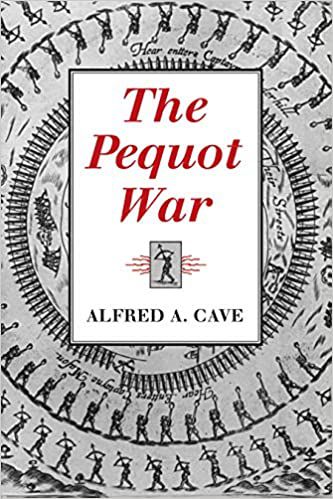 The Pequot War by Alfred A. Cave

Published in 1996, this was the first book to focus solely on the Pequot War. Author Alfred A. Cave used primary sources including linguistic, anthropological, and archaeological evidence to show his work. This is a nuanced work that helps the reader understand the complexities of the time and why Indigenous people would have sided with the very people who were seemingly hellbent on ending their way of life. 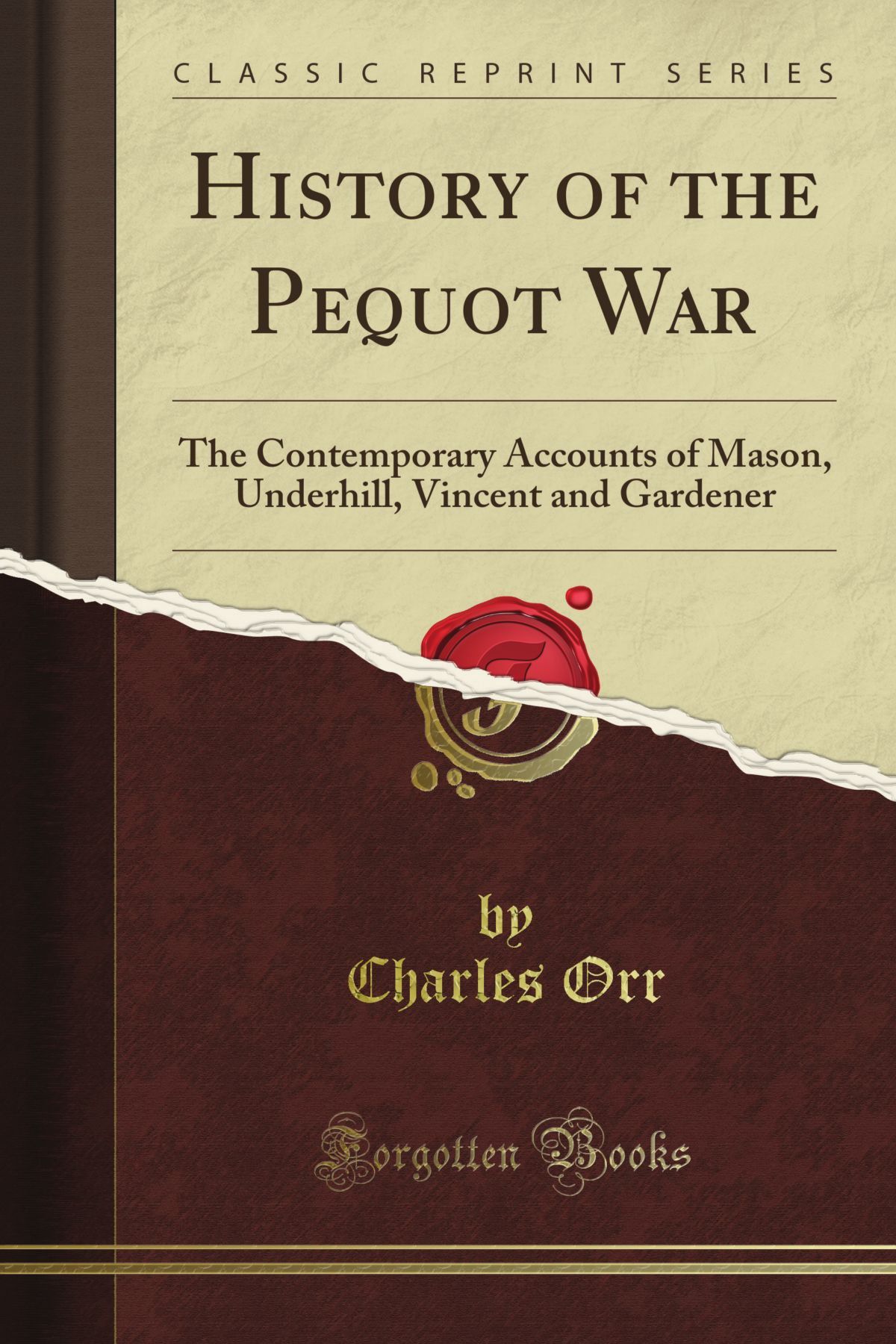 History of the Pequot War: The Contemporary Accounts of Mason, Underhill, Vincent and Gardener by Charles Orr

Originally published in 1897, this book includes the “true” stories of various people who were alive and affected by the Pequot War. Note that all of the stories included were of white settlers — there is no voice of the tribes involved. With that huge omission aside, it is interesting to get the point of view of four very different people who claim very different experiences during the war. 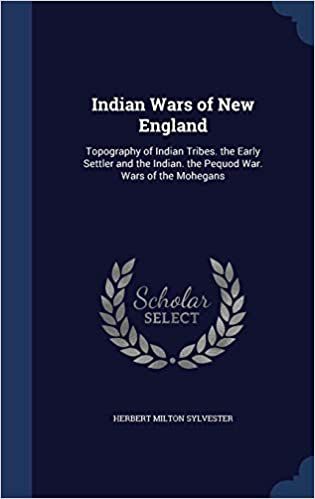 Indian Wars of New England: Topography of Indian Tribes. the Early Settler and the Indian. the Pequod War. Wars of the Mohegans by Herbert Milton Sylvester

If you want to read a book that has varying perspectives that do not always agree with each other, this is a choice. Some accounts are obviously biased while others give great insight into day-to-day life of the time. Of course, there is plenty of coverage of the Pequot War, too. 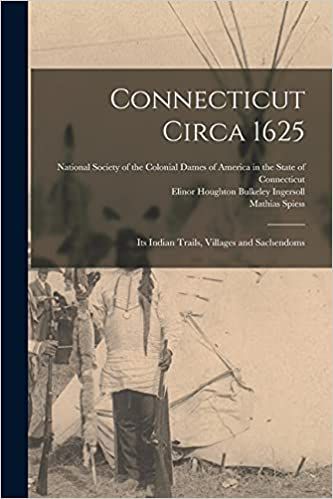 Connecticut Circa 1625: Its Indian Trails, Villages and Sachendoms by Mathias Spiess, National Society of the Colonial Dame, and Elinor Houghton Bulkeley Ingersoll

Once again, to understand books about the Pequot War, it is important to first understand what Connecticut was like before, during, and after the war. This collection of oral histories, diaries, and other documents will help round out your understanding of this particular place at this particular time.

As you might have noticed, there is very little in way of books about the Pequot war that are written by Indigenous authors or by women. This is why so many links to native sources are included in the introduction. Hopefully between those articles and these books, you will come away with a better understanding of what was the first European-Indigenous war.

For further reading, check out 8 Great Novels about the Perils of War, Indigenous Poets You Should Know, and 11 Older and Instant Classics About Indigenous People.