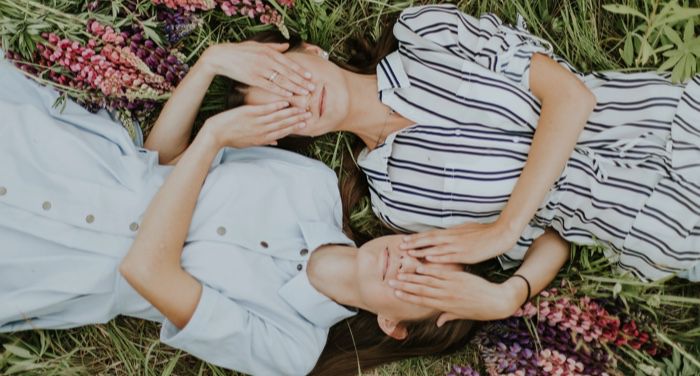 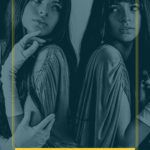 One of my favourite literary tropes is The Double. They are a reflection of our protagonist, in the form of a literal clone or an unusually antagonistic character who reveals the darker sides of our hero. Often presenting themselves as an obstacle to the protagonist’s desires—or crawling out of their own mind to incite a fight for control—these dastardly foils appear in so many great works of literature. There’s the battle for agency between Hamlet and Laertes, the intense mind-chess that L and Light engage in throughout the majority of Death Note, and the ominous reminders to ‘kill your double’ from the hit podcast Welcome to Night Vale.

The Double, a manifestation of all we want to keep hidden from ourselves, is a perfect emblem of gothic horror, a genre defined by the tension which two opposing aesthetics, ideologies, or planes of existence creates. They encapsulate what really makes our skin crawl: that we’re actually the monster in this story. Whether your Double is threatening to take total control of your mind and body, attempting to strike out on its own, or takes the form of another person who mirrors the life you always wanted, what is clear is that the only danger it poses is in its ability to shine a light on the parts of us we wish could remain covered in cobwebs. The Double uproots us and doesn’t give us the luxury of the grave to bury our secrets in.

I am constantly curious about how fiction that is not explicitly horror can still use this concept of mirroring to emphasise story and explore intriguing character dimensions. Plenty of novels that are not classified as horror novels have this trope in them, but the ways in which it is used is always alarming, unnerving, and purposefully disconcerting. Here are some examples. 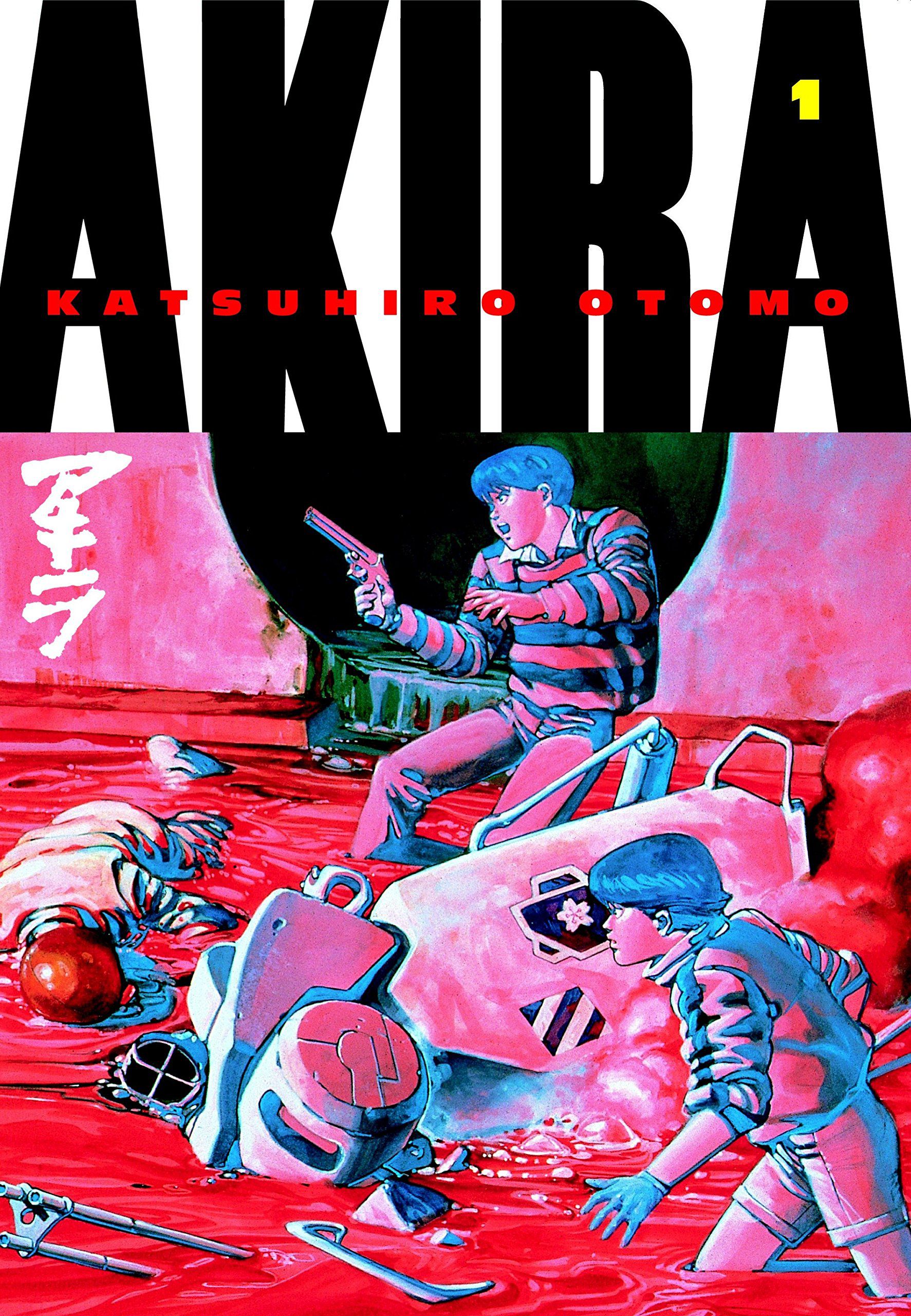 This manga falls under several categories including dystopian and science fiction, and dips its radioactive toes into some gooey body horror later on. At the centre of the crater of Neo-Tokyo, boisterous biker duo Tetsuo and Kaneda represent an enjoyable and classic Doubles dynamic. Both of them begin their stories at roughly the same place in regards to behaviour and attitude, delighting in mayhem while tearing up highways on their motorbikes. However, when their paths diverge significantly once Tetsuo is exposed to the machinations of the Akira project, they are pitted against one another in a fight for control. I find their dynamic fascinating because neither of them are ‘good’ people; both are aggressive, disrespectful, and eventually genuinely criminal, and they end up stumbling into their roles of hero and villain almost by pure coincidence rather than active choice. It shows to the reader that the situation could easily be reversed; that despite the overall theme of the manga being about a fight for agency and control, there is very little option to secure that power. Tetsuo is not only who Kaneda could have become, but represents what any of us, as a result of neglect and bitterness, could transform into. 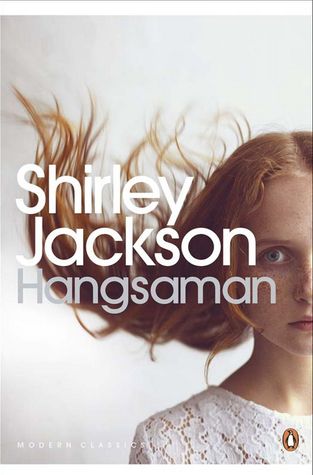 Shirley Jackson has a way of capturing the troubled exasperation of young women that I adore, as the frequent clashing feelings of entrapment and the pining for cathartic, shrieking resolution that her protagonists often experience is extremely relatable. I too want to yell in the woods a lot. However, in Hangsaman, Natalie finds an unconventional new friend in the woods to talk to, who invites her further into the warped boundaries of reality. Haunted and abused, struggling with a toxic home life in conjunction with a tough time at college, Natalie is enticed into fragmentation by her shadowy companion. The doubleness in this book is interesting; like a lot of Jackson’s work, it doesn’t confirm nor deny the reality of Natalie’s Double; they could potentially be a real person, or they could be a manifestation of her suffocated feelings. This simultaneous comfort and uncertainty is great for the Gothic atmosphere, and demonstrates the allure and the repelling qualities of the Double; we want to follow them, but at what cost? 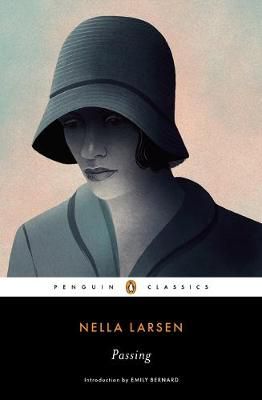 While this book is not strictly a horror novel, it does contain elements of the gothic that are intriguing, such as the tense psychological grip of the prose that will have your heart pounding. It follows Irene, a Black woman living in Harlem, who reconnects with an old acquaintance from school, Clare, a Black woman with lighter skin who has spent her early adulthood ‘passing’ as white and hiding her identity. As Clare seeks a means to reintegrate with the Black community, Irene questions her motivations, her perspective, and her own complicity in perpetuating racist ideas, but also finds herself compelled by Clare. Irene and Clare are two sides of a coin, and it is interesting to read from the perspective of a narrator who is someone else’s mirror. They expose the realities of their desires in each other and the outcomes of diverging paths in life; will they unite or will this Double require elimination? 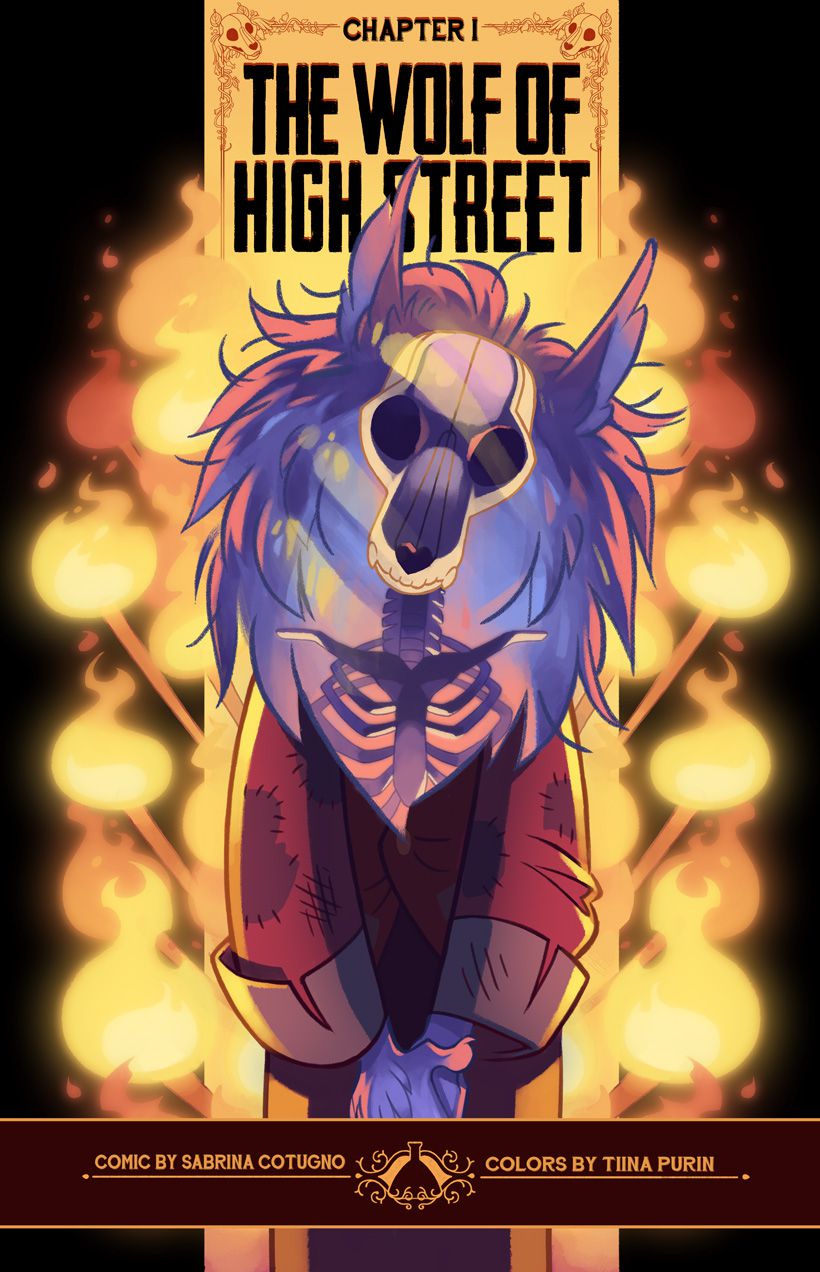 The Glass Scientists by Sabrina Cotugno

A gorgeous, energetic, and endlessly entertaining retelling of the most iconic Doubles story, Jekyll and Hyde, this ongoing webcomic is a delight. There is slight divergence from the canon – for example, one of the main problems running throughout the narrative is Jekyll’s attempts to keep his home for fellow mad scientists afloat – however it otherwise expertly tackles the original’s themes of belonging, the struggle to overcome or assimilate with our demons, and the good ol’ Victorian clash of personal and private life. One of the interesting things about it is how it entertains the idea of a person having multiple Doubles; not only is Hyde representative of Jekyll’s insecurities, but he also encounters other famous literary figures who refract his ideologies, offering new perspectives on his work. A main concern in the original, as in this, is questioning whether it is better to fragment yourself into – hopefully – manageable categories, or unite with yourself, and others, to ensure a more supported life. Is the process of making a personality-splitting potion actually an easier option than doing the hard psychological, introspective work yourself? With bright and beautiful artwork, as well as lovable characters, The Glass Scientists looks at these issues of morality and repression in refreshing ways that will have you eagerly awaiting the next update.