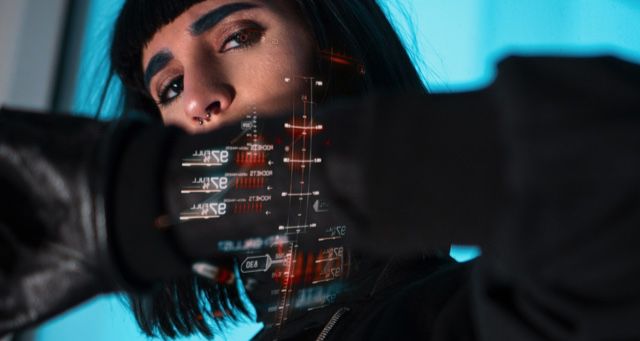 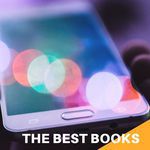 This post featuring books about technopaths is sponsored by The Hive by Barry Lyga and Morgan Baden from KCP Loft.

Some heroes fly, others have super-strength, but some of the most fascinating protagonists in fiction are the ones who meld magic and machinery. Technology-based powers, understandably enough, crop up a lot in sci-fi, but technopaths can also be found in fantasy, dystopia, and many other genres. Appearing across mediums, in comics, novels, and some pretty excellent TV adaptations, heroes – and villains – with technology-based powers have taken many forms, all of them looking at different ways that tech can change the world, for better or worse. 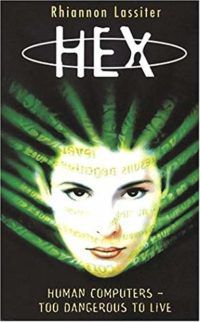 Many technopathic characters in fiction fulfill the core tenet of sci-fi: they’re a way to imagine future devices that, at the time of writing, didn’t exist, or were only in their infancy. Hex, first in a trilogy written by author Rhiannon Lassiter in 1998, shows us a world where a tiny minority of teenagers can link their brains to the Internet. The Hexes and their allies use their techno-telepathic powers to hack into the servers of a secret government agency, expose a conspiracy, and find out what happened to the many Hex children who have disappeared.

While we haven’t quite achieved the ability to psychically browse the Internet, we’re a lot closer than we were in the late ’90s. Smart houses and the Internet of Things have made us more closely integrated with the web than ever before, and in the past couple of years, scientists have taken the first steps towards linking the human brain with the Internet. So far, no children have been born with Hex powers—but in the nearish future, some of us may acquire them.

While Hexes are unstoppable online, they’re not necessarily the strongest fighters IRL. However, there are more than a few technopaths who can throw down when they need to. Abby in C.B. Lee’s Sidekick Squad series can manipulate technology with her mind and uses it to build a mecha suit, help her friends fight a corrupt government (I’m sensing a theme…) – and also fixes her girlfriend’s adorable cleaning robot. Jack in Katherine Ellis’s indie comic series Crankrats can control electricity, an experiment-induced power that is often more trouble than it’s worth, but which can certainly pack a punch. Like the scientific breakthroughs that are beginning to link human brains to the Internet, these kinds of powers aren’t too far away from becoming reality. No one has yet been able to put a mech suit together with their brain, but the suits themselves do exist. As for electric weapons, wireless Tasers have been around for a few years now, although they aren’t as cool and steampunk as the technomancy wielded by the Crankrats. 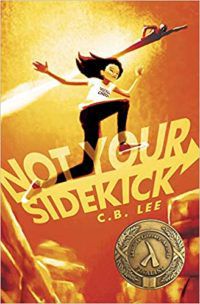 Technopathic powers come in a variety of different forms, but the majority of the wielders seem to be women. Alongside Abby, and Raven and the other female heroines in Hex, there’s Agatha from the long-running Girl Genius comic series. (Notable mention also goes to Riri Williams, also known as Ironheart – while she doesn’t have technopathic powers per se, her skill with mechanics and genius-level intelligence means that she definitely deserves a shout out). Characters who wield technology-based powers often seem to experience multiple marginalisations that apply both to their fictional societies, and our real one. Abby is a demisexual lesbian; Riri is a black girl who has to contend with a racist society as well as supervillains; Jack from Crankrats belongs to the Altavian minority culture in the country where he lives, and is a man of colour in a city of predominately white people.

Why do so many technopathic characters have marginalised identities? It’s possibly because technology can be a great leveller, in stories as well as in reality – although not always. Look at Batman and Iron Man, strong contenders for ‘most privileged characters in fiction’. Technological ability is only one part of the equation – you also need the resources to access it, and if the fictional world – or the real one – doesn’t provide equal access, privileged characters will have more power in this sphere (as well as all the others). Of course, marginalised tech-wielders who manage to circumvent the gatekeepers can gain power for themselves – but if they do, they’ll usually have to contend with a repressive government trying to take it away. 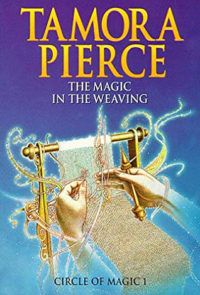 Sufficiently Advanced Technology, and Other Magics

In some stories, the lines between technology-based superpowers and more fantastic, magic-adjacent superpowers (or just plain old magic) seem to be clearly drawn. Abby’s tech-based superpowers are measurable and work in a way she can predict, while many of the other superpowers in the Sidekick Squad universe are based more on gut instinct. However, some technopathic powers exist right alongside magic, and are taught and viewed in the same way. Sandry and Daja in Tamora Pierce’s Circle of Magic series are both young mages, Sandry working her magic through thread and sewing, and Daja through smithing. Although there are no computers in the Circle of Magic world, I firmly believe that Sandry and Daja still count as technopaths – just using a more traditional kind of technology (and as a knitter, I contend that yarn- and thread-work was the first 3D printing). Technopathic characters remind us not only that sufficiently advanced technology is indistinguishable from magic, but that there is magic in the kinds of technology that we’ve learned to take for granted.

If you’re inspired to read more technological wizardry, try 16 Books About Hackers That Will Make You Want To Code. To bring some technology into your reading life, have a browse through 10 Bookish iPhone Apps You May Not Have Heard Of.