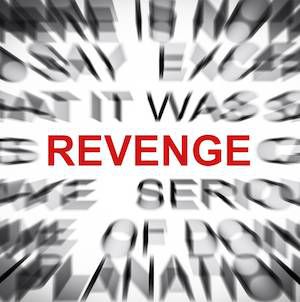 The greatest injustice of my adolescent life came when I was 16 and one of my closest friends patiently endured several days of me freaking out about asking This One Dude to our junior prom and then proceeded to ask him herself before I could put it on lock. There were just 140 kids in our class and most of us had never endured anything crueler than not being able to get Dave Matthews Band tickets, so her maneuvers were seen as some varsity-level Benedict Arnold shit. Before you get too riled up on my behalf, know that it turned out fine; someone awesome asked me to the prom a few days later, and the friend in question and I danced it out at said prom to The Indigo Girls’ “Closer to Fine” and are now closer than ever (to each other, and, yes, also to Fine, as those prophetic words suggested all those years ago). But you had better believe that for those four intervening days where I didn’t have a date, every part of my brain that wasn’t hung up on acne and/ or SAT test prep was thinking about revenge scenarios of varying levels of intensity. High school hath no fury like a teenaged girl scorned.

Revenge narratives are cropping up all over YA lit these days, in numbers too large to just be a weird coincidence like that time Random House published two novels about children of Elvis impersonators inside of a year. (You thought I forgot that one, didn’t you, Random House? I forget NOTHING.) The volume of intricacy needed to set up a revenge plot requires a level of world-building that we more frequently associate with/ expect from other YA sub-genres and, when done well, delivers a delightful YA Fantasy/ Contemporary chimera. If you’re looking to build a bookshelf that would be admissible in a court of law during your trial for murdering the next friend who gives your potential prom date the side-eye, here’s where to start:

Get Even by Gretchen McNeil. Teenage vigilantes band together to right the wrongs of high school bullies, largely by setting up said bullies to look incredibly stupid in front of large groups of people. It’s all very John Tucker Must Die until someone actually does die.

The Rules by Nancy Holder. The only thing better than an elaborate revenge plan is an elaborate revenge plan constructed as a scavenger hunt by a rich kid with an axe to grind. Following the suicide of his sister, Caleb reads 13 Reasons Why and then watches a ton of Saw movies (I assume, anyway) before tricking out an abandoned warehouse like a serial killer and luring his targets there. Look for this one when it releases in Spring 2015.

The Perfectionists by Sara Shepard. I hung in on Pretty Little Liars for a long time- well after they started dropping that Oh BTW I Have A Secret Evil Twin No One Knows About nonsense- but recently decided it was time to throw in the murdery towel on the series. The Perfectionists, happily, takes plenty of cues from the PLL playbook without getting into No Really I’ve Had A Twin This Whole Time It’s So Weird None Of You Noticed territory. A group of students has a theoretical (…OR WAS IT) conversation as to how they would best kill the Class Asshole (a character so miserable that within a few pages the reader wants in on the plot to off him) only to wake up the day after a drunken rager to find out that someone has carried out their hypothetical (…OR WAS IT) plan.

Burn for Burn by Jenny Han & Siobhan Vivian. This series is a revenge master class: Three teenagers orchestrate a Strangers on a Train vengeance round robin that would make Machiavelli slow-clap. This is the rare co-written YA that doesn’t read like it was conceived as a front for YA author friends to spend a week in a hotel getting drunk and banging on a laptop; it’s just fantastic.