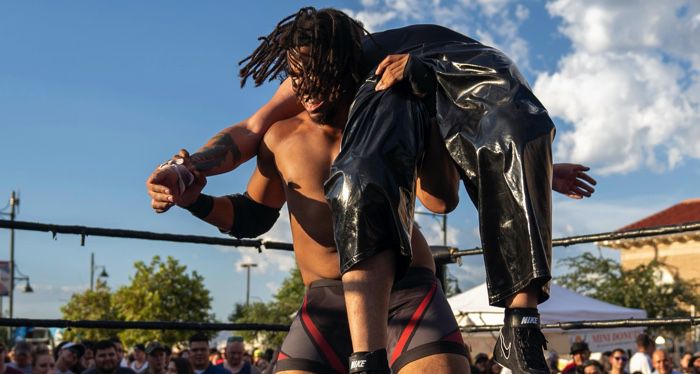 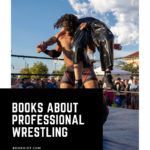 Back in the 1970s and ’80s, Saturday morning television was all about professional wrestling – Giant Haystacks and Big Daddy are names that will trigger nostalgia in anyone who lived in the UK at the time. The dawn of Progress wrestling brought attention back to the art and in the past few years, wrestling schools like Knucklelocks in London have helped a lot of new talent into the ring.

Though wrestling rings today are full of diverse talent – men, women, and nonbinary people, as well as people from a range of ethnic backgrounds and walks of life – books about wrestling remain overwhelmingly written by white men. I’m always hopeful that this will change, especially given the growing interest in its history and the raft of diverse talent making the ring their home right now.

So, here’s a list of books about pro wrestling for the initiated – and the uninitiated: 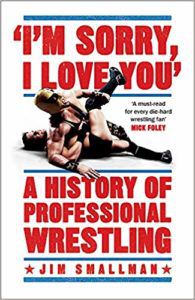 I’m Sorry, I Love You by Jim Smallman

Smallman was one of the founders of Progress in the UK, and was effectively the face of the company from his position as ring announcer at Progress shows. This is an accessible read and has some light moments to counteract the convoluted history of wrestling. Smallman’s love and dedication for wrestling is clear, and even for a newcomer it’s bound to be interesting.

Shinsuke Nakamura currently works for WWE and has risen through the ranks from his early life in Japan to being a huge talent across the United States. His usual demeanour in the ring is dramatic and the book operates through an oral history, with Nakamura speaking directly to the reader. Rather than focusing on his career with WWE, this details his early life and commitment to wrestling both as a child and in college, before his work in MMA and pro wrestling. If you like to see how someone starts out, this is a great one.

Jim Cornette Presents: Behind the Curtain by Brandon M Easton

Funded through a Kickstarter with high expectations, this graphic novel contains a selection of pro wrestling stories, narrated by legendary commentator Jim Cornette. The book also includes news clippings and a neat glossary of terms for those who want to dig a little deeper into the linguistics of pro wrestling.

Andre the Giant: Life and Legend by Box Brown

You probably can’t mention wrestling without talking about Andre. Though as a child I knew him best for his role in The Princess Bride, his pro wrestling career is a thing of legend. This is a graphic novel which depicts the highs and lows of his life – the physical pain in his body, the struggles he faced with his own size, and the adoration he acquired from fans worldwide. Bittersweet, but a lovely read. 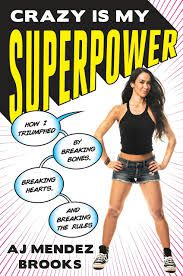 Crazy in My Superpower by AJ Mendez

A retired wrestler, AJ Mendez is known for pushing back against expectations that she would be a damsel in distress in the ring, and defined her own path as an independent and strong woman in the pro wrestling world. This book details her upbringing, her struggles with mental health, and her determination to be both inspired and inspiring. It’s a great book for any women who want to step into the ring but feel there’s no place for them.

The Rock Says by Joe Layden

Much like Andre the Giant, The Rock’s name is a hallowed one for pro wrestling fans worldwide. I’d love to read a full and recent autobiography, but this gives good insight into The Rock’s life, his entry to pro wrestling and WWE. There are sections of the book which are written from the point of view of him as a wrestler in the ring, which is a nice addition for a hardcore fan.