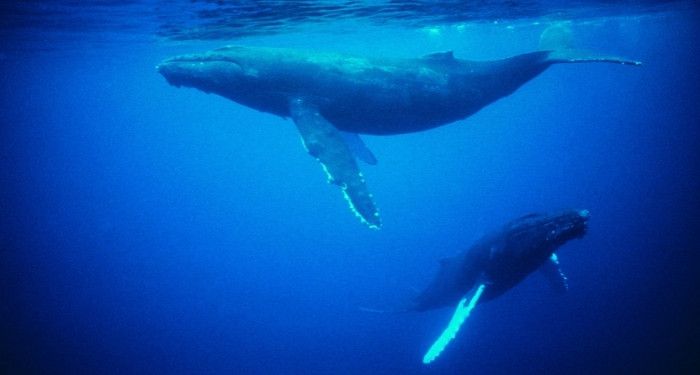 As far back as I can remember, I’ve been fascinated by ocean life, but always from a distance. I have a distinct memory, though I don’t even know if it’s real, of my dad and I channel surfing and landing on a show about whales or coral reefs or something. As a kid, I imagined the ceiling fan in my bedroom was an octopus. In high school, my best friend and I regularly wandered around exotic pet stores admiring all the colorful fish in their tanks. My first pet was a goldfish named Flash. I screamed every time I had to take him out of the bowl to clean it.

The problem: I’m petrified of deep water. So my only fix for a curiosity about majestic sea creatures is through nature documentaries and books about ocean life. That’s fine by me, because in the last few years, a slew of incredible, unique books on the subject have been published.

These books about ocean life aren’t textbooks showcasing each species under the sea. They’re deep, thought-provoking texts about how some of the world’s greatest creatures are still mysteries to us, how humans are interrupting their communication, and how climate change and pollution are ruining their homes. These books are written by people who have devoted their lives to studying — and saving — the ocean.

Books About Ocean Life for Adults 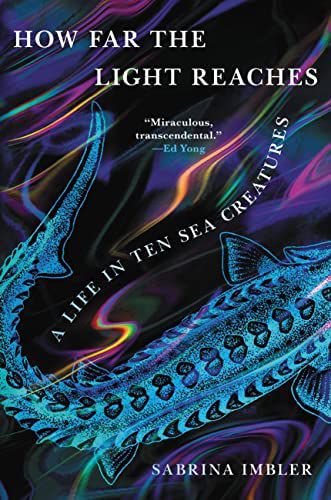 How Far the Light Reaches: A Life in Ten Sea Creatures by Sabrina Imbler (Little, Brown and Company, December 6)

Sabrina Imbler has always been enraptured by the allure of sea creatures, from the time they protested the sale of goldfish at a pet store to the years spent studying a variety of life. Each essay profiles a different creature — the deep ocean octopus who starved herself watching over her eggs, the Chinese sturgeon who smash into the dams that block their migration route — as Imbler tells an intimate story about their life as a queer, mixed race science writer. How Far the Light Reaches is a truly unique collection of essays about ocean life as it pertains to the author’s own story. 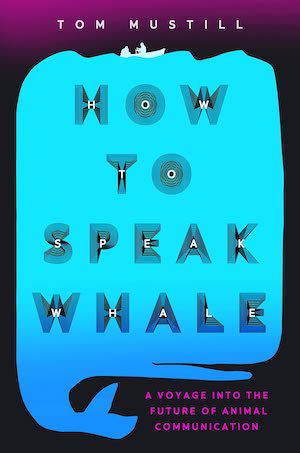 How to Speak Whale: A Voyage into the Future of Animal Communication by Tom Mustill

When a 30-ton humpback whale breached and landed on top of Tom Mustill’s kayak, he was inspired to study interactions between humans and whales. They can’t all be as dramatic as his, but the connections are still fascinating. He meets two tech entrepreneurs who use artificial intelligence to analyze and decode animal language, eavesdropping on the world’s largest mammals. How to Speak Whale goes beyond the use of technology in understanding whale communication, though. Mustill dives into the history of the whaling industry and looks beyond, questioning if human–whale communication could actually be harmful. 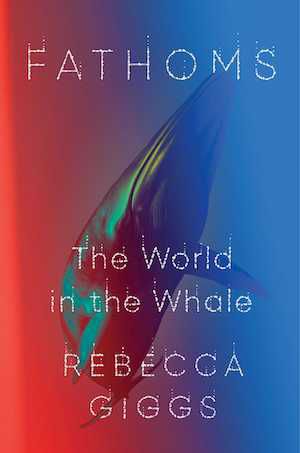 Fathoms: The World in the Whale by Rebecca Giggs

Fathoms explores changes in ecology through the lives of whales. After spotting a humpback whale stranded on her local beachfront, Rebecca Giggs was curious to find out what it meant about the condition of the ocean. The book melds together history, philosophy, and science to figure out how whales experience ecological change, especially in a time of technological advances and devastating pollution. She also shares the magic and mystique of these beasts, from beautiful whale songs to rare whales that haven’t even been named yet. 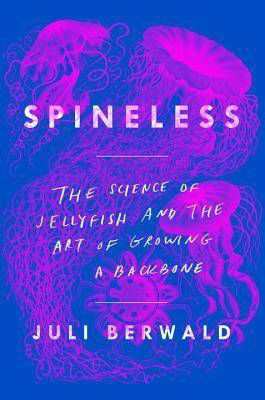 Spineless: The Science of Jellyfish and the Art of Growing a Backbone by Juli Berwald

Juli Berwald left her career in ocean science to raise a family, but a decade later was drawn back in by jellyfish. They’d been clogging power plants and decimating fisheries, and she wanted to figure out what was causing the jellyfish population explosion. Spineless is the fruit of that journey across the globe, meeting biologists who are devoted to jellyfish and even raising jellyfish in her own dining room. 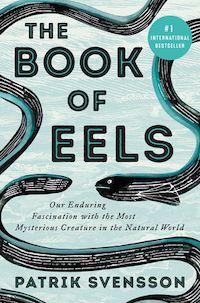 The Book of Eels: Our Enduring Fascination with the Most Mysterious Creature in the Natural World by Patrik Svensson, translated by Agnes Broomé

What do we know about eels? Very little! No one knows where they come from or what they are, really — fish? snakes? How do they reproduce? Patrik Svensson looks at these questions and more through research, literature, history, marine biology, and his own experience fishing for eels with his father. The Book of Eels is a gorgeous blend of memoir and nature writing, with the eel mystery becoming a vessel for understanding the human condition. 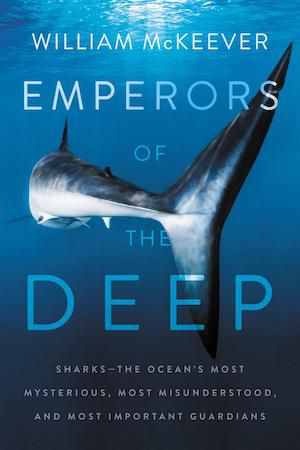 Emperors of the Deep: Sharks — The Ocean’s Most Mysterious, Most Misunderstood, and Most Important Guardians by William McKeever

William McKeever, documentarian and conservationist, wants to reset the record on how our society views sharks, because it’s not all the drama and horror of Jaws and Shark Week. Emperors of the Deep focuses on four species — mako, tiger, hammerhead, and, of course, the great white — and shares fascinating facts, like how sharks are 50 million years older than trees and have survived five extinction-level events. The most devastating truth of all: sharks account for a mere six human fatalities per year, but humans kill 100 million sharks per year.

Books About Ocean Life for Kids 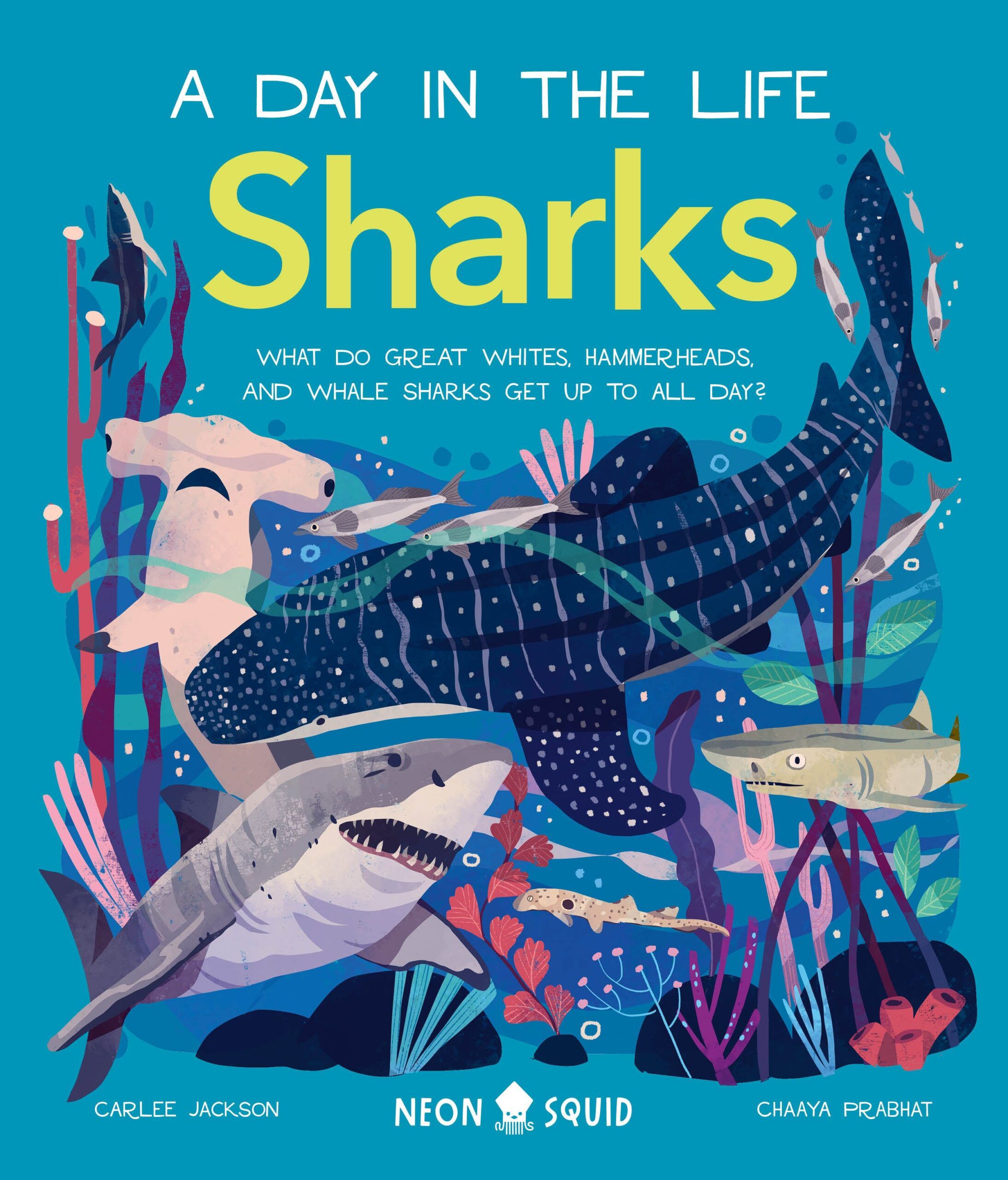 Sharks (A Day in the Life): What Do Great Whites, Hammerheads, and Whale Sharks Get Up To All Day? by Carlee Jackson, illustrated by Chaaya Prabhat

If you’ve ever wondered what a shark does all day, Carlee Jackson has the answer. The marine biologist and shark conservationist brings us on a journey through the ocean, where a great white shark escapes a pod of orcas and a nurse shark sleeps in a coral reef, all the while dropping little animal facts. Chaaya Prabhat’s gorgeous and colorful illustrations make this picture book about ocean life an unforgettable one. 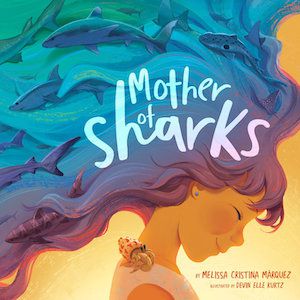 Mother of Sharks is a beautiful picture book melding science and fantasy to tell the author’s origin story. Melissa Cristina Márquez, a shark scientist, loved the ocean more than anything when she was a kid. She never wanted to leave the beach near her home in Puerto Rico, and in this story, she meets a crab who takes her on a dreamy adventure through the ocean to teach her the truth about sharks. Devin Elle Kurtz’s illustrations add beauty to this fantastical tale about marine conservation.

If you’re looking for more like this, check out these ocean books for kids and books about whales. Alternatively, scare yourself with some horror books about the ocean.