It’s that time of winter (or winterish spring) when I’m nature-hungry. Chicago usually has harsh winters; going outside is not pleasant from November to March or even into April. Sometimes I’ll have that moment that makes me really yearn for those temperate months. I’ll smell dirt or see a patch of green (but very dead) grass that reminds me of picnics in the park and happy walks in the blossoming world. I miss birds twittering away in trees and fat bunnies on all the green spaces. To tide myself over, I read nature and animal books to help get me through this gray cold time. We’re facing snow here tonight in Chicago as I type this.

Below are some books about people’s contemplation and relationship with animals and nature. Some of the books about nature in particular feature very unusual takes on our relationship to the animals around us. A few authors focus on the thrill and danger of the African bush with elephants and other megafauna. 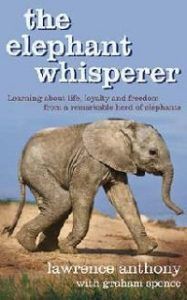 The Elephant Whisperer is the story of South African Lawrence Anthony rehabilitating very traumatized elephants. It starts with a phone call offering up a group of elephants to him. If he didn’t take them, they would all be shot. And thus begins the painful and beautiful story of his relationship with a herd of elephants. Babylon’s Arc, though written first, is Anthony’s struggle to rehabilitate the Baghdad Zoo after the most recent Iraq war. It’s an incredible reminder about the cost of war on everyone and everything around us. The last book is his work to try to save the rhinos in war-torn Congo. It ends up being an interesting look at the infamous Lord’s Resistance Army settled in part of the Rhino territory. I highly recommend reading these books in order. 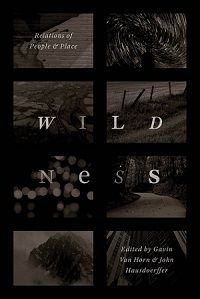 Wildness is a collection of essays about humans and our relationship to nature. What is the meaning of “wild” in the U.S.? In Enrique Salmon’s “No Word,” he discusses how there is no word for wild in his native language of Rarámuri. There’s no setting aside the world of human and the world of the wild. It’s a beautiful essay about the importance of how language divides and separates us. We are part of nature and nature is part of us. In Mistingutte Smith’s essay “Wild Black Margins,” she discusses the intersection between African Americans and land. She talks about what is perceived as wilderness and the complicated story of land in the U.S.

City Creatures is another collection of essays that focuses on animals in urban environments. There are beautiful essays, photos, and comics about the animals that live amongst us.

Wild Ones: A Sometimes Dismaying, Weirdly Reassuring Story About Looking at People Looking at Animals in America by Jon Mooallem 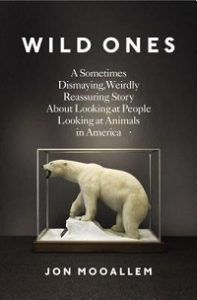 This book is one of my favorite books about nature. Mooallem focuses on three species—the polar bear, Lange’s metalmark butterfly, the whooping crane—to explore the U.S.’s changing perception of animals and humans. I didn’t know much about the origins of conservation in the U.S. The title is apt; the stories go from hilarious to tragic. One that sticks in my mind is about a scientist who lived with a whooping crane, a very endangered species. She had been raised by humans and had imprinted. In order to artificially inseminate her, one scientist lived with her and did bird things, like digging for bugs and nesting. When they did a mating dance, his assistants would rush in and inseminate her. After a few miscarries, she finally laid an egg. During the time, he was waiting to talk on the Lettermen show when he realized that he was about to be skewered for this experiment. But then he got a phone call saying that a coyote had broken into the habitat and killed both the crane and her offspring. 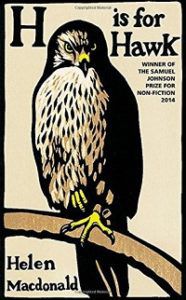 This memoir details Helen MacDonald’s experience training Mabel, her Goshawk, as a way to deal with the sudden death of her father. While she discusses the particulars about training a hawk, it’s a very psychological book, looking at the issue of death and grief.  She talks a lot about the author T.H. White’s chronicle The Goshawk where he details his attempt to train a goshawk and focuses on the author’s own complicated life. It won the 2014 Costa Book of the Year.

Whatever You Do, Don’t Run: True Tales Of A Botswana Safari Guide by Peter Allison 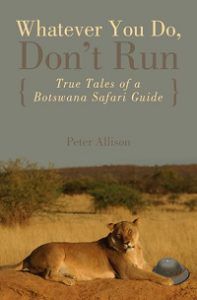 In comparison to the other books, this book is a breeze. It details Peter Allison’s misadventures with elephants, water buffalos, and crocodiles while working as a safari guide. Most of his stories leave you wondering how he lived to tell the tale or how he stayed employed.

The Urban Birder by David Lindo

This book is about the birding life of David Lindo. His philosophy is simple: look up. He advocates for birding in the most unexpected areas: green spaces in the middle of the city. You never know what will happen. In addition to this wonderful philosophy, he talks about how he got his start as a birder and his experiences of being the son of Jamaican immigrants in England. Truly a book for aspiring birders.

Unseen City: The Majesty of Pigeons, the Discreet Charm of Snails & Other Wonders of the Urban Wilderness by Nathanael Johnson

This was one of my favorite books of 2016. The inspiration for the book comes from Johnson’s tiny daughter who asks him questions about the nature he sees on their walks. So he writes the book, dedicating each chapter to an organism like pigeons, ginkgo balboa trees, and more. The pigeon chapter I thought was rather enlightening. Two words: pigeon milk. 🙂

Last Chance to See by Douglas Adams and Mark Carwardine 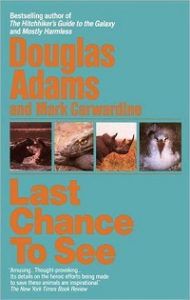 Oh Douglas Adams, how I love you so. This nonfiction book is about Adams and zoologist Carwardine traveling across the world to seek out endangered creatures. They look for the Yangtze river dolphin, the kakapo in New Zealand, the Komodo dragon on a Indonesian island, and much more. It ranges from funny to sad with all the wit of Douglas Adams at the helm. You’ll fall in love with the ridiculous kakapo just like Adams. Also twenty years later (and after the too-early death of Adams), Stephen Fry and Caradwine do a TV series to revisit some of the creatures. Again, funny and depressing all the same time.

Being a Beast by  Charles Foster 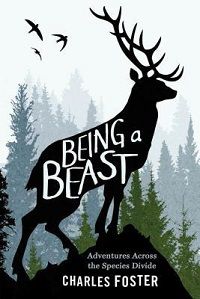 This has to be one of the strangest books I’ve read in a long time. It was mentioned in a This American Life episode in 2016 but it’s even weirder than the segment goes. Foster wants to really understand what it is like to be an animal. So he decides he’s going to try living and experiencing the world as five different animals: badger, otter, red deer, swallow, and urban fox. He talks about living in a hole with his son as they pretend to be badgers. Or hiding in the bushes in London to understand how a fox saw the world. Or he asked a friend with hunting dogs to have them chase him in the woods to see how far he could get. The books sometimes go places I didn’t expect but it’s certainly a unique read.

I hope you enjoy these books about nature to help you get through the last few months of winter.