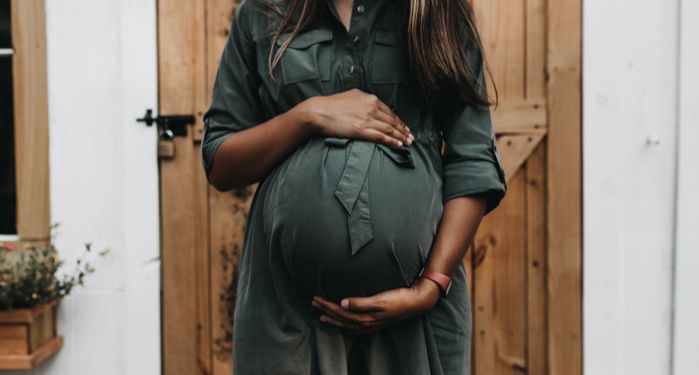 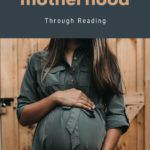 Motherhood didn’t come naturally for me. Somewhere deep in my soul, I knew that it was going to be difficult. Reflecting back on the early days of pregnancy and thinking of all the ways I wanted to be a mother, it’s easy to feel like a failure. I wanted to be a calm and loving and patient mother. However, in order to do all of that you have to be a calm and loving and patient person. Expectations of what I thought motherhood would look like for me and the crushing disappointment that I was nothing like my ideals held me in a deep depressive cycle for a few years.

In a way, it was like an identity crisis. I didn’t have my own mother to turn to when I needed help—and honestly, I didn’t want the term “mother” to smother my identity. There had to be more to me than that. I wasn’t “just” a mother.

What I didn’t realize was that I was internalizing the disdain for women and motherhood that our society consistently holds over us. Stay at home with your kids, and you’re smothering them. Work and you’re a bad mother. Accidents aren’t allowed to happen, and if they do, you were lazy, selfish, etc. Motherhood felt like a never ending spiral of damned if we do, damned if we don’t. It felt like we had to keep up with everyone’s expectations, while still looking good, and manage our lives without fault. It was exhausting—I was burning out—I couldn’t live like this. Really, who could?

So I did what any self-respecting lit nerd would do.

I turned to fiction to help me find the meaning in motherhood. What I found were strong women who did what no one else could do. They had to dig deep to find their strength, to appreciate their sacredness. Women who held complicated emotions and got through complicated situations—often without mercy from the world they were living in.

Here are five books that really made motherhood for me. They’re dark, but what do you expect from someone whose favorite novel is Frankenstein? At this point in my life, I wasn’t interested in these fairy tale versions of motherhood. I prefer the messy, the gritty, the sometimes haunted, mothers who found their ways…or didn’t. Books where motherhood isn’t beautiful but it is, almost, sacred.

5 Novels That Helped Me Find Meaning in Motherhood

Trigger Warning: Some of these stories contain physical and sexual violence against women. Move ahead with caution. 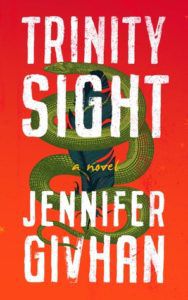 Calliope Santiago’s world is (literally) rocked when she suddenly finds herself on the side of the road on her way home from work. Something like the apocalypse just happened. Her family has disappeared. Gone. Heavily pregnant with twins, she finds her way through this hell to get back to her son, husband, and mother. On this journey she reaches back into her grandmother’s oral historical tradition to put the pieces of what is happening to her together—to find the way home. 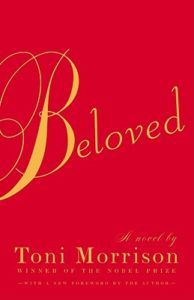 The loss of a child is pretty gut wrenching—but put that loss in the middle of a brutal time where humans were bought and sold for their labor and you have Beloved. Sethe is haunted by her dead baby, and more, her memories of being a slave. Sethe’s trauma keeps her from moving forward in her life, even after her escape. She has had to make some really hard decisions, and lives with those. Toni Morrison makes us wake up to pain, and morality, and healing. Morrison makes us as the question, what would we do when there’s no hope? 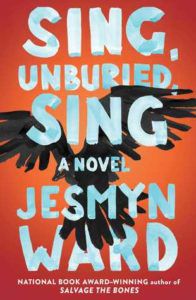 Jojo and his sister, Kayla, are pulled into a car by their estranged drug addict mother, Leonie, to travel across the state to pick up their father from jail. This story is half myth, half ghost story, and all humanity. Leonie’s journey to motherhood is messy. Leonie is messy. Jojo prefers his grandparents to her, and Leonie doesn’t like that. But can we blame him? As he has to come to terms with his mother, Leonie also has her own ghosts to deal with. Motherhood isn’t perfect and in a lot of ways it’s completely messy. 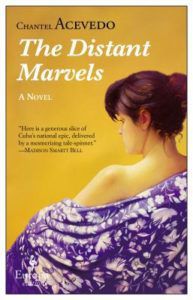 I think that we often find ourselves through the art of storytelling. It’s where we find our strength. The year is 1963 and Hurricane Flora is bearing down on Cuba. Maria Sirena and 7 other older women were evacuated to the Governors Mansion to shelter in place. During this time, Maria’s storytelling strength comes out. She talks about her childhood growing up during Cuba’s third war of independence. As the storm rages, Maria’s story changes—and she tells the story of a mother in search for a life for her child. It’s a story about the deep love that a mother carries, the sacrifices we make, and the incredibly difficult designs we have to make. 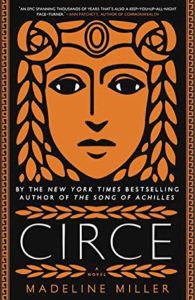 What would the goddess of magic do to protect herself and her son? The answer is anything. This is the story of Circe, the witch that turned Odysseus’s men into pigs (I mean, because they were). How she grew into herself from an overlooked/underloved daughter of Helios to a fierce myth in her own right. This is a story about love—a woman’s love for her son and then a woman’s love for herself and not settling for the crap that the world around her delivered. If anything, this novel helped me embrace my power, my complications, and my identity as a woman and as a mother.