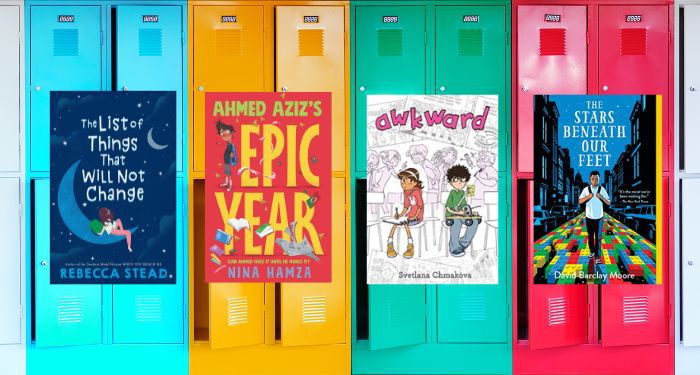 As a middle school librarian, I get the opportunity to read a lot of books that let me relieve the painful, awkward, and fun years of middle school. For many students in the U.S., the move to middle school brings about big changes. They might be in a new building, have a new type of schedule, and be navigating a locker for the first time. Along with all of this comes an increasing focus on friends and classmates, and changes that can fracture friend groups or make kids feel lonelier at school than they have before. In my experience, middle grade readers are especially eager for realistic fiction books, since seeing characters confront some of the same new experiences helps them feel less alone.

Whether they’re starting at a school where they don’t know anyone else, have embarrassed themselves by dropping their lunch on the very first day of the year, or are feeling like their friends and they don’t share the same interests anymore, there’s a middle grade character who has been there. In this list, you’ll find a great group of kids ready to help middle grades take the next step into a new school year. 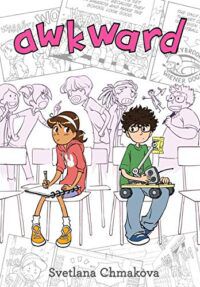 Penelope Torres has two rules for surviving school: don’t get noticed by the mean kids and seek out groups with similar interests and join them. But on her first day at a new school, she trips a shy boy in the hall, earning her the label of “nerder girlfriend” and causing her rules to go out the window. This graphic novel accurately explores the embarrassments, dramas, and friendships of starting middle school in a relatable way. 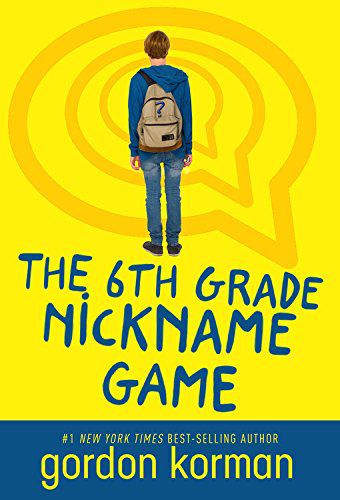 Gordon Korman is a great choice for middle grade readers looking for relatable and touching stories with plenty of humor. Best friends Jeff and Wiley are legendary among their 6th grade peers for the nicknames they bestow upon everyone from teachers to fellow classmates. But Jeff and Wiley are about to find out how much their game can hurt, and what the consequences are of having fun at others’ expense. 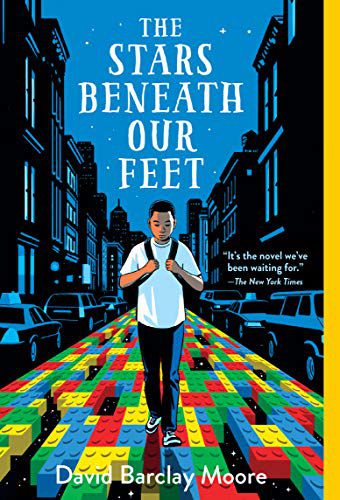 Twelve-year-old Lolly Rachpaul and his mom are still reeling from his brother’s death in a gang-related shooting when his mom’s girlfriend gifts him with a bag of LEGOs. Lolly has always prided himself on assembling LEGO sets precisely, but now he has a mismatched bag of blocks and no directions on how to move forward. This book shows a middle schooler processing grief, trauma, and choices about the future. 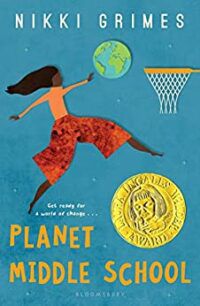 Poetry-loving middle schoolers will want to grab this novel-in-verse about Joylin Johnson, a middle schooler who feels like everything is changing too fast. Joylin’s gone from hanging with the boys and playing basketball, to struggling to find where she fits in and why all her friends are suddenly more interested in flirting than friendship. Middle graders will relate to Joylin’s feelings of everything changing too fast and her complicated feelings for the new boy in the neighborhood. 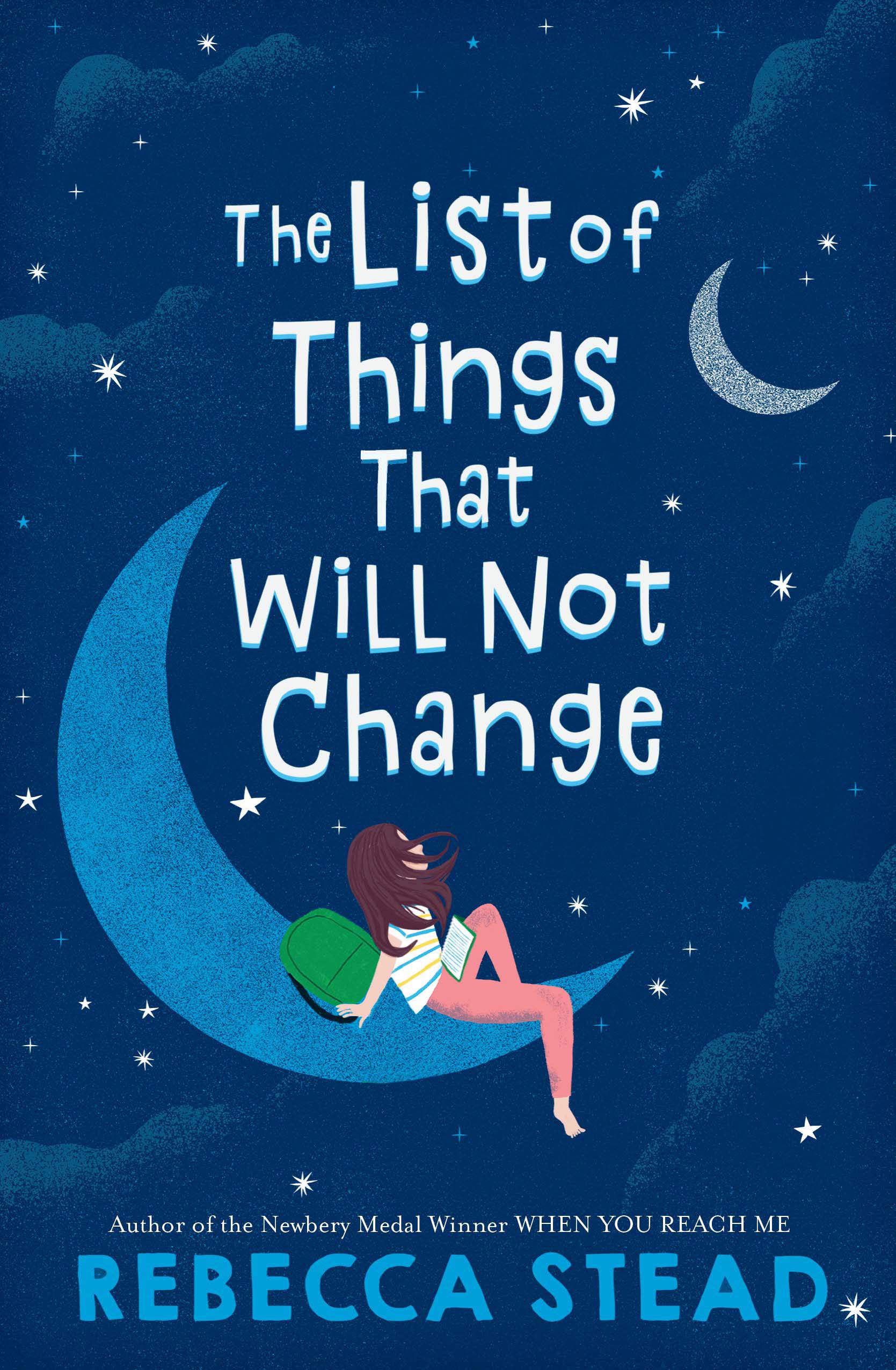 The List of Things That Will Not Change by Rebecca Stead

Bea’s parents may be divorcing, but Bea knows the one thing that will never change: that Mom and Dad love Bea and will always care about each other. So, Bea doesn’t mind when her dad decides to marry his boyfriend Jesse and combine their families. At first, Bea is thrilled to get the sister she’s always wanted, but she then finds that blending families and having a new stepdad is more complicated than she thought. 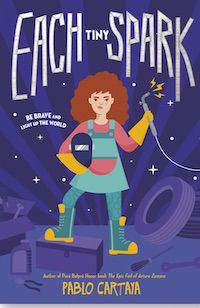 Emilia Torres tries hard to focus, but her mind seems to wander, both in school and at home. The only thing she seems to be able to focus on is the car she and her dad, who recently returned from a deployment and has been acting different, are fixing up together. As Emilia and her dad work on the car, she starts to feel glimpses of her old dad and family appear. But then, a crisis occurs in their community, and Emilia has to use her skills to tackle big and small problems in this moving book. 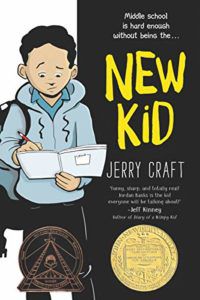 Seventh grader Jordan Banks loves drawing, his family, and his neighborhood of Washington Heights. However, instead of sending him to the art school of his dreams, his parents decide to enroll him in an academically rigorous school where he is one of the few students of color. Jordan feels like he’s torn between two worlds, and has to figure out how to fit in, without losing what makes him stand out. This award-winning graphic novel will instantly connect with kids feeling out of place at a new middle school. 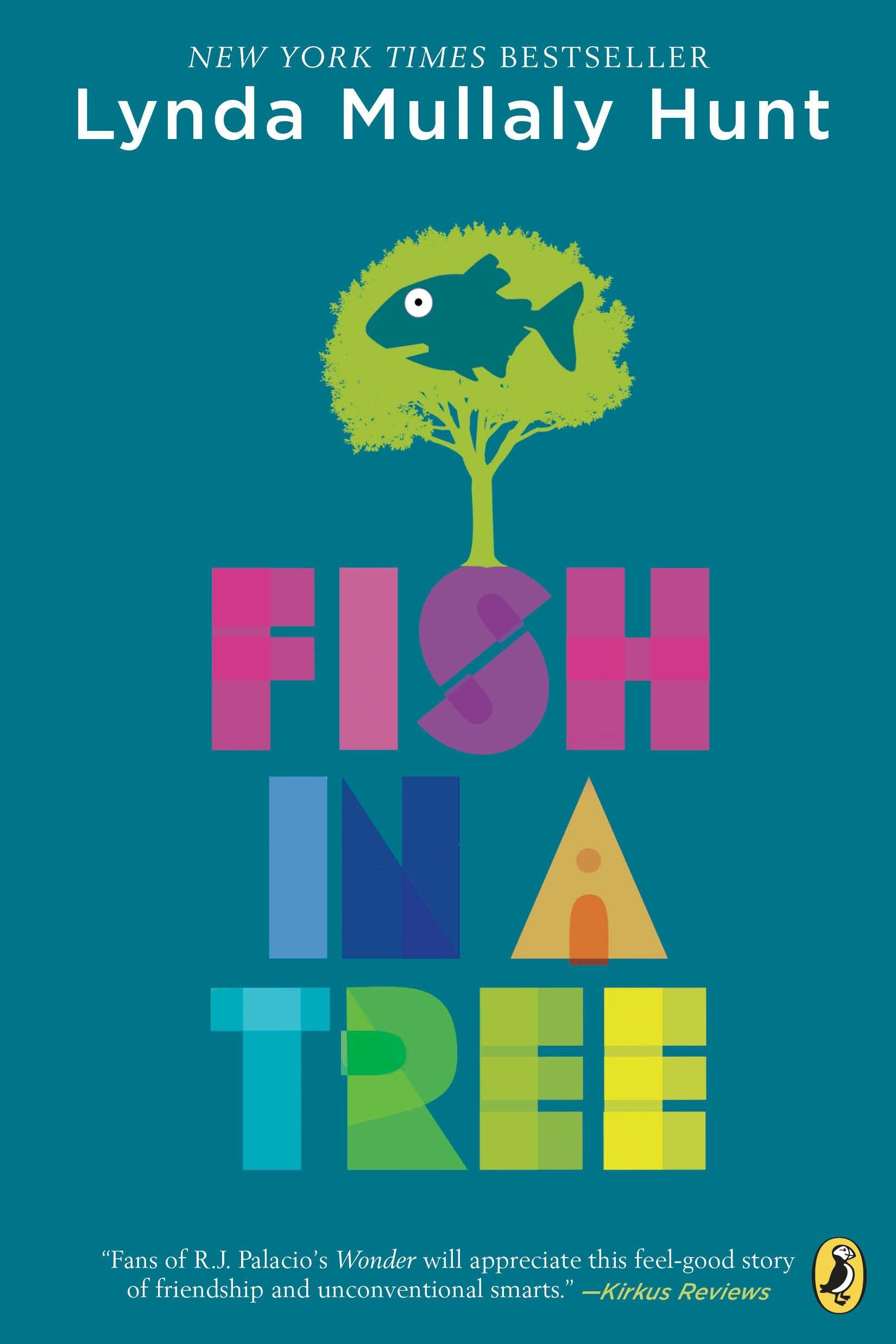 Fish in a Tree by Lynda Mullaly Hunt

Every time Ally lands at a new school she uses the same strategy: cause enough disruption and tell enough jokes so that no one knows how much she struggles with reading. But her new teacher Mr. Daniels sees past the facade and helps her realize that her dyslexia is just a label and that she is a creative student who deserves to shine. Ally learns to be more confident in this inspiring story about believing in yourself and the gifts each person has to share with the world. 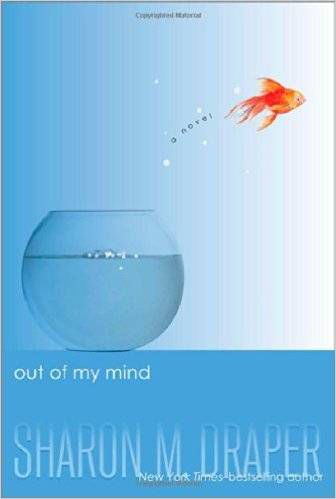 Out of My Mind by Sharon M. Draper

Sharon Draper is one of the most enduring and popular middle grade authors for good reason. Her characters are authentic and their problems and triumphs will connect with middle schoolers sorting through the changes in their lives. This book is the story of 11-year-old Melody who cannot speak, write, or move on her own. However, Melody has a photographic memory and plenty on her mind. Can she figure out a way to share it with those around her, so they can see who she really is? 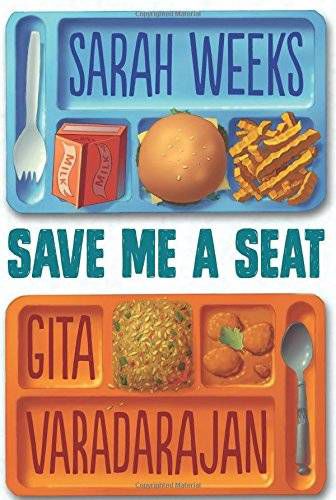 Save Me a Seat by Sarah Weeks and Gita Varadarajan

Middle schoolers Joe and Ravi think they don’t have a lot in common; Joe’s family has lived in the same small town for years, whereas Ravi’s family just arrived in the United States. What they do have in common, is that they’re both stuck in school with a bully who’s tormenting them. Over the course of one crazy week, the two of them decide to take control of their lives in this hilarious and action-packed story. 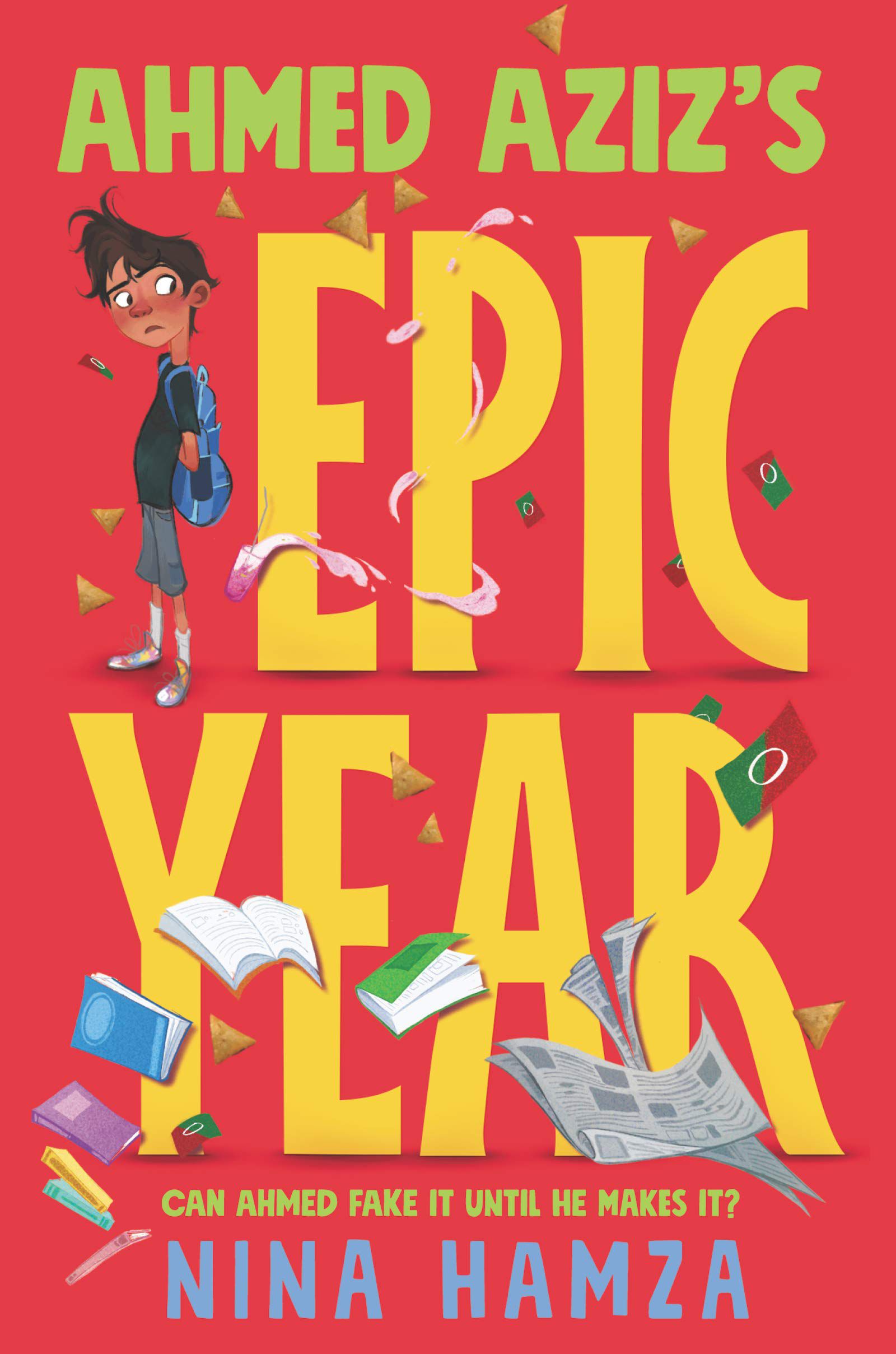 So far, Ahmed Aziz is having an epically bad year. His dad is sick, so the family has moved from Hawaii back to his dad’s home state of Minnesota so he can receive treatment. This means Ahmed, who’s always been a proud slacker, is starting over at a new school, with new teachers and no friends. However, he finds himself actually engaged in reading class for the first time, as well as learning about his late uncle. As Ahmed explores his new home, he finds that things might not be so epically awful after all. 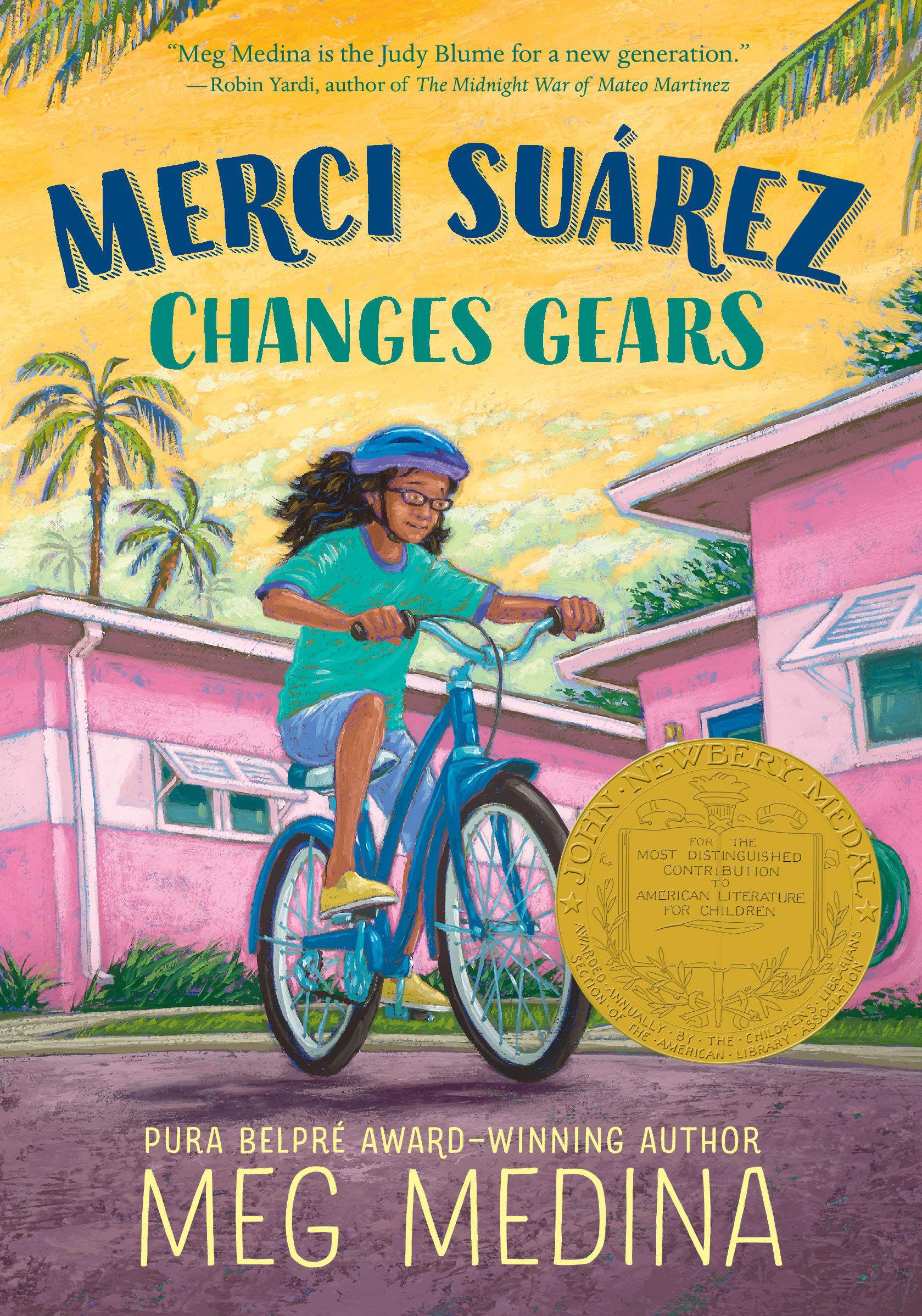 Merci Suarez is starting 6th grade, and school is more different than ever. For starters, she and her brother are the only scholarship students at a fancy private school, which means they don’t have a big house or private boat like the other kids. Then, Merci’s school-assigned Sunshine Buddy gets snapped up by a mean girl, and Merci becomes her bullying target. Additionally, Merci’s beloved grandfather is acting strangely at home. Can Merci navigate all of the changes that come with starting middle school?