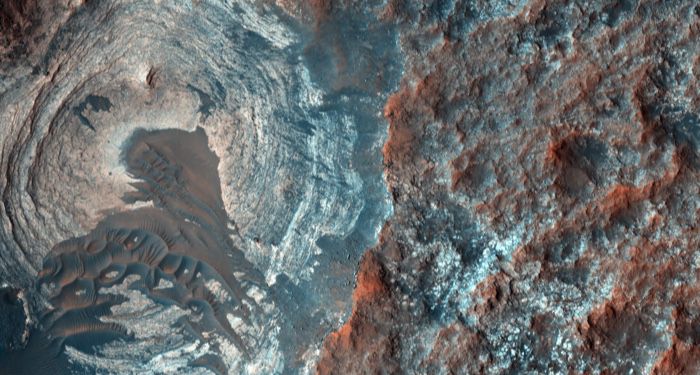 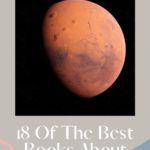 February 18th, 2021, marked an astronomical day for humanity when NASA’s Perseverance rover touched down on Mars. According to NASA, the rover will collect samples from the ancient lake-bed of Mars’s Jezero Crater. Scientists from NASA and ESA will then analyze these for signs of past microbial life on Mars. We can only hope this venture may answer a question David Bowie posed for us: is there life on Mars? Or rather, was there life once on Mars?

As the rover approached landing, my son and I settled in to watch NASA’s livestream. We listened with bated breath to ground control’s updates about the little rover’s progress. For once, my toddler didn’t protest over watching something other than Trash Truck or Tangled. When Perseverance made a successful landing and NASA’s mission control cried out, “Tango Delta (i.e. Touchdown)!” we joined the world in ecstatic applause. I didn’t realize how much I’d needed uplifting news until I felt myself begin to tear up. I could feel history in the making. Awe, pride, and — most wonderfully — hope in humanity swelled inside of me like an expanding star. Even now, I think back on the wonder of that moment and those feelings flutter once more.

To celebrate Perseverance’s landing, I’ve put together a list of books about Mars for the whole family to enjoy. These include children’s, middle grade, young adult, and adult books about Mars. The list spans both fiction and nonfiction, comprised mainly of titles published in more recent years. I hope one of these will spark your curiosity about the red planet! 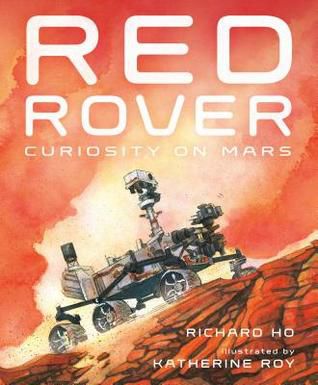 Explore Mars with Perseverance’s predecessor, Curiosity. Learn intriguing facts about Mars through the adventures of the Curiosity rover and enjoy awe-inspiring illustrations. My son and I loved following Curiosity’s journey in this beautiful book. The back pages of the book also provide detailed overviews of each of the rovers sent to Mars, including information about Perseverance. 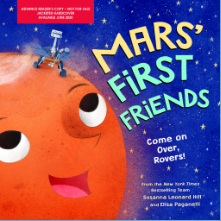 Want to learn about each rover sent to Mars? Check out this sweet picture book featuring Mars as the main character. Mars craves a friend, but all of the other planets don’t seem to have time to play. Then one day, two little rovers named Spirit and Opportunity land on the planet’s surface. 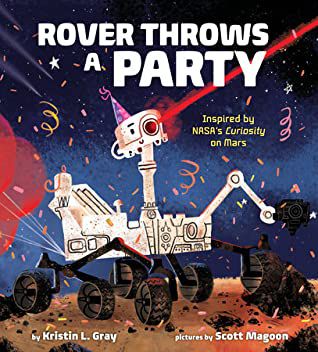 Looking for sweet birthday books about Mars for a young space cadet in your life? Try Rover Throws a Party, starring the Mars rover Curiosity! To celebrate the one year anniversary of Curiosity on Mars, NASA programmed the rover to hum the Happy Birthday song on the red planet. This heartwarming book celebrates that story as the lonely Curiosity tries to plan a birthday party in space. 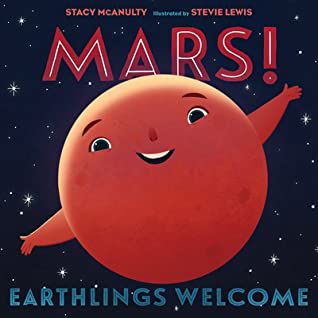 Know a little one curious about the red planet beyond the rover expeditions? Travel to Mars with this cheerful children’s book. Written by former mechanical engineer Stacy McAnulty, this charming book offers fascinating facts about Mars. Did you know a day on Mars lasts seven minutes longer than one on Earth? I didn’t! This book can provide a fun learning experience for the whole family. I could also use a hug from that welcoming ball of joy on the cover. 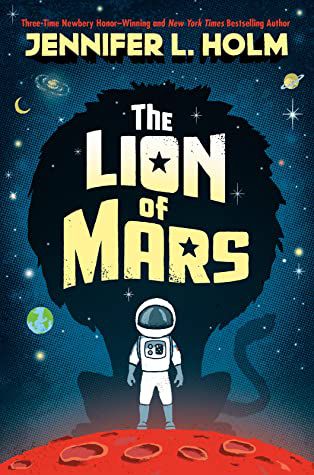 The Lion of Mars by Jennifer L. Holm

Eleven-year-old Bell likes cats, baked goods, and life on Mars. Bell has lived on the red planet his entire life, but he doesn’t understand why the adults in his U.S. colony don’t interact with the other colonies on Mars. When the adults begin to sicken from a virus, Bell sets out to save those he loves. This heartfelt middle grade novel offers a cosmic combination of Martian adventures, likable characters, and endearing friendship and family dynamics. 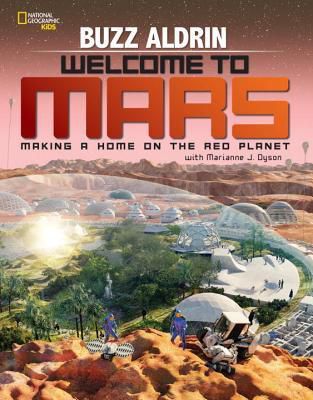 Welcome to Mars: Making a Home on the Red Planet by Buzz Aldrin and Marianne J. Dyson

Ever wonder what it’d be like to live on Mars? Read this book about Mars written by none other than the moon-walking legend himself, Buzz Aldrin. A detailed history of Mars exploration paired with a simulation of living on Mars makes this an informative and fascinating read. 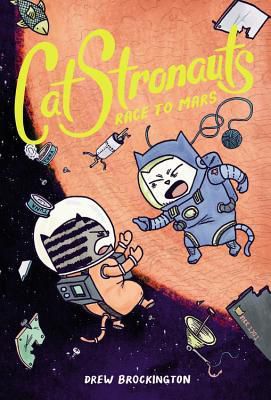 You can’t get much cooler than cats in space. Join Major Meowser, Pom Pom, Blanket, and Waffles as these interstellar cats return for a journey to Mars. In this sequel to CatStronauts: Mission Moon, the CatStronauts aren’t the only space cat team who want to reach Mars. Can these feline friends get there first? Read meow to find out! 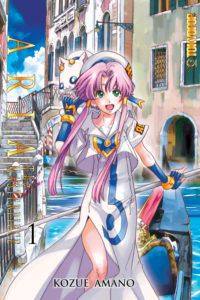 Does the idea of ancient lake-beds and water flowing on Mars intrigue you? The idea of water on Mars blows my mind and thrills me whenever I think about it. Lean in to this awe-inspiring concept by reading the manga series, Aria: The Masterpiece! Akari lives on the planet Aqua, once called Mars. She dreams of becoming an Undine gondolier in her city of Neo-Venezia. Joining the Aria company as a trainee, Akari begins making friends and mastering her new aquatic trade.

As a video blogger with quite the social media following, Cal thinks he’s used to the limelight. That is, until NASA chooses his dad for a mission to Mars. Now the media has the whole world watching Cal and his family. Moving to Houston so his dad can begin training, Cal meets Leon, another teen with a parent on the mission. When both your parents are training for a mission to Mars, you’re destined for a meet-cute. The stars may be aligning just right for Cal and Leon. 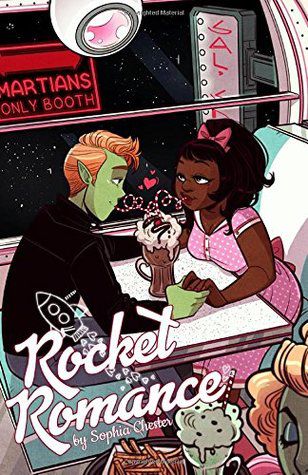 If you’re looking for sci-fi romance with some 1950s flair, check out Rocket Romance, a collection of two short stories set on lunar colonies. In one story, Black teen Roxy falls for the new kid at school, Mike the Martian. Drawing parallels to school desegregation, the story follows this new couple as they stand strong in the face of anti-Martian prejudice. In the second story, Kat worries her wild side will affect her long-standing relationship with Leo, a boy she’s had feelings for since middle school. 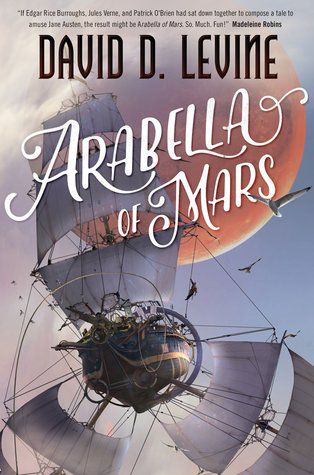 In need of a steampunk Martian adventure? I am always here for those. Get swept up in an alternative history where Captain Kidd first reached Mars by airship in the 1600s. One hundred years later, we find Arabella Ashby living in a British colony on Mars. While Arabella would rather tinker with automatons, her mother has other plans. Flying back to Earth with her daughters in tow, she hopes to make Arabella into a proper English lady. When Arabella hears of her brother’s life in danger back on Mars, she sneaks aboard a ship bound for Mars with an enigmatic captain at the helm. 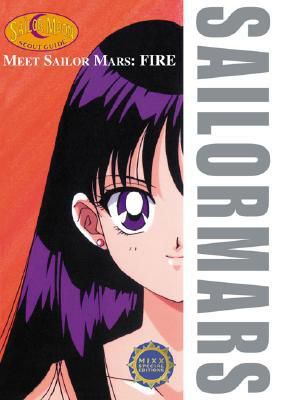 In honor of the Perseverance landing on Mars, Sailor Moon fans can delight in this ode to Sailor Mars! Did I own every Sailor Scout guidebook as a kid? Yes. Nestle into the lush illustrations and detailed character overview of the feisty Sailor Mars. Celebrate Mars by reliving some of Rei’s most memorable moments in the Sailor Moon series. Then go check out the other Sailor Scout guidebooks too! 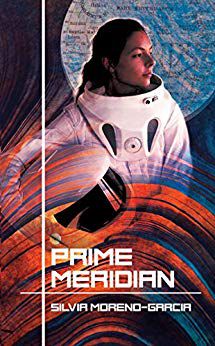 Silvia Moreno-Garcia, author of Mexican Gothic, spins a heart-wrenching yet beautiful dystopian novella where life on Mars is a distant dream. Amelia finds herself crushed by the burdens of her life in Mexico City, yet she maintains hope of escaping to the human colony on Mars one day. She toils her days away with odd jobs including working as a friend-for-hire. Depression, apathy, heartbreak, and disillusionment weigh heavy on Amelia in the unfriendly city she inhabits. And yet, despite the cards life has dealt her, Amelia still dreams of the day she will finally reach the red planet. 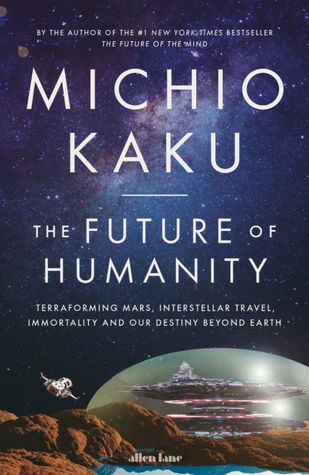 The Future of Humanity: Terraforming Mars, Interstellar Travel, Immortality, and Our Destiny Beyond Earth by Michio Kaku

Written by physicist and co-founder of string field theory, Dr. Michio Kaku, this intriguing nonfiction read paints a captivating picture of interstellar exploration. Dr. Kaku delves into the details of how technology could one day make habitable cities on Mars possible. Along with this, he builds an exciting case for the future of high speed voyages to other stars. The idea that humanity may one day reach Millennium Falcon level travel is very exciting. 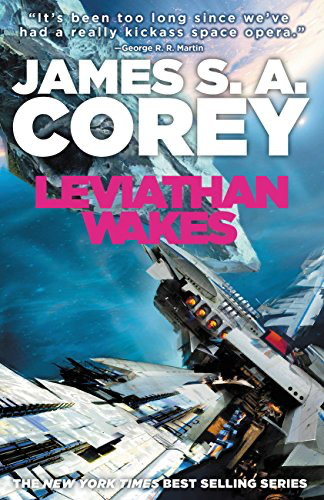 Leviathan Wakes (The Expanse #1) by James S. A. Corey

I like to think of The Expanse series as Game of Thrones in space. Humanity has colonized the Moon, Mars, and the Asteroid Belt. Earthers, Martians, and Belters navigate between one another in an ongoing dance for power, control of resources (Catan, anyone?), and tentative peace. The people of Mars are known for their exceptional military and hard work ethic. Martians terraform on their planet so future generations will have a livable atmosphere. Throw together a Belter detective chasing a missing girl, a lovable crew hellbent on saving the solar system, and a dangerous discovery, and you’ve got one epic space opera. Follow the adventures of these captivating characters in the Amazon adaptation of the series too. 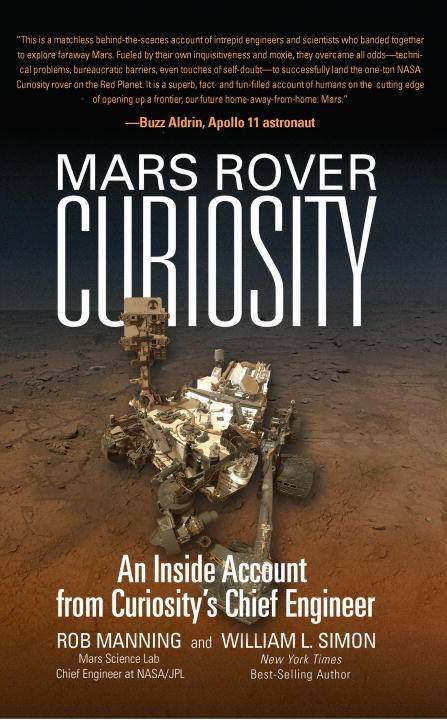 Nine years prior to Perseverance’s touchdown, the Curiosity rover successfully landed on Mars. For an inside look into NASA’s Jet Propulsion Laboratory and the journey to build the Mars rover Curiosity, check this book out. Written by Curiosity’s chief engineer, Rob Manning, this personal account reveals the trials, tribulations, and sweet successes of building the rover. 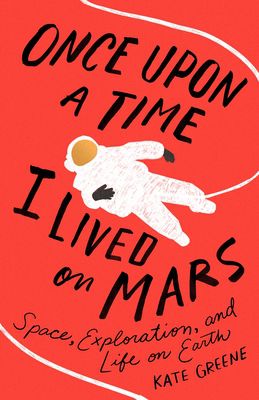 Once Upon a Time I Lived On Mars: Space, Exploration, and Life on Earth by Kate Greene

Looking for a relatable isolation read after endearing so much pandemic-fueled social isolation? This may be just the book you need. Kate Greene’s memoir recounts her time spent as a research participant for NASA in a Mars simulation study. Over the course of four months, Kate lived in insolation with a handful of other participants inside a geodesic dome perched along a Hawaiian volcanic slope. Kate pairs her story of simulating life on Mars with reflections on her queer identity, her brother’s disability, and more. 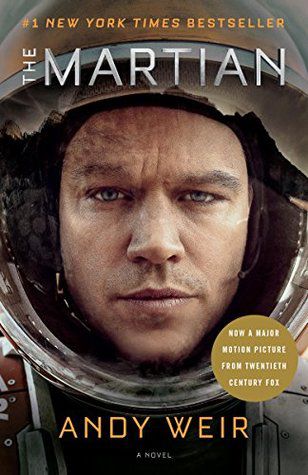 Of course I couldn’t build a list of books about Mars without including this one. If you haven’t read The Martian yet, now is the perfect time to get stranded on Mars with the hilarious botanist/engineer Mark Watney. If you have read this one, get excited for Andy Weir’s new upcoming book, Project Hail Mary, expected to publish this spring. Here’s to hoping we get another Matt Damon adaptation out of this one.

Interested in keeping up with the adventures of the Perseverance rover on Mars? NASA’s got you covered. For more books about Mars, check out the following: