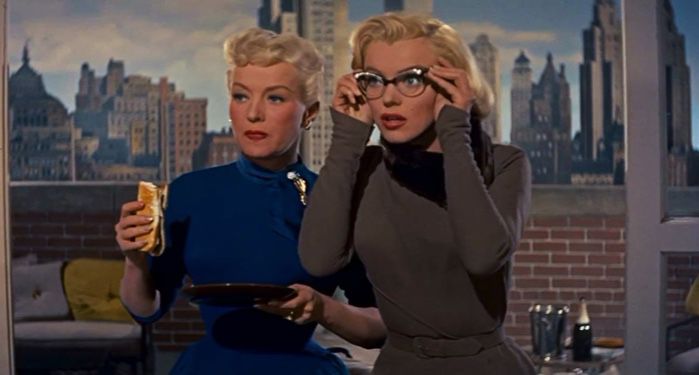 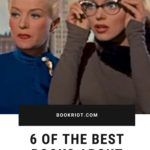 I recently started listening to You Must Remember This, a film podcast exploring the secret and forgotten histories of Hollywood’s first century. Since I love Marilyn Monroe, the first episodes I chose to listen to were from their trilogy on the iconic blonde, tracing her rise as a model-turned-actress to her mysterious and untimely death from a drug overdose. I’m also a huge fan of the film My Week With Marilyn, based on Colin Clark’s memoir of the same name, in which Marilyn is played by Michelle Williams. (You can also keep an eye out for my own forthcoming memoir, Michelle Williams Was Robbed of Her Oscar For That Movie.)

Although my interest in Monroe has already led me to read several books about her, I also know that there are several Marilyn books and biographies that have been deemed suspect and/or untrustworthy over the years—merely more people looking to profit from Monroe’s beauty and talent, even in death. (Norman Mailer’s posthumous biography, Marilyn: A Biography, was especially controversial, alleging that she was murdered by the FBI and CIA for her secret affair with Robert Kennedy.) But that doesn’t mean there aren’t a good amount of decent books out there about Marilyn Monroe for pop culture enthusiasts who continue to be enthralled by her story over half a century after her death. So, if you are in the market for some interesting and trustworthy books about Marilyn, here are six titles to check out!

Note: Since Marilyn Monroe’s lifetime was not a particularly inclusive one for people of color (or women, for that matter), few of these titles were written by authors of color and may not represent the diverse literary atmosphere we strive for here at Book Riot. 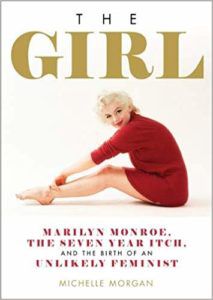 The Girl: Marilyn Monroe, The Seven Year Itch, and the Birth of an Unlikely Feminist by Michelle Morgan

The Girl is an in-depth look at a specific period in Marilyn Monroe’s career in which she was transformed from merely an actress, wife, and contract player into a businesswoman and empowering feminist ahead of her time whose power and influence is still felt today.

“[Marilyn] fought inner demons; she constantly looked for the truth of her life and was prone to bouts of depression. In spite of that, she still achieved great heights and never let her anxiety stop her quest for knowledge and education. For Marilyn to except that she had problems, and to realize that in spite of them she was able to accomplish everything she did, was in itself empowering.” 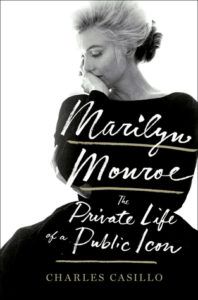 Marilyn Monroe: The Private Life of a Public Icon by Charles Casillo

Against all odds, Marilyn Monroe’s beauty, love life, and life story still captivate and dominate popular culture nearly six decades since her death, continuing to inspire every new generation. Drawing on new research and interviews, this biography explores Marilyn’s story from a fresh perspective and through the context of her times: in the days before feminism and before there was sufficient treatment for bipolar disorder, from which she suffered. But despite her long list of troubles, Marilyn Monroe: The Private Life of a Public Icon seeks to remind readers of Marilyn’s tireless ambition and drive for a better life.

“Marilyn’s life was compartmentalized. Because so much of her was publicized, she carefully boxed away segments of her life that she shared with very few—and even to those she gave only bits and pieces. So much of her belonged to the public. She wanted to keep a piece of herself to herself—it was a way to survive. That’s what makes her such a fascinating puzzle.” 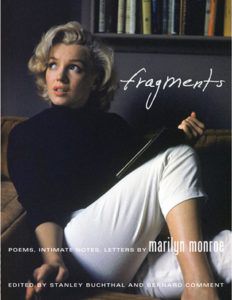 Marilyn Monroe’s every word and every gesture made headlines, and her serious talents as an actress were often overshadowed by her penchant for generating controversy. But beyond the headlines, there was a woman far more intelligent, curious, and witty than the one the world got to know. Fragments allows insight and understanding into the other Marilyn, a sharp but fiercely private woman that is scarcely seen elsewhere. Featuring notes, poems, and letters, many of them in her own handwriting, along with rarely seen intimate photos. 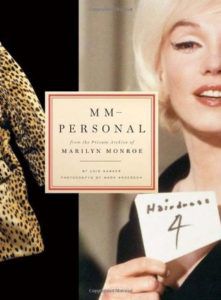 MM-Personal: From the Private Archive of Marilyn Monroe by Lois Banner and Mark Anderson

Marilyn Monroe is our timeless icon of glamour, vulnerability, and the American dream whose star power remains as strongly felt now as it was in the 1950s. MM-Personal is another look behind the veil of that legend, providing a look into the most fascinating relics and findings from her personal archive that have never before been revealed to the public. Selected from more than 10,000 previously unpublished items from Marilyn’s own filing cabinets, the documents that make up this book paint a vivid portrait of a woman horribly misunderstood by her own times. 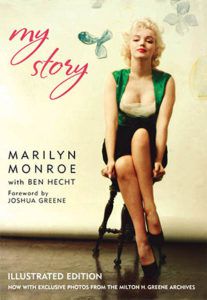 My Story by Marilyn Monroe and Ben Hecht

This autobiography, which was written at the height of Marilyn’s fame but only published over a decade after her death, recounts her early years as a troubled, unwanted foster child and her rise in the film industry, as well as her marriage to Joe DiMaggio. My Story reveals what we now know to be true about Marilyn Monroe: she was a woman far more complex and intelligent than the blond bombshells she portrayed onscreen. 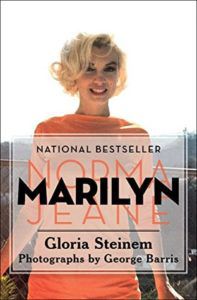 In this provocative and meticulously detailed portrait of Marilyn Monroe, feminist pioneer and icon Gloria Steinem reveals the woman behind the myth, Norma Jeane, and the forces in American culture that have shaped her into the fantasy and icon that continues to endure. Including 16 pages of full-color photos, this biography was written by one feminist for another feminist.