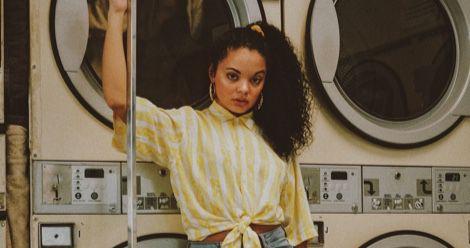 This list of books about lesbians is sponsored by This Book Is Gay by Juno Dawson.

Back in the dino days of the 1990s, there wasn’t much in the popular forms of media about LGBT life. There was no easy way to search for lesbian book recommendations; if you did an AltaVista search of lesbian sex—blushing, hoping for something educational—there wasn’t much. We, the curious, the wondering, had to find our own ways to be. Now, a quick search of this site alone gives you this and this and this. And there’s more! There’s so much!

We didn’t have a whole LGBT subset of YA fiction and, actually, we didn’t even really have YA fiction. Gay-Straight Alliances didn’t exist, and kids at my school whispered about who might be gay but no one was confirmed until long after we graduated. The Pretty Little Liars series it wasn’t, no parade of cute girlfriends for this teenage girl, it seemed like I’d never meet anyone.

None of the books I found were the traditional girl-meets-girl cuteness that is now easily accessible. The only teen lesbian romance novel I read was Nancy Garden’s Annie on My Mind. I was excited, but tortured by how hard it all seemed. The following books stayed with me though, in a way that Garden’s didn’t. 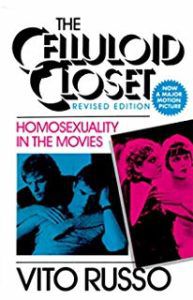 The Celluloid Closet: Homosexuality in Movies by Vito Russo

One of the first books that made me feel seen was Vito Russo’s The Celluloid Closet: Homosexuality in Movies. I bought it used and reread it so many times that my copy eventually fell apart. It studies  gay life as portrayed in films from the 1920s until the 1980s, and really is a must read because of how strongly it shows that cultural artifacts affect real people’s perspectives. In 1995, a documentary came out based on it. Harvey Fierstein had a heartbreaking quote that still resonates: “The hunger I felt as a kid looking for gay images was not to be alone.” In the ’90s, as a teenage gay girl, I still wasn’t sure what being a gay girl looked like. Ellen had only just come out in 1997, and she was the only out lesbian I’d ever knowingly seen. 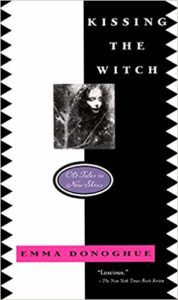 Kissing the Witch: Old Tales in New Skins is Emma Donoghue’s linked fairy tales. A bird in one will be the protagonist in the next, allowing the reader to gently unfurl the tales. The prose is descriptive without being purple, and the reshaped stories are blatantly and deliciously feminist. I don’t want to give out any spoilers, but familiar fairy tale characters fall in same-sex love, which still feels extraordinary when these stories are traditionally so damn straight. 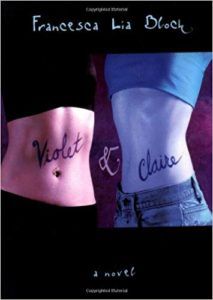 Violet and Claire is not a lesbian romance. Instead, Francesca Lia Block’s story is of two best friends navigating Los Angeles. Violet is goth-y and wants to be a filmmaker, while Claire is the whimsical pixie girl that Violet recruits to be the lead actress in her movie. Though they never act on their feelings, they are clearly each other’s soul mates. As a baby homo who much preferred the company of women over men, it was excruciatingly meaningful to me. 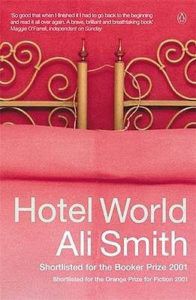 Finally, I want to offer a recommendation of Ali Smith’s Hotel World. This came out at the end of my teenage years, and Smith is still my favourite author. Written from the perspective of five women, one of whom is the ghost of a young woman who has died in a hotel’s dumbwaiter. The ghost girl had a crush on another young woman that she never acted on. Read it, and then read more of Ali Smith because she is fantastic.

Those are my best lesbian book recommendations from the ’90s. What did you read in ye olden days? Annie on My Mind? Buffy/Faith fan fiction? I’d love to hear some nostalgic suggestions in the comments.