The Republic of Kenya is the 29th most populous country in the world, home to more than 47,600,000 people, and the third largest economy in Sub-Saharan Africa. It has an incredibly rich history, tracing primate habitation for more than 20 million years. Its borders encompass major cities of Nairobi, the current capital, founded by colonialists in 1899; Mombasa, the original capital, founded by Kenyans in 900 CE; and Kisumu, one of the oldest settlements in Kenya and located on Lake Victoria.

The country was invaded by Omani Arabs in the 17th century, who then established a slave trade with Portuguese colonialists. In the 1880s, Germany established Kenya as a protectorate (a deeply colonialist word), calling the whole country the “East Africa Protectorate,” which was transferred to the British in 1890. It was renamed Kenya in 1920; from 1952 to 1959, the Mau Mau people in Kenya fought a rebellion to release the country from British rule. On December 12, 1964, the Republic of Kenya was officially established and functions today as an independent democratic republic, although it is still considered part of the British Commonwealth.

With such a deep history and so many diverse voices — both African and not — in its history, it is no surprise that Kenya’s literature is equally multifaceted and beautiful. I’ve gathered ten books about Kenya here from Kenyan authors, based on recommendations from Kenyan readers and bloggers.

The Best Books About Kenya 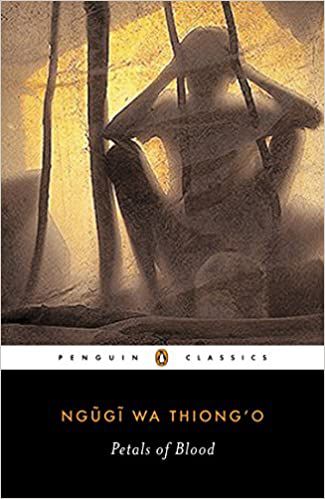 When it was first published in 1977, this deceptively simple crime investigation tale was so revolutionary that the Kenyan government imprisoned Thiong’o without charges. In the last five decades, Ngũgĩ has become one of the country’s most decorated authors. He writes consistently on sociopolitical themes, and Petals of Blood is a truly explosive tale of a modern third-world nation whose leaders consistently fail their people. 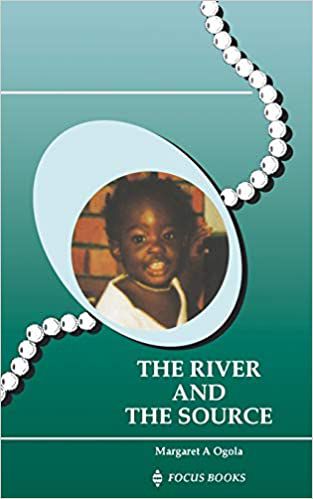 The River and the Source by Margaret A. Ogola

Ogola’s books run the gamut regarding subject, with The River and the Source considered to be her best novel. It spans the lives of three generations of Kenyan women, reaching into the 20th century. She published a sequel, I Swear by Apollo, in February 2022. 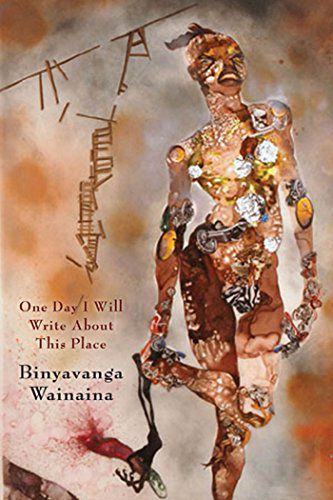 One Day I Will Write About This Place: A Memoir by Binyavanga Wainaina

Wainaina, an out, gay, HIV-positive Black Kenyan man, died in 2019. His works are deeply controversial, especially in countries where homosexuality is a crime. This memoir tracks his upbringing, a failed job as a programmer in South Africa, and the shifting landscape of his family, tribe, and nation. 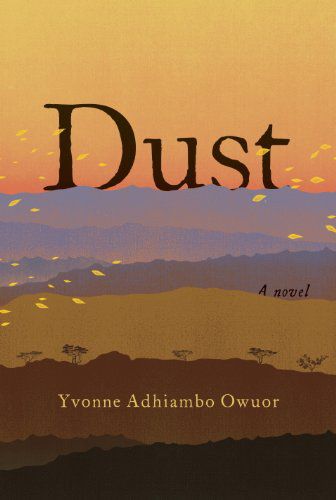 Owuor wrote her first short story, The Weight of Whispers, in 2003, and it earned her the Caine Prize for African Writing. In Dust, she has penned what some argue is the best saga by a Kenyan author.

When Odidi Oganda is gunned down in the streets of Nairobi, his sister Ajany and her father must return his body to their home in the Kenyan drylands. But Odidi’s murder unravels long-held secrets, reaching back to the Mau Mau rebellion of the 1950s. 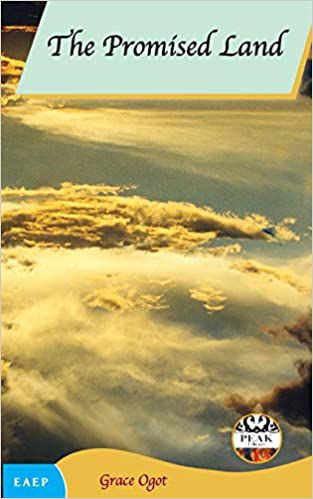 The Promised Land by Grace Ogot

Ogot’s The Promised Land came out in 1966, making Ogot the first female East African writer to be published in English. Her debut novel follows a young farmer and his wife emigrating from Kenya to Tanzania. Along the journey they become enmeshed in a tribal conflict, and Ogot skillfully uses this framework to subvert the image of an “African wife.” She went on to publish seven more works, most of which are considered classics of Kenyan literature. 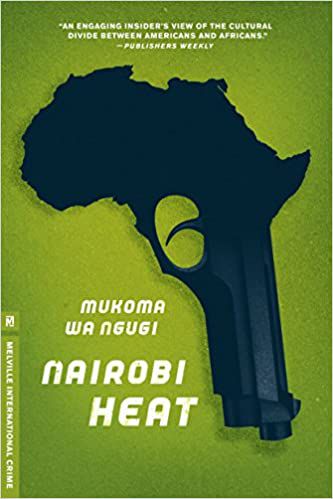 Joshua Hakizimana, African peace activist, has accepted a position to teach about “genocide and testimony” at a university in Madison, Wisconsin. When a dead girl’s body appears on his doorstep, he and Detective Ishmael are drawn back to Nairobi to discover the truth. In a place still resonating after the Rwandan genocide, the truth can get you killed.

Mukoma is the son of the aforementioned Ngugi Wa Thiong’o and currently teaches at Cornell University. 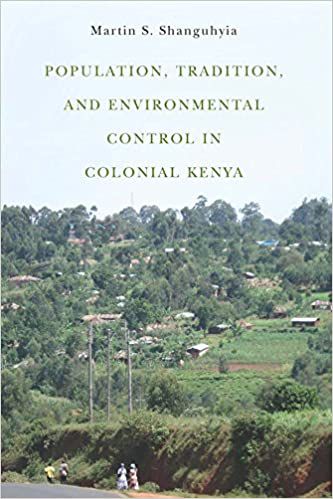 Drawing from accounts in western Kenya, Shanguhyia examines colonial government programs that attempted to incorporate traditional practices into contemporary land management ideology. Using both archives and oral history, Shanguhyia argues that these attempts still govern Kenyan resource management and must be understood in order to further explore the intersection between current policy, demography, and tradition. 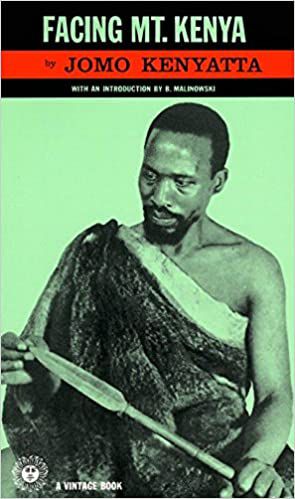 Kenyatta was elected Kenya’s first president in 1964. Previously, however, he was educated at the London School of Economics in the 1930s and was awarded a degree in Anthropology. His professor, Bronislav Malinowski, wrote the introduction to Facing Mount Kenya, a deep dive into the anthropology of the Kikuyu people of Kenya and the infrastructure of their society.

In 1968, Kenyatta published Suffering Without Bitterness: The Founding of the Kenya Nation, the authoritative volume on his journey to Kenyan independence and the presidency. This text seems to be out of print in English, which is why it is not spotlighted here, but it would be well worth looking for to an interested student of Kenyan history. 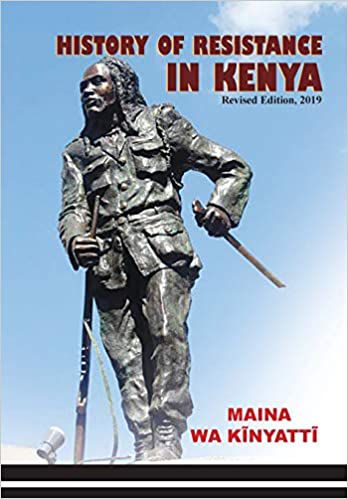 History of Resistance in Kenya 1884-2002 by Maina Wa Kĩnyattĩ

Maina is one of the foremost researchers on the Mau Mau in Kenya and is a Marxist scholar. For these reasons, he was arrested and imprisoned in Kenya and is now living under political asylum in the United States. History of Resistance in Kenya is a Marxist interpretation of Kenyan history. Maina draws on vigorous language and concrete examples to detail the struggle for democracy and social justice in Kenya. 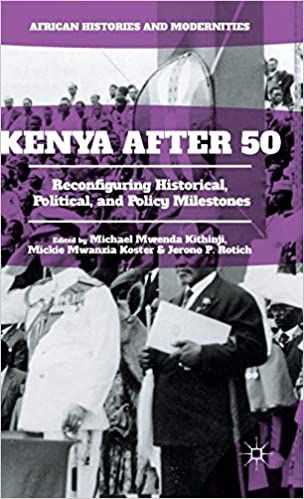 This is one of the best books about Kenya — an interdisciplinary approach to Kenya’s first 50 years of postcolonial independence. The authors discuss the economic and political challenges that Kenya has faced, as well as how the country has established itself as a hub of commerce and industry while also struggling with job scarcity, class warfare, ethnic difficulties, and corruption.

Like Kenya itself, the literature of the country is profoundly diverse. This list of books about Kenya is only the starting the point. Or, if you’d like to expand your reading of African authors beyond Kenya’s borders, dig into these African Fantasy Novels.