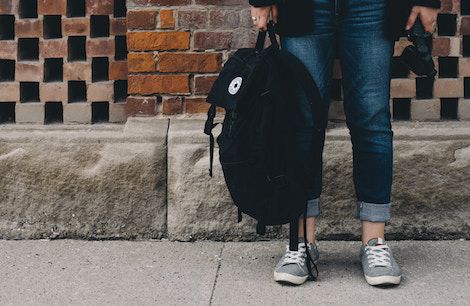 I’ve been involved in higher education, as a student, a worker, or both, for 15 years. But even so, I frequently find the U.S. system of post-secondary education baffling. The enormous range of institutions and the huge diversity of student experiences within them is part of the issue. As is the way that economic and social shifts cause dramatic, unpredictable change within the U.S. educational system.

But despite its complexity, understanding higher education is absolutely crucial for making sense of many political, social, and economic trends in the country and around the world. Higher ed is constantly in the news, whether it’s because of the latest “free speech” firestorm, a new tuition-free-college plan, a race-based-admissions lawsuit, or the terrifying fact that Americans owe more than $1.5 trillion in student loan debt.

As we head into a new presidential primary (god help us), and as we’re always at some point in the endless applying-and-choosing-a-college cycle, it pays to get to the bottom of what’s going on. And you really can’t really understand trigger warnings, affirmative action, or student debt without first making sense of how race, gender, disability, and class shape higher education and the way students move—or don’t—through it. 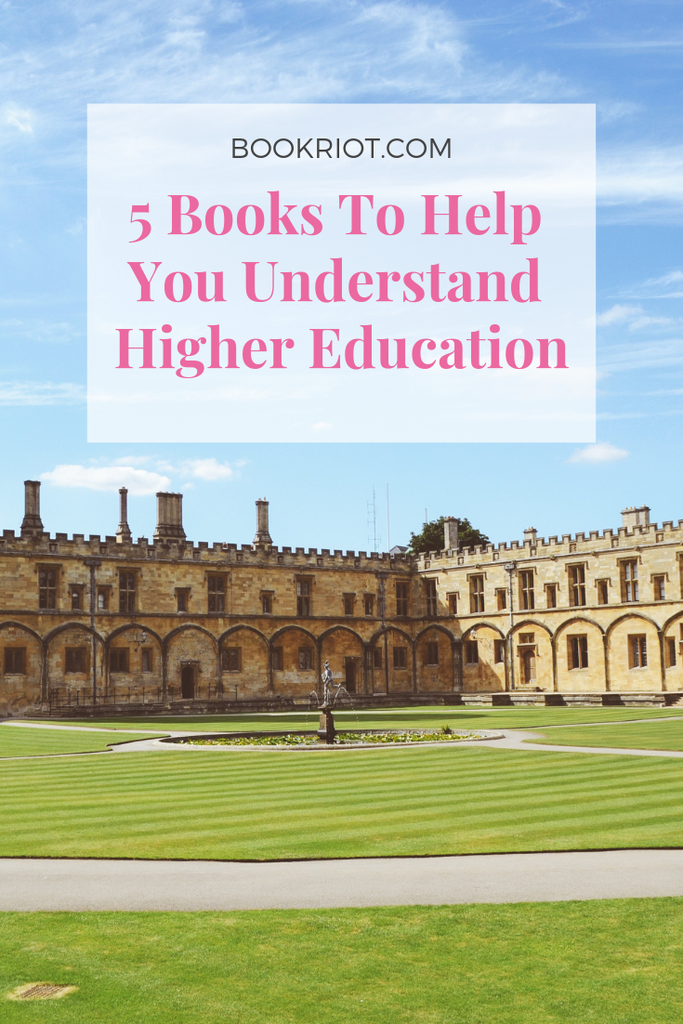 So whether you’re considering college or grad school, parenting or mentoring someone who is, or just want a clearer understanding of one of the things politicians fight about, check out this short reading list of books about higher education. Start with these, and you’ll be on your way to understanding how intersections of race, class, gender, and disability shape both student experience and the larger political stakes of college in America. 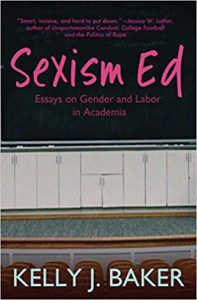 Sexism Ed: Essays on Gender and Labor in Academia by Kelly J. Baker

Kelly J. Baker has done it again. Baker’s Grace Period was one of my favorite books of 2017, and with Sexism Ed she has written another crucial entry in the ongoing conversation about higher education in the twenty-first century. Combining essays about gender and labor in academia into one volume isn’t just a clever way to bring two much-fretted-about topics under one roof. It’s also a brilliant way to push readers to reckon with the ways sexism and exploitation reinforce and amplify one another in academia. And Baker’s insistence on threading her own story throughout makes that reckoning all the more urgent and important. Ranging from concrete criticism (e.g., on the scourge of the all-male panel) and abstract reflection (e.g., on the power and possibility of hope), Sexism Ed is both meditation on and battle plan for the future of academia. 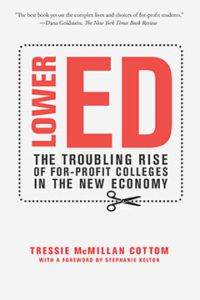 Lower Ed: The Troubling Rise of For-Profit Colleges in the New Economy by Tressie McMillan Cottom

Did you know that the president of the United States of America owned an exploitative for-profit “university“? Have you seen those heartstring-pulling University of Phoenix ads (featuring Maya Angelou?!) on television? What’s the deal with all of that? For-profit higher education is probably the fastest-growing and least-understood segments of higher education today, and Cottom is working hard to change that. With an iconic Twitter presence, spots on The Daily Show, and this already-classic book, Cottom has become the foremost expert in how for-profit colleges expand, why people attend them, and what they cost their students and the country. 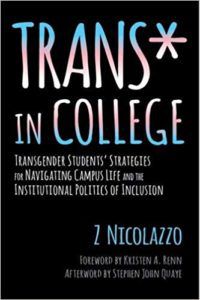 Trans* in College: Transgender Students’ Strategies for Navigating Campus Life and the Institutional Politics of Inclusion by Z. Nicolazzo

In the ginned-up backlash to efforts at making college campuses more inclusive, transgender and nonbinary students (especially trans and enby students of color) often pay a heavy price. But trans students are also resilient, shaping their own lives and their campuses in positive and transformative ways. Resilience within oppressive institutions is the focus of Trans* in College. Like most of the books on this list (for good reason!), this one is inextricably personal and political. Grounded in extensive research in the field and her own experience of being trans in higher ed, Nicolazzo makes a crucial contribution to the project of understanding how universities work to exclude and include. If this book inspires you to learn more, check out Nicolazzo’s Trans Studies in Higher Education syllabus for more reading suggestions. 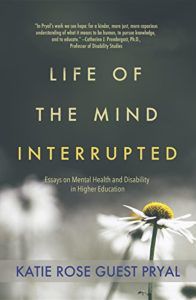 Life of the Mind Interrupted: Essays on Mental Health and Disability in Higher Education by Kelly Rose Guest Pryal

Pryal’s book is published in the same Raven Books series as Sexism Ed, and it shows. Life of the Mind Interrupted is personal, political, polemical, and pointed in its vision for transforming higher education to be more inclusive of disabled and mentally ill people. Pryal has a PhD and worked as a college teacher, so her insights derive from experience on both sides of the desk. She addresses a wide range of topics that touch on structural barriers (trigger warnings, disclosure and accommodations) and personal experiences (employment, suicide). If you want to understand how higher education is built, and not built, for people with disabilities—especially mental health–related ones—Pryal’s book is for you. 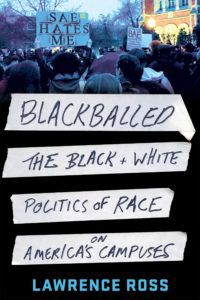 Blackballed: The Black and White Politics of Race on American Campuses by Lawrence Ross

With distressing regularity, an American college campus erupts after a racist party or incident of harassment takes place at a fraternity or sorority. Typically, there’s a period of tumult followed by a complete lack of reckoning or real change. In this book, Ross argues that these “isolated incidents” are anything but isolated, and are instead a fundamental part of a higher education system designed for white students at the expense of black ones. With a significant focus on the Greek system at predominantly white institutions—which continue to have an inordinate, disproportionate influence on the student experience—Ross draws on interviews and historical context to make his case. Ross, author of The Divine Nine: The History of African American Fraternities and Sororities, zooms out from particular Greek organizations to consider broader policies (like affirmative action) that help continue American higher education’s long tradition of racial segregation.