I’ve struggled with my hearing all my life, but I didn’t get it tested until I was 26. The solution was bilateral hearing aids.

Getting hearing aids in my 20s was tough. I did what any bookworm would do, and gravitated to books to get me through it. Of course, there were the informative audiology books, but it was a frantic search for fiction that helped me come to terms with my situation. These are the books I read. 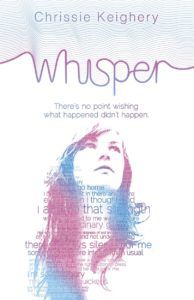 Whisper is about a teenager who was born hearing and recently went deaf following meningitis. She lives with a hearing family but goes to a deaf school. Demi can sign and finger spell, but she misses her hearing. At school, Demi gets involved with Stella, a Deaf activist; at home, Demi’s mother copes less well with the situation than her Dad.

Despite being an adult, when I got my hearing aids, I connected with Demi. There was something about deafness being new to her that fitted my situation. I loved the Australian setting, and I don’t think I’ll ever forget how to sign “turtle” in AUSLAN. 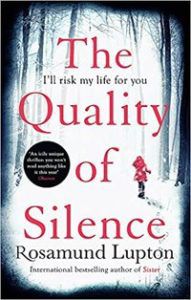 The Quality of Silence by Rosamund Lipton

Rosamund Lupton’s thriller follows a mother and her 10-year-old daughter as they attempt to find the little girl’s father. Ruby is deaf and relies on a laptop to convert speech into text, while her mother, Yasmin, detests the computer voice she hears instead of her daughter’s. Things take a turn for the worse when they realize someone is following them.

I’m not usually a thriller reader, unless it’s medical or monster horror, but The Quality of Silence is written in a literary style and felt like a contemporary novel. It was gripping and had that edge that all good thrillers have, but it gave me much more as well. I was rooting for Ruby the whole way through, and as a hard of hearing person myself, I was with her every time her mother snapped about the way she chose to manage her deafness i.e., the laptop. Ruby became so special to me, and I will always love her. I felt such a sense of solidarity with her. The Quality of Silence helped me come to terms with my own identity as a hearing aid user. 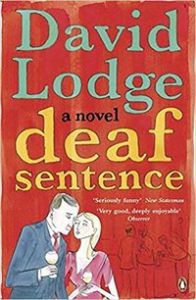 You’d think Deaf Sentence was a bit out of my remit as it is a contemporary novel about an older couple, which is not something I’d ever pick up. Even though it is clearly about hearing loss, I was still hesitant, as I didn’t think I’d be able to connect with this one. I was young and looking to connect with other young people affected by hearing loss. All my prejudices about age aside, I loved this book. It made me laugh, it took my mind off everything, and it made living with hearing loss funny. I actually did connect with the main character—he was a linguist, which is similar (in my mind, anyway) to being a writer, and he was constantly winding up his wife with his deafness. I could identify with him, as I’m more than used to being the one who can’t hear trying to have a conversation with someone who can. It made me see the funny side of it, though, which I had struggled to do before. 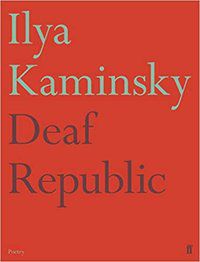 All the books I’ve talked about so far are from 2016/17 when I was going through my diagnosis and getting used to hearing aids. I read Deaf Republic this year, and despite being a fairly bleak book, it gave me comfort. It made me feel like I was home.

Deaf Republic is a collection of poetry written as a story. It tells the tale of a country in the middle of a war, where deafness is entwined with solidarity and protest. It’s extremely powerful and contains beautiful turns of phrase. It was a brilliant return to deaf books for me and it gave me an appetite for more. 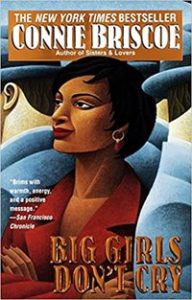 I haven’t read this one, but I want to! It’s written by a deaf author, so I’m very keen to try some of her books. Big Girls Don’t Cry is a YA novel set in Washington, DC, in the 1960s. It follows Naomi as she navigates bras, boys, and other adolescent dilemmas. Being a teenager is hard enough, but then Naomi’s brother is killed on his way to a civil rights demonstration in Chicago. Naomi’s world is turned upside down, and suddenly fighting for her rights means everything to her. 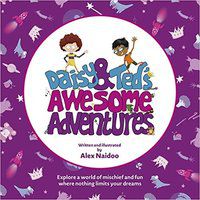 Another one I haven’t gotten to yet, Daisy and Ted’s Awesome Adventures has treasure-hunting pirates and a roller disco full of monsters. It sounds awesome! The focus of the book is friendship, which is especially important if you’re deaf (or know someone who is), because of the isolation that comes with hearing loss. Daisy and Ted’s Awesome Adventures is published by the National Deaf Children’s Society.

I’m hugely glad I’m a reader because it is definitely books that got me through those early days. Even now, it is still a book that helps me cope with this aspect of my identity. What have books helped you deal with?