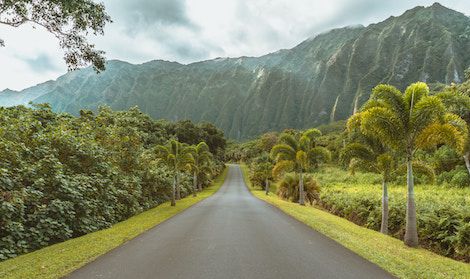 Once upon a time, I was someone who didn’t go to the movies often, let alone see them opening weekend. Moana marks the end of this period. I sat in a packed theater, electric, with a margarita in my belly. Behind me, a little girl in a booster seat sneezed on my hair. So excited, it didn’t even mar my experience. Since then, my partner and I have become passionate moviegoers. We’ve seen Black Panther, A Wrinkle in Time, Lady Bird, Sorry to Bother You, and Crazy Rich Asians all on opening weekend. This excitement goes for TV shows, too: Atlanta, Brooklyn Nine-Nine, Fresh Off the Boat, grown-ish, On My Block, Riverdale. 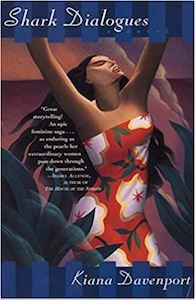 I’m here for this television, this Hollywood, and it warms my heart to see Hawai‘i in the news for reasons other than extreme weather. Sold to ABC Studios on Crazy Rich Asian’s opening day, ‘Ohana is based on the novel Shark Dialogues by Kiana Davenport. Lisa Takeuchi Cullen will write the hour-long series, which features “four hapa women who reunite when their grandmother, a mystic known as a kahuna, dies mysteriously and leaves them the family plantation.” The drama will be produced by Viola Davis and Julius Tennon’s JuVee Productions along with the network. On August 29, Dwayne Johnson announced that he would portray King Kamehameha in The King, directed by Robert Zemeckis, adding to Hawai‘i’s presence in the limelight.

While I am not Native Hawaiian, Hawai‘i—the place, its history, people, and culture—occupies a special place in my heart. An army brat, Maui was a constant, the place we called home, and where we settled after my father’s retirement. The place I feel most at home while I continue moving around the world. In all this adventure, I collect literature, documentaries, and music to ease my homesickness. These comforts aren’t always easy to find. Hence my excitement.

As Cullen tells The Hollywood Reporter, “So many Hawaii-set stories have been told from the white point of view.” As we impatiently await these upcoming projects, I’ve rounded up reading lists highlighting Hawaiian writers, and writers from and/or living in Hawai‘i, to celebrate seeing the islands on the little and big screen soon. (Please note that there is a difference between being Hawaiian, of Hawaiian descent, and being from Hawai‘i. Sometimes the terms are used interchangeably, but they are different.)

Obviously, Shark Dialogues, the inspiration for ‘Ohana, is a good place to begin. After Kaylen Ralph left Talk Story Bookstore with Davenport’s highly recommended first novel, the author explains in an email, “When I began to write, my only goal was to tell the stories of Native Hawaiians, and our culture—our urgent issues such as environmental degradation, poverty, racism—as well as our heroic and ancient history as fearless nomads who crossed the Pacific with nothing to guide them but waves and stars.” 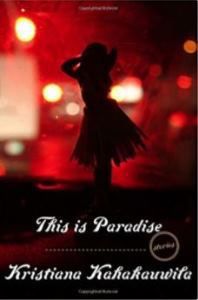 In Catapult’s “Hawaiian Authors on the Island’s Literature,” Ralph also converses with Kristiana Kahakauwila, the writer behind This is Paradise. (One of my favorite story collections, Kahakauwila penned the introduction for Ms. Aligned 2, which I coedited with Pat Matsueda. A total pinch-me moment.) Kahakauwila makes a point to state she is “hapa.” Of being “mixed,” she says, “If you’re off-island and you’re indigenous, you feel that sense of loss, being far away, and if you’re on-island and you’re mixed, or not indigenous, you can sometimes feel like you’re not enough.” She explains her stories explore “someone who is betwixt and between something.” 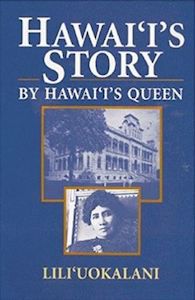 For lengthy lists, Honolulu Magazine’s “50 Essential Hawai‘i Books You Should Read in Your Lifetime” features must reads such as Hawai‘i’s Story by Hawai‘i’s Queen. The list is organized by categories: foundational texts, history and social criticism, novels and short fiction, poetry, and lucky we live Hawai‘i, which “reflects [Hawai‘i’s] shared life through biographies, talk-story classics and memoirs, ranging from the first comprehensive life of Duke Kahanamoku to Pidgin to Da Max to Barack Obama’s Dreams From My Father.” A list for keiki is compiled separately at Honolulu Family, a sister magazine. All of the featured titles, including The Healers by Kimo Armitage, are available at the Hawai‘i State Public Library. And no worries, once you work your way through those lists, there’s “Roll of Honor: The Next 37 Titles on Our List of 50 Essential Hawai‘i Books.” 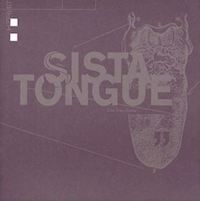 Whether you’re researching near or far, keep up with the Native Books inventory at Nā Mea Hawai‘i, and the presenters and publishers at the annual Hawai‘i Books and Music Festival. Also, some writers who I adore that you should look into: Sally-Jo Keala-o-Ānuenue Bowman, Lisa Linn Kanae (definitely check out Sista Tongue), and Brandy Nālani McDougall.

Hold these books close and study up in anticipation of the stories we are hungry to see. If you have book recommendations featuring Hawai‘i writers, especially Native Hawaiian writers, please leave them in the comments. Mahalo in advance!