If you’ve been paying attention to the news, you might know that on Tuesday, October 30, a rocket exploded during its launch and fell back onto the launch pad at NASA’s spaceport at Wallops Island, VA. The Antares rocket was being launched by Orbital Sciences Corporation, a private contractor working with NASA, and the Cygnus spacecraft atop it was carrying a payload of supplies and experiments to the International Space Station. Thankfully, the spacecraft was unmanned and no one was injured. Though details are still being released, it appears that a NASA safety officer triggered the self-destruct mechanism on the rocket because it was behaving erratically. All of this should remind us of one very, very important thing:

Going to space is dangerous. There is nothing routine about it. It is, quite literally, rocket science.

These days, it seems as if spacecraft are launching every other week. Before the space shuttle’s retirement, orbiters regularly went to space and returned quickly and safely; the only time they made news was when something went wrong. But the reality is that NASA does an incredible number of things right every single day in order to make human spaceflight a reality. The complexity of it, the number of things that can go wrong, and the virtually nonexistent margins of error—it’s amazing that we get it right as often as we do. And it’s a good idea to remind ourselves of the fact that there’s nothing routine or easy about spaceflight. So, of course, I have some book recommendations to help. 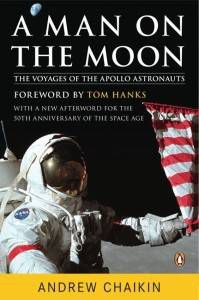 A Man on the Moon: The Voyages of the Apollo Astronauts by Andrew Chaikin

Andy Chaikin’s account of NASA’s Apollo years is the definitive account by pretty much every standard. If you’re only going to read one book about NASA or the Apollo project (though I don’t know why you’d punish yourself like that!), this is the one to choose. If you’ve ever seen From the Earth to the Moon, the amazing HBO miniseries about the Apollo years, that was based on Chaikin’s book. He does such a great job balancing all the aspects of the story: the astronauts, their families, and the people on the ground juxtaposed against the technology and crises. Chaikin expertly discusses the joys of the highest highs (Apollo 11!) and the despair that came with the tragedies (the Apollo 1 fire that killed astronauts Gus Grissom, Ed White, and Roger Chaffee), all while maintaining the true wonder that, in the end, we managed to achieve Kennedy’s vision and pull off what seemed like the impossible. 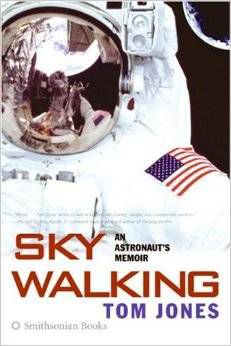 We’re just starting to see the shuttle-era astronauts releasing memoirs, but Jones’ was one of the first. Let me tell you, I’ve read quite a few astronaut memoirs; some are great, and some are . . . not. Jones’, thankfully, is one of the genuinely good and fun crop. Where he really excels is in his descriptions. He makes you really feel the danger of space travel, the exhilaration of a shuttle landing, the nausea that comes with being in a centrifuge. Perhaps it comes with being a scientist, rather than a pilot, but Jones is really unmatched when it comes to making you feel as though you’re experiencing what he’s describing. Reading this memoir is both exciting and almost visceral; it certainly makes for a great experience. 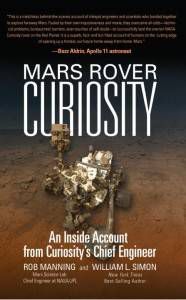 If you’re a person who geeks out at the details and loves the nitty gritty, then Mars Rover Curiosity is for you. It’s written by the chief engineer of the Mars Science Laboratory (MSL) project, and while it doesn’t have the narrative finesse of some of these other books, it’s a really incredible story. Anyone who wonders why these programs cost as much as they do and what mix of engineering, science, and politics goes into these projects should absolutely read this book. It’s amazing how much of the Curiosity project was done on the fly, and how close it came to cancellation again and again. The science and engineering that went into this project is just remarkable, and considering the fact that we know how the story ended, this book does a pretty great job at keeping the suspense level high.

Dragonfly: NASA and the Crisis Aboard Mir by Bryan Burrough

You remember Mir. That old Russian space station that met its demise in the movie Armageddon? The one we sent our astronauts to before the nice, shiny ISS? Well, it turns out that Mir was even more of a falling apart rustbucket than was ever really made public back then. Bryan Burrough, in this amazing narrative that is sadly out of print, investigates the spaceborne death trap, documenting the worst accidents in space since Apollo 13. It’s amazing we didn’t lose any astronauts aboard Mir, and thanks to Burrough, you get to know each American astronaut who served aboard Mir intimately (including my personal favorite, Shannon Lucid). This book reads like a thriller; it’s well researched and impeccably written, and despite the fact that you can’t buy it new, it’s pretty easy to find a used copy online. Here’s hoping that it comes back into print soon, even if only as an ebook!

And just for fun, here’s a picture of me and Shannon Lucid. Because she’s awesomeness personified. 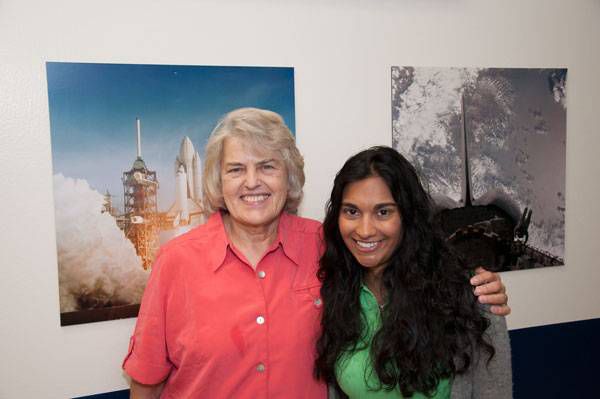