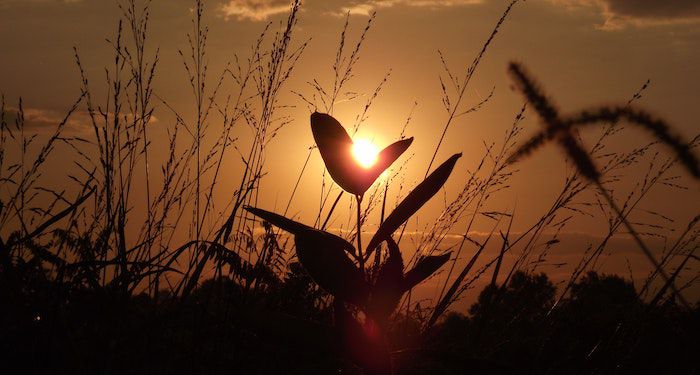 My mother was driving home from work one drizzly day at the end of 2019 when she was struck by an oncoming car that had veered into her lane. Her car was totaled but, luckily, she sustained minimal injuries. Still, she was mere months away from retirement and, now, she had to grapple with the effects of a concussion, shoulder pain, and severe anxiety.

It was eventually determined that she would need surgery for her shoulder. But then the pandemic hit and her treatment was delayed.

A year and a half later, she still has shoulder pain and tires easily. She goes to physical therapy three times a week. Sometimes, she has flare-ups and needs cortisone shots. She’s nervous about driving very far.

My father, meanwhile, has been wrestling with chronic depression and anxiety for years (we two are birds of a feather…). In recent years, his hands have developed tremors that have become increasingly worse. Testing has revealed inadequate answers.

Amidst other medical issues, it also emerged that my father was experiencing memory problems. The other month, he was diagnosed with mild cognitive impairment which, in 50% of cases, can grow into full-blown dementia.

I’ve had an interest in end-of-life care for a while now, mostly because of what I observed when my mom was caring for her own father. I’ve written previously about the books I’ve enjoyed that tackle end-of-life care, compassion fatigue, and caregiver burnout. More recently, the topic has become a side niche for me in my journalism work. In a piece that went live on Rewire.org last month, I write about the lack of systemic support for unpaid family caregivers.

All this time, I felt I was preparing for something. After all, I’m 40. My parents are 70.

But as the past two years have brought more challenges — both with their health and with the decisions I was forced to make for my 6-year-old as COVID spread across the world — I realized I wasn’t prepared at all.

So, I turned to books. Because of course I did. That’s what I do. And while I’m still scared of the inevitable shift to come in the next few years, I at least feel more grounded in what it all means, and what options we have.

If you, too, are entering the “sandwich generation,” allow me to share which books were helpful for me. 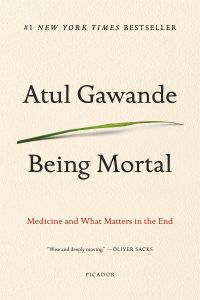 I actually read this one several years ago, but I’ve found it to be a good one to return to. In it, Gawande contemplates what it means to experience a “good death,” and shows how medical advances have led us to push back against the bounds of mortality in such a way our quality of life in later years is adversely impacted. He then shows that there is another way and that, rather than postponing death, we can enjoy life — until the very end. 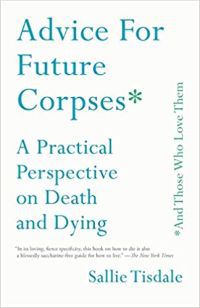 A fellow Book Rioter recommended this one to me back when I first started to get nervous about my parents’ health. After reading a library copy, I ordered my own copy, and now I’m doing a reread so I can dog-ear pages and take notes. Every time my husband sees the book on the counter, he shakes his head and calls me a morbid weirdo. But this book is a revelation. Written by a practicing Buddhist who also spent a decade working as a nurse in the field of palliative care, Tisdale provides a comforting perspective on whether or not a “good death” actually exists (good for whom?); what you should and should not do, say, and expect from your loved ones in their later years; what you can expect at the different stages of aging; the nature of grief; and more. I may be a morbid weirdo, but at least I’m a morbid weirdo who now feels a little less afraid.

Can’t We Talk About Something More Pleasant? by Roz Chast

I actually ready this one right before my dad received his MCI diagnosis, and I felt as if I were looking into my future. There is the anxious, aging father who eventually slips into dementia. There is the willful, stubborn-as-fuck, aging mother who refuses to ask for help when she needs it. And then there is the daughter — Roz Chast herself — who doesn’t know quite how to handle this sudden shift without completely upending her own life. Beyond the parallels to my own life, I appreciated how this graphic memoir showed a woman pushing back against what is expected of daughters, making decisions that took into account not only the care of her parents but also of herself. Foregoing one’s own care is a trap many unpaid family caregivers fall into. 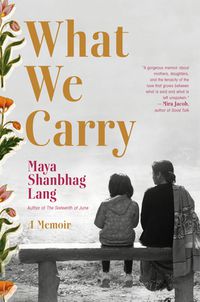 My mom and I have always been close…in a slightly codependent way. So I immediately connected to Lang as she described the ways in which she needed her mother — how much she counted on her to be there and support her during hard times — and how disoriented she became when, after becoming a mother herself, things changed. There are a lot of layers to this memoir, but what felt particularly relevant to me were the moments of reflection around her changing relationship to her mother as her mom became swallowed up by Alzheimer’s and the way this informed how she mothered her own daughter. On top of that, threaded throughout the book, was a fable of sorts about a woman who carries her child across a river and, as the waters rise, must decide whether to save herself or her child. By the end, though, Lang begins to see that the question of who to save is not as black and white as it first appeared.