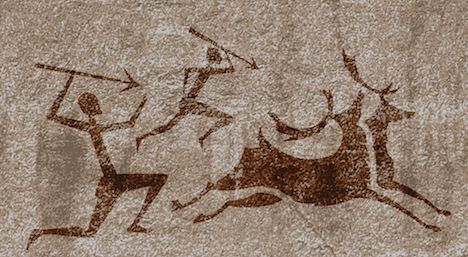 Early human history has always been a source of fascination to me. Who isn’t curious about the origins of humanity and our evolution? It’s one of the grandest questions of the thinking mind, wondering about our long journey along the road of evolution and wanting to understand more about our distant ancestors. While I make no comparisons of myself and great thinkers, I’ve always tried to follow along with various bits of anthropology and the science of human evolution. I want to be as scientifically literate as a layman can be. I have a long way to go, but it’s an interesting journey, if nothing else.

Then I saw this article and was utterly enthralled. I have never been a person to feel threatened by the idea that Neanderthals could teach things to Homo sapiens, or that the two likely interbred, or that they were here first. I like the idea that Neanderthals and H.sapiens could have lived side by side and maybe taught each other things. But the fact that these paintings predate ones done by H.sapiens is awesome. I love the possibility that maybe—just maybe—H.sapiens learned to symbolically and creatively express ourselves because we were taught to do so by our Neanderthal cousins. I don’t know that that could ever be proved—at least not without a lot more cave paintings, as Alastair Pike says in the article—but it is a really interesting thought that we learned art from Neanderthals. Maybe someone will write a book about it.

So, because it’s what I do, I gathered a short list of books about early humans. Enjoy! 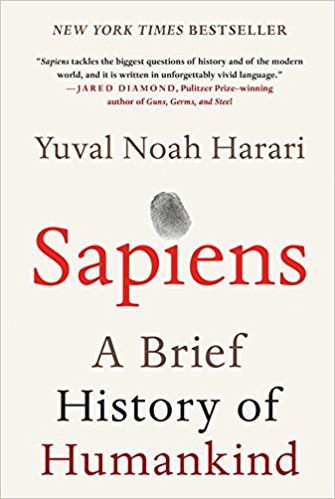 This book discusses the history of humanity from the dawn of cognition, roughly 70,000 years ago, and takes a look at how cognition, agriculture, and various scientific revolutions have impacted the ways in which humans have developed. It seems to have gotten mixed reception, but I thought it was utterly fascinating.

The Clan of the Cave Bear by Jean M. Auel

OK, so this might be cliche, but I still love this book. It is the story of Ayla, a Homo sapiens girl who is orphaned and raised by a clan of Neanderthals. Auel did a shit ton of research for her books and her settings are as vivid and accurate as possible with the data available at the time. 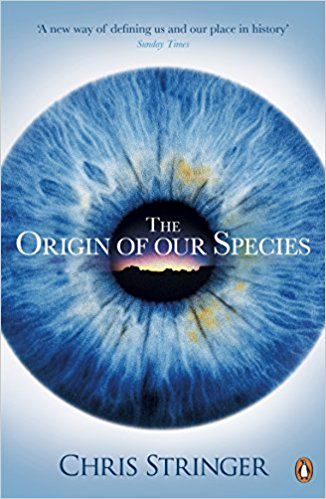 The Origin of Our Species by Chris Stringer

This book explains how fossils are dated, how radiocarbon dating works, and various theories as to why humans left Africa. It also talks about regional features and how they developed and if humans are still evolving.

The Last Neanderthal by Claire Cameron

A dual timeline novel. 40,000 years ago, Girl finds herself unexpectedly the leader of her tiny family, the last group of Neanderthals, as they struggle to survive a brutal winter. In modern France, archaeologist Rose Gale makes a discovery at a dig that may restructure the understanding of the earliest days of humanity.

What books about early humans do you recommend?  Want more nonfiction? Get it here.