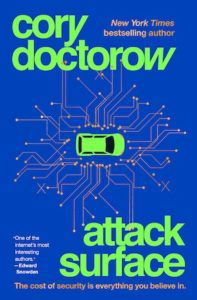 Cory Doctorow's Attack Surface is a standalone hacker thriller set in the world of New York Times bestsellers Little Brother and Homeland. In her day job at a transnational cybersecurity firm, Masha makes the hacks that allow repressive regimes to spy on dissidents. But, for fun and to ease her conscience, Masha sometimes uses her skills to help those troublemakers evade detection. When her targets were strangers, she could compartmentalize. But when the hacks she’s devised are directed at her friends—Masha must finally choose: the winning side or the right side? And whatever choice, someone’s going to get hurt. 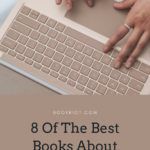 What does an activist look like? Reforming society is a duty that falls to all of us, as we grow and learn to identify inequality and injustice in the world around us. But when I hear the word activist, my mind comes up with an image that’s pretty one-dimensional. The first (incorrect) thing that comes to mind is a person carrying a sign and standing tall, usually with an arm raised.

The Cambridge Dictionary describes an activist as “a person who believes strongly in political or social change and takes part in activities such as public protests to try to make this happen”. However, acts of digital activism can look vastly different from one another. They range from reserving tickets to a rally that you’ll never attend to participating in digital marches to learn and support. The following books all look at some part of digital activism and trying to be an activist in today’s world. Please be aware that every one of these books covers content that can be triggering and take care of yourselves. 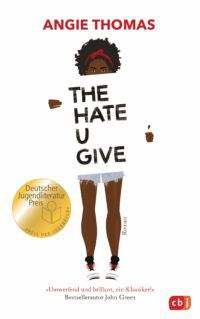 Well known and well loved, The Hate U Give was an automatic add to this list. It deals with racism, loss, and the danger in being a person of color in the United States of America. It also tackles media biases and does a spectacular job at conveying the grief, fear, and internal conflict that the main character, Starr Carter, experiences after having to watch a childhood friend die before her eyes. This is the sort of book that haunts your thoughts in quiet moments for days after. 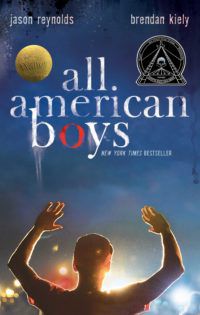 What happens when someone you admire does something awful? The story of All American Boys is much more than your standard case of hero worship being shaken by the actions of a celebrity. Rashad Butler is brutalized by cop Paul Galluzzo, who wrongly suspects him of stealing, and the violent actions of said cop are witnessed by Quinn Collins, a classmate of Rashad’s and Galluzzo’s ward. Decisions are made, sides are taken, and the reader is immersed in a stunningly written account of just how difficult it can be to accept the truth when it’s not something you want to hear. 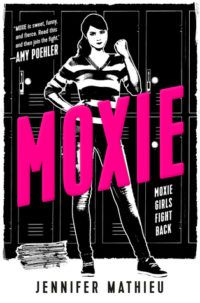 Sometimes I wish I could send a book back to myself when I was younger and felt like no one else in the world was seeing the world like I was. Moxie is one of those books. Vivian Carter is the kind of girl who my more conservative relatives would have thought was a bad influence. In reality, she’s the kind of girl who won’t accept double standards and, throughout the course of the book, finds others who share the same ideals. You’ll probably come away having nodded or grimaced in agreement at some point and wanting to make your own zine. 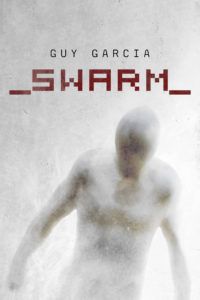 Swarm is a cyberthriller that examines the weaponization of technology to control the masses. You might say that that’s already happening with targeted ads and misinformation in the media, but this takes it about ten steps forward to look at what could happen if corruption resulted in governments exploring ways to make mind control a reality. 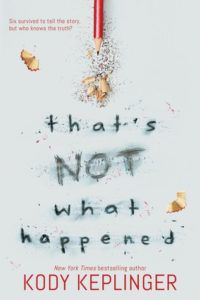 That’s Not What Happened by Kody Keplinger

The aftermath of a school shooting is often rife with misinformation and That’s Not What Happened looks at how that misinformation can affect the survivors and the loved ones of the victims who’ve passed. The main character, Lee, is a survivor who lost her best friend in a school shooting and has to deal with her own trauma as well as the knowledge that her friend’s last moments were very different to what was reported. The book follows Lee’s attempts to set the story straight. 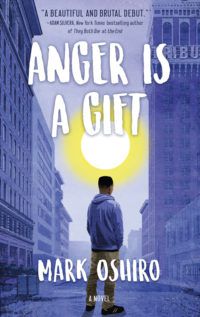 Mark Oshiro’s debut is a story about a boy whose father was torn apart by the media after being murdered by a police officer, and his own experiences as a teenager whose high school seems determined to use the local police force to get students to “behave themselves.” Moss, dealing with panic attacks from the trauma, is determined for things to change. Oshiro’s characters are flawed and complicated and the examination of anger’s use as a tool is quite interesting. 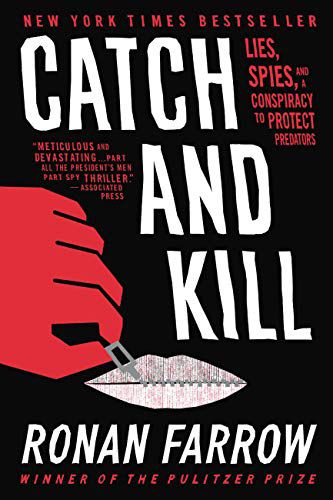 Another look at the Harvey Weinstein story that gives you even more to be furious about, this is the only nonfiction book on this list. Because of that, I think it’s the one most likely to give a reader nightmares. It feels like common sense to think that you’re not going to get the whole truth from anything you read, but the recounting of how much work was put into trying to bury the Harvey Weinstein case is infuriating and it’s resulted in more than one thought spiral for me about just how much might be hidden from the general public. 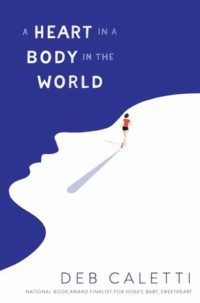 A Heart in a Body in the World by Deb Caletti

The urge to run is something that I’ve found myself feeling more and more when my anxiety spikes, and Deb Caletti’s use of this need to convey just how dramatically altered the main character, Annabelle, is by what’s happened to her really hit me. Sexual assault is really tricky to write about in a way that properly captures how devastating it is to the survivor, and I think this book does it really well.