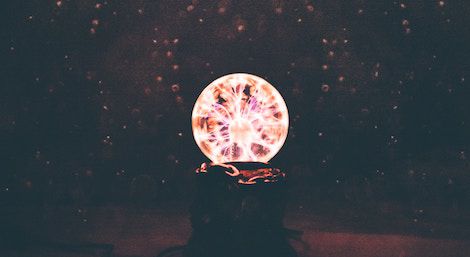 Recently I watched The Chilling Adventures of Sabrina, a remake of the beloved WB show Sabrina, The Teenage Witch. However, there’s nothing bubbly or happy about this series. It still has the same cast of characters. You still have Sabrina Spellman, the young half-witch who needs to decide to be a witch full time or be a human. She’s got her loving aunts, Zelda and Hilda. She’s even got her all-American boyfriend, Harvey.

However, what this has that Sabrina, The Teenage Witch didn’t was a prominent use witchcraft and the evils that come with it. It was kind of jarring to watch the cast nonchalantly talk about magic and using it to serve the dark lord. As I was watching the show, I was so shocked by how dark it was. I even asked myself, when did magic get so dangerous?

When we read fantasy nowadays, we always consider magic to be this beautiful product of a person’s abilities and some sort of wish fulfillment. I like to say that Harry Potter provided a little bit of this; the story of a young boy who finds out is a wizard and uses his powers to defeat Voldemort. But there’s one thing we forget about Harry Potter, Voldemort also uses magic. He just uses it for evil.

There’s always the good magic and the bad magic and like the two surfaces of a coin, magic in fiction has played to benefit both. Magic in the hands of good means the world continues to turn and no one gets hurt. Magic in the hands of evil means destruction and death. But also, magic is feared. Magic is shunned, banned, destroyed. Magic makes human kings look like peasants. Magic makes a mockery of the strength of the human spirit.

This recent release includes a dark magic that feeds off the girls living on Sawkill Island; a small place somewhere in the northeast of the US. The monster uses girls to regain his own powers, he uses girls to tether him to this world, and they even need girls to sacrifice themselves for his own ending. If you think magic is fun, then watch as it deteriorates your friends and loved ones. 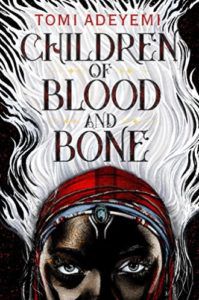 This particular book is about how magic makes its revenge. Young Zelia comes from a family of magic, but they are no longer allowed to use their powers. In fact, magic barely exists anymore. But when Zelia starts to see her magic come back to her, she becomes a bigger threat to the world she lives in.

The Lord of the Rings by J RR Tolkien

While the series itself has elves and trolls and hobbits that want to destroy darkness and the one ring, we have to also consider how power that ring is. I think The Lord of the Rings is a prime example that magic can be evil and we can’t be too careful with how that magic changes us.

A Darker Shade of Magic by VE Schwab

There isn’t a lot of magic in these books, but the one character who has magical powers tends to use it for trade deals between Londons. He has to open portals to the different Londons with his own blood. The magic itself is coveted by those who don’t have magic and the fight to have the most magical powers across all the Londons is definitely a great story on how dangerous magic can be in the wrong hands.

The Fifth Season by NK Jemisin

This book is categorically science fiction, but the book does have some magical elements. The orogenes of this world have the ability to wipe out miles and miles of living things with one quick thought. They’re considered dangerous, placed in a training facility in order to become safer members of society. However, their lives aren’t easy and it feels more like imprisonment than training. Could a magical people be that dangerous to the rest of the world?