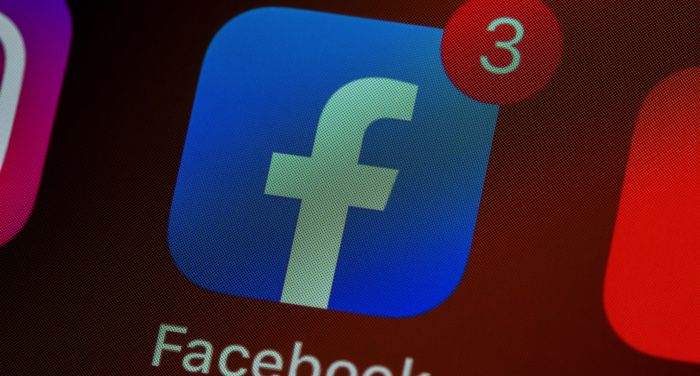 Not that there’s any particular reason you’d want this right now, but there are quite a few books out there that deal with conspiracy theories. Whether they’re teaching you to spot a convincing hoax, helping to talk your loved ones out of a wacky idea, or skewering a particular idée fixe, they’re invaluable. Stock up, reading buddies. The ride’s probably not over quite yet.

There is a notable lack of diversity in this sector — most books about conspiracy theories are apparently written by white guys about white guys. However, white people, while notoriously prone to conspiratorial thinking, do not have a monopoly on collective agreement over bad ideas. For a broader take on conspiracy theories in BIPOC communities, listen to the always-hilarious Langston Kerman and his podcast, My Momma Told Me. Amber Butts also has a very interesting perspective on why conspiracy theories in the Black community compel at RaceBaitr. 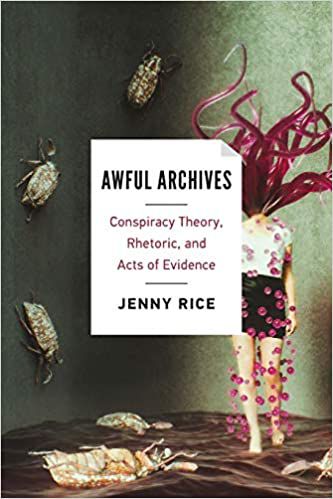 We ought to be able to talk QAnon folks out of this whole wacky Trump-pizza-Jewish-lasers-something dealio, right? Wrong, says Jenny Rice, Associate Professor of Rhetoric at the University of Kentucky. Evidence of reality doesn’t sway people who already have what they consider to be mounds of evidence…for the conspiracy theory, that is. Understanding this is the key to more productive debate with people who end up becoming conspiracy theorists. It may even be the key to breaking them out. 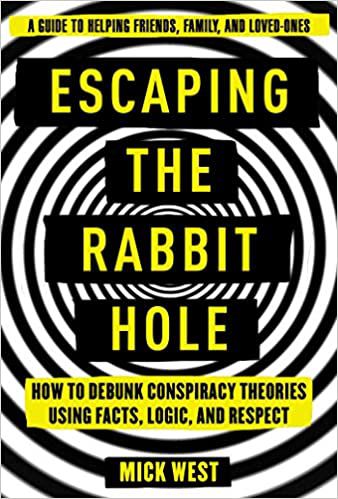 If you’re here for a book that’s going to help you extract your mom from QAnon, then look no further. West doesn’t just discuss conspiracy theories in this book, but also teaches you how to debunk them good and proper without entrenching your would-be rescue subject. Don’t approach the Thanksgiving table without having at least glanced through. 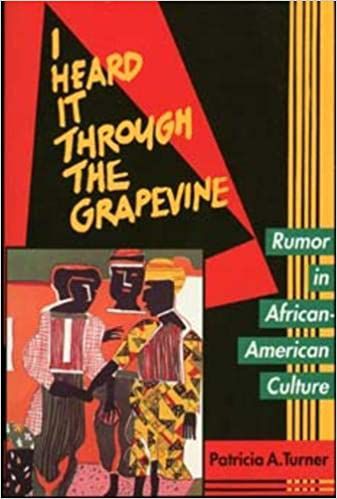 I Heard It Through the Grapevine: Rumor in African-American Culture by Patricia A. Turner

This one’s a little older, but it’s worth including here. This is because there’s an important facet of BIPOC conspiracy thinking that’s important to note: it’s not necessarily unfounded. From the Tuskegee Syphilis Experiment to COINTELPRO, there have been numerous conspiracies relevant to Black health and safety that have proven to be true. Who can blame people for swallowing a wild-sounding story after another bunch of wild-sounding stories turn out to be all too real? While the book may be a little dated, author and UCLA Dean and Vice Provost Patricia Turner is still talking about the foundation of collective paranoia, especially medical conspiracy theories, in the Black community. Her current context, COVID-19, is critical reading. Don’t miss her recent panel. 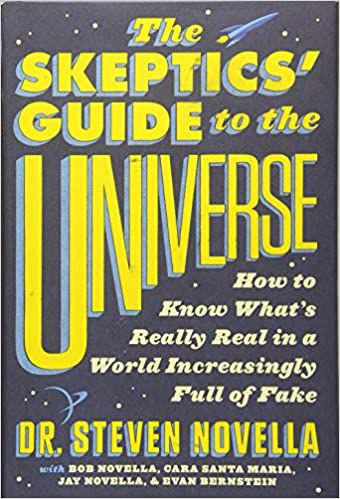 The Skeptics’ Guide to the Universe: How to Know What’s Really Real in a World Increasingly Full of Fake by Dr. Steven Novella

Dr. Novella teaches at Yale and has a podcast all about critical thinking. This work of his is also a leader among the ranks of books about conspiracy theories. Fun fact: he was also involved in pioneering research about ASMR! To make a long story short, this guy is smart and entertaining, and you should absolutely give this title a look if you want to hone your mind against nonsense and quackery. 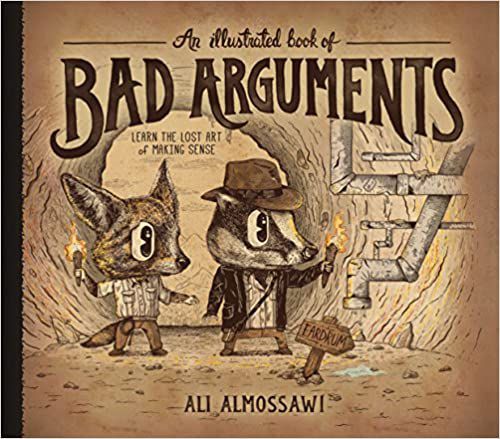 An Illustrated Book of Bad Arguments by Ali Almossawi

When your old college buddy trots out chemtrail conspiracies on Facebook, it’s time to pull out this delightful and highly entertaining book of logical fallacies. One by one, you’ll travel through a delightful landscape of straw man fallacies, logical inconsistencies, and ad hominem attacks, discovering what makes each one unique, convincing, and dumb. 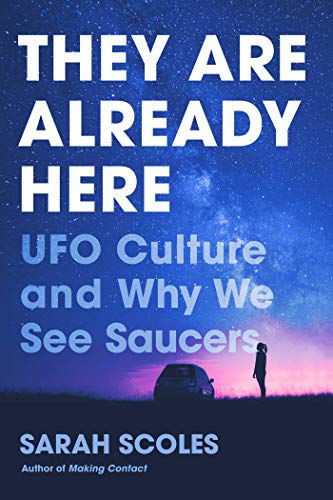 They Are Already Here: UFO Culture and Why We See Saucers by Sarah Scoles

This is a book that does not actively debunk. Instead, it seeks to understand — and that understanding often accomplishes the same end goal. If ever a book about conspiracy theories debunked with gentle compassion, this would be it. Welcome to an exploration of the people behind UFO culture. It isn’t mean, it doesn’t belittle, and it never shames. 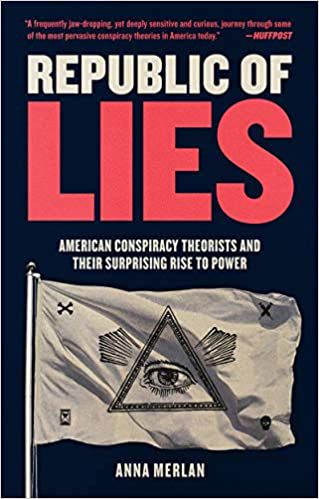 Republic of Lies: American Conspiracy Theorists and Their Surprising Rise to Power by Anna Merlan

You knew there were going to be books about conspiracy theories that dealt with our current political landscape! Your ability to understand what’s going on with (gestures at all of this) will depend on your ability to look beyond the cartoonish characters promoting bunk. After all, there’s often a logic behind people who promote nonsense — it’s just got more to do with alienation and resentment than it does with the “deep state.” 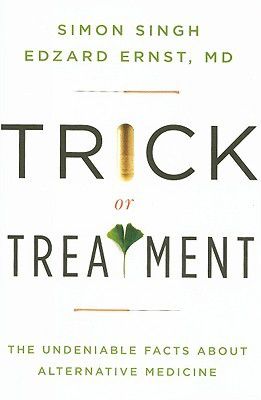 Trick or Treatment: The Undeniable Facts about Alternative Medicine by Simon Singh and Edzard Ernst, MD

Isn’t the scientific method a great thing? Singh and Ernst think so, but many of the manufacturers of homeopathic medicine fail to agree. That’s why they tend to promote the idea that doctors are out to get you. In this case, an anti-medicine conspiracy theory can do real harm to your friends and loved ones. Arm yourself with knowledge about the alternative medicine industry by reading this book. 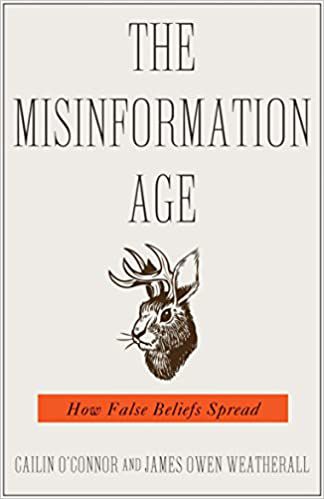 When embarking upon an epic debunking jaunt, it’s helpful to understand how your deluded uncle came to believe that Hillary Clinton was sacrificing children in the nonexistent basement of a D.C. pizza joint. This book discusses the social forces that drag people into odd beliefs. Believe it or not, the Pizzagate concept itself isn’t that convincing. Your uncle’s social media buddies, on the other hand…

Maybe you just want to read about some aliens and clicked on this article by mistake. That’s OK! Book Riot still has you covered!