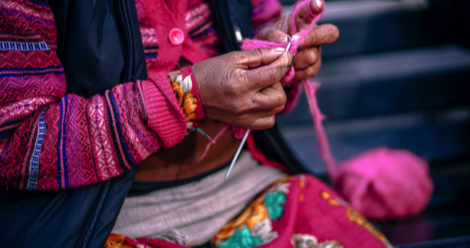 Like every other breathing, thinking, news-consuming human being, I have been very affected by the humanitarian crisis happening at the U.S. border.

Now that the Trump administration has so successfully drawn our eyes to the border, I think it’s (finally) appropriate to understand what is happening. Why are so many families looking for asylum in the United States? Where are they coming from? Why?

“no one leaves home unless

home is the mouth of a shark…” (Warsan Shire)

Often, the way refugees are represented by the media is very whitewashed; their humanity gets stripped away. We don’t know who these people are; who they were in their home countries. We tend to expropriate their identity, and treat them only as a group of victims. I wish we could focus more on their stories. Understand what they’ve endured, and share in their struggle. 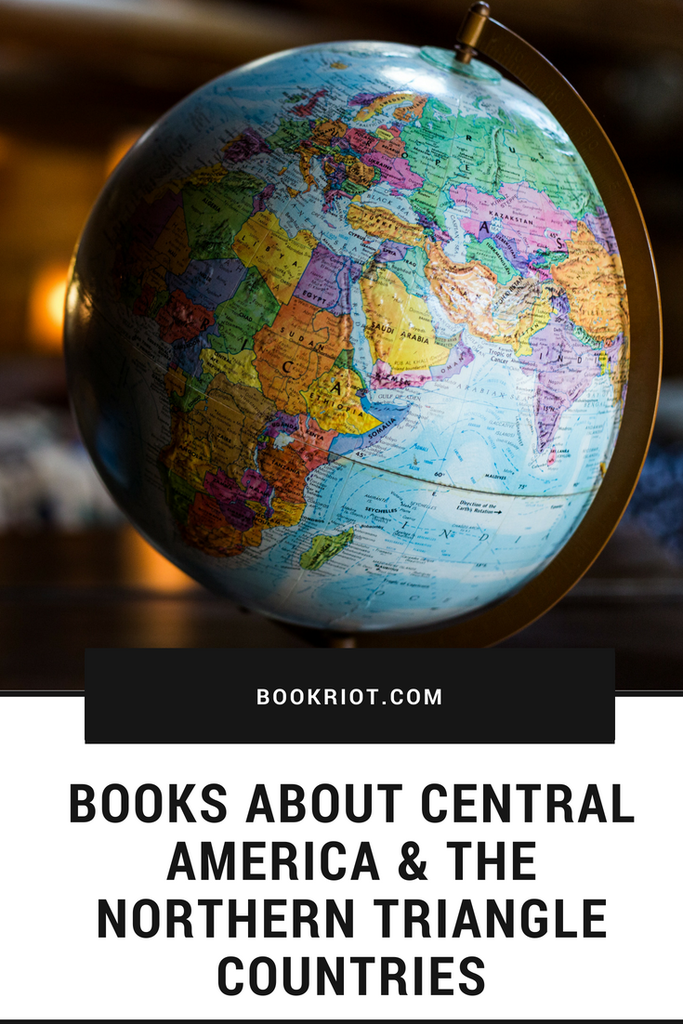 Most people looking for asylum are not from Mexico; they are from Honduras, El Salvador, and Guatemala, or the Northern Triangle. Central America’s Northern Triangle countries are some of the most dangerous places to live on the planet. In the 1980s the countries experienced civil war, and since then, their governments have been unstable, allowing gang violence, drug trafficking, and corruption to ravage their institutions.

Many people making the trek to the United States are refugees. Yes, refugees, not immigrants (even though the difference is murky), because people fleeing the Northern Triangle countries are fleeing for their lives, so they are seeking asylum in the United States (and stand by, because the Trump Administration has already made the guidelines for asylum more draconian).

The journey from these countries to the United States can take months, and is fraught with danger. (When we turn them away, are they just supposed to go back the same way they came?)

So I had to get crafty, and dig deeper to find titles from these two countries (Guatemala was, comparatively, more fairly represented).

I also wanted to include other timely books like: Tell Me How it Ends: An Essay in Forty Questions by Valeria Luiselli, which details the journey of unaccompanied minors to the border, and the callous system of laws and “justice” in the United States that turn a cold shoulder to the plight of children seeking protection in a country that espouses ideals and morals, but practices racism and fear.

Also, a short book of fiction: Signs Preceding the End of the World by Yuri Herrera. Herrera is a Mexican author, but the details of one girl’s struggle to cross the border to find her brother, and the alien world she finds once in America, is a story not to be missed. When I try to imagine the journey of these refugee families, I always think of this book.

Last year I wrote an article called Where You Can Find Bilingual and Spanish Children’s Books and I found a really great children’s book publisher in Guatemala. Amanuense is located within Guatemala, and you can browse their books on their website (it’s a beautiful website), and then if you’re interested in purchasing titles you can purchase them from Amazon or from La Libreria. La Libreria was new to me; I didn’t find it when I researched my last article, but I’ve found it now, and I’m strongly recommending it to anyone looking for books for children that are published in Spanish! They are located in Los Angeles and have book titles for kids ages 0–10+. A great resource!

books About Central America from El Salvador, Guatemala, and Honduras; or, the Northern Triangle: 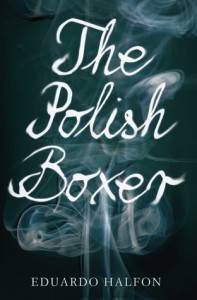 This is about one man (the author, but a fictionalized version of himself) and his journey to selfhood. I’ve not read this book yet, but it’s been on my list of translated books to read (I’m slowly trying to make my way around the world, one book at a time). 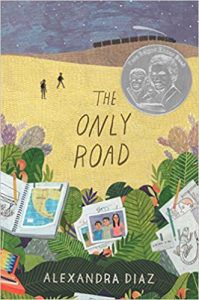 This book might be a cheat, because the author is the daughter of Cuban refugees (not Guatemalan), but her story is about two children who decide to flee Guatemala when almost everyone they know has been killed by a gang known as Alpha. Their story is based on true events. 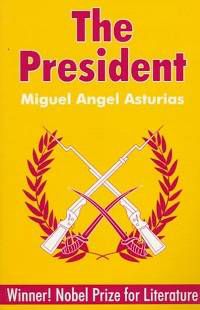 The President by Miguel Angel Asturias, translated by Frances Partridge

Miguel Angel Asturias won the Nobel Prize for Literature in 1967. He died in 1974, so his writing might not be totally relevant to the turmoil is present-day Guatemala, but this “is a story of a ruthless dictator and his schemes to dispose of a political adversary in an unnamed Latin American country usually identified as Guatemala. The book has been acclaimed for portraying both a totalitarian government and its damaging psychological effects. Drawing from his experiences as a journalist writing under repressive conditions, Asturias employs such literary devices as satire to convey the government’s transgressions and surrealistic dream sequences to demonstrate the police state’s impact on the individual psyche. Asturias’s stance against all forms of injustice in Guatemala caused critics to view the author as a compassionate spokesperson for the oppressed.” 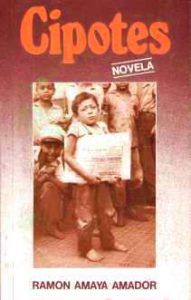 A Dickens-like novel from a much loved Honduran author; Cipotes is a classic in Honduras, but has never been translated. And since Honduras is so underrepresented, it might be nice to take a book like Cipotes, and translate it! So calling all publishers (big and small): we need more books from Honduras! This might be a good place to start. 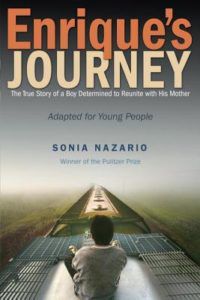 Not a Honduran author, but this is a story about Honduras, and why people decide to leave their country and make the northern journey to the United States. This is a fascinating account of border crossing, danger, and how other countries (Mexico) treat migrants.

Here’s a short story: “In the Garden of Her Eyes” by Javier Abril Espinoza. The author is from Honduras. 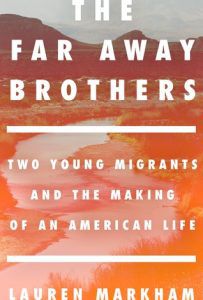 The Faraway Brothers: Two Young Migrants and the Making of an American Life by Lauren Markham

This book is ripped right out of the headlines: “The deeply reported story of identical twin brothers who escape El Salvador’s violence to build new lives in California—fighting to survive, to stay, and to belong.”

It is nonfiction, and it is not by an author from El Salvador. Like Enrique’s Journey, I think these books of narrative nonfiction that capture the journey of young unaccompanied children and the dangers they face as they journey to America are really important. These books enrich my understanding of issues I am far removed from. 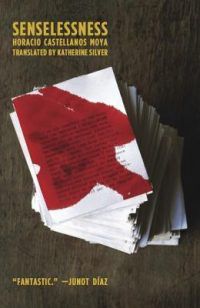 This book is by the much-acclaimed writer Horacio Castellanos Moya, who is from El Salavador. Of all the books I’ve listed so far, this is the one I want to read the most: “A boozing, sex-obsessed writer finds himself employed by the Catholic Church (an institution he loathes) to proofread a 1,100 page report on the army’s massacre and torture of thousands of indigenous villagers a decade earlier, including the testimonies of the survivors. The writer’s job is to tidy it up; he rants, “that was what my work was all about, cleaning up and giving a manicure to the Catholic hands that were piously getting ready to squeeze the balls of the military tiger.” Mesmerized by the strange Vallejo-like poetry of the Indians’ phrases (“the houses they were sad because no people were inside them”), the increasingly agitated and frightened writer is endangered twice over: by the spell the strangely beautiful heart-rending voices exert over his tenuous sanity, and by real danger—after all, the murderers are the very generals who still run this unnamed Latin American country. 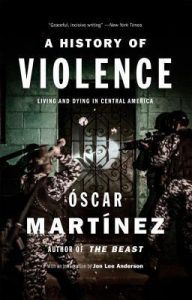 A History of Violence: Living and Dying in Central America by Oscar Martinez

El Salvador and Honduras are two of the most violent places in the world. Every day 1,000 migrants flee their homes and make the trek to North America. Oscar Martinez is an author and reporter from El Salvador; in this book he reports from brothels where women have been trafficked and from Salvadoran slums, and goes undercover to drink with narcos. 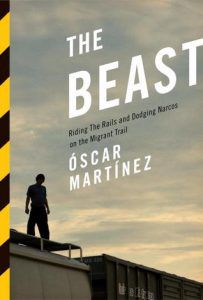 The Beast: Riding the Rails and Dodging Narcos on the Migrant Trail by Oscar Martinez

The Beast or La Bestia is a train that runs from the border between Guatemala and Mexico, through Mexico, to the border between the United States and Mexico. Most migrants, especially child migrants, journey through Mexico on the back of La Bestia. Not only are these children jumping on moving trains, they are also dodging traffickers and other criminals. When they reach the U.S. border unscathed it is literally a miracle. 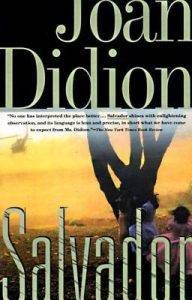 Again, obviously not an author from El Salvador, but I’ve never read Joan Didion, and now I desperately want to read this book: “The place is El Salvador in 1982, at the ghastly height of its civil war. The writer is Joan Didion, who delivers an anatomy of that country’s particular brand of terror—its mechanisms, rationales, and intimate relation to United States foreign policy. As ash travels from battlefields to body dumps, interviews a puppet president, and considers the distinctly Salvadoran grammar of the verb ‘to disappear,’ Didion gives us a book that is germane to any country in which bloodshed has become a standard tool of politics.”

I think this book will help me understand what led El Salvador to be the country it is today.

For more reading on the immigrant experience try these lists:

9 Books About the Contemporary Immigrant Experience in America, from Signature

12 Excellent Books to Understand the Refugee Experience, from Signature

6 Middle Grade Books on the Immigrant Experience, from Book Riot

8 Must-Read Immigration Stories By and About Latinos, from Book Riot

15 Works of Contemporary Literature By and About Refugees, from Literary Hub

25 Great Books By Refugees in America, from The New York Times

The news can make us feel powerless, but I believe being well-informed is a great weapon in the fight for the soul of this country. Ignorance should never be an option.