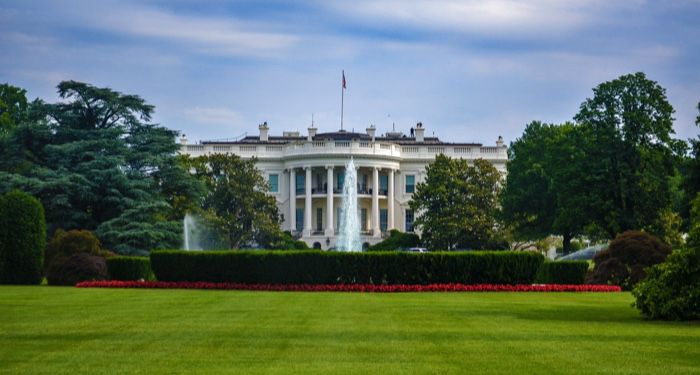 “Make it make sense” is a pretty common refrain these days. But what ails America in 2020 goes deeper than election coverage allows. Understanding the currents and social forces driving American discontent and voting in 2020 requires a deeper and longer view. When I reach for explanations of what’s happening, the information and theories that have helped the most come from a range of sources. So I’ve gathered books and essays that chart the American cultural and political landscape across a range of disciplines. From sociology and political science to communication studies, rhetoric and network analysis, these pieces lend insight to American politics and society in the Trump era—where we are today and how we got there.

American Politics Leading Up to the Trump Era 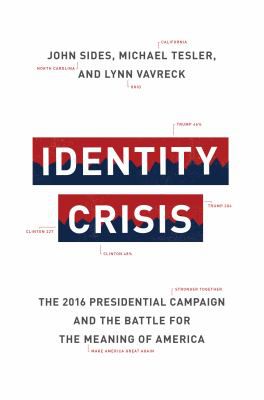 Identity Crisis: The 2016 Presidential Campaign and the Battle for The Meaning of America by John Sides, Michael Tesler, and Lynn Vavreck

Based on a plethora of data on attitudes, demographics, and vote choice, political scientists John Sides, Michael Tesler, and Lynn Vavreck conclude that economic concerns played a lesser role in Trump’s victory in 2016 than many have claimed. Rather, the authors contend, his support stems largely from the identity driven prejudices of white voters. 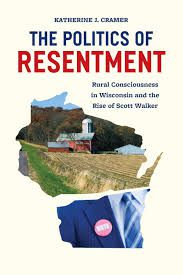 The Politics of Resentment: Rural Consciousness in Wisconsin and the Rise of Scott Walker by Katherine Cramer

While most people recognize that there is a racial divide in American politics, we pay less attention to the rural-urban split. Professor of political science Katherine Cramer explores this overlooked factor in American politics—rural consciousness. Like Sides, Tesler, and Vavreck, Katherine Cramer recognizes social identity as a major force. But she looks at things through a different lens. Taking an “interpretivist” approach, she examines the tools people use to understand politics. In all she made three rounds of visits to 27 sites. Her central finding? The people Cramer studies feel deep resentment of the professional class and of people in the cities. 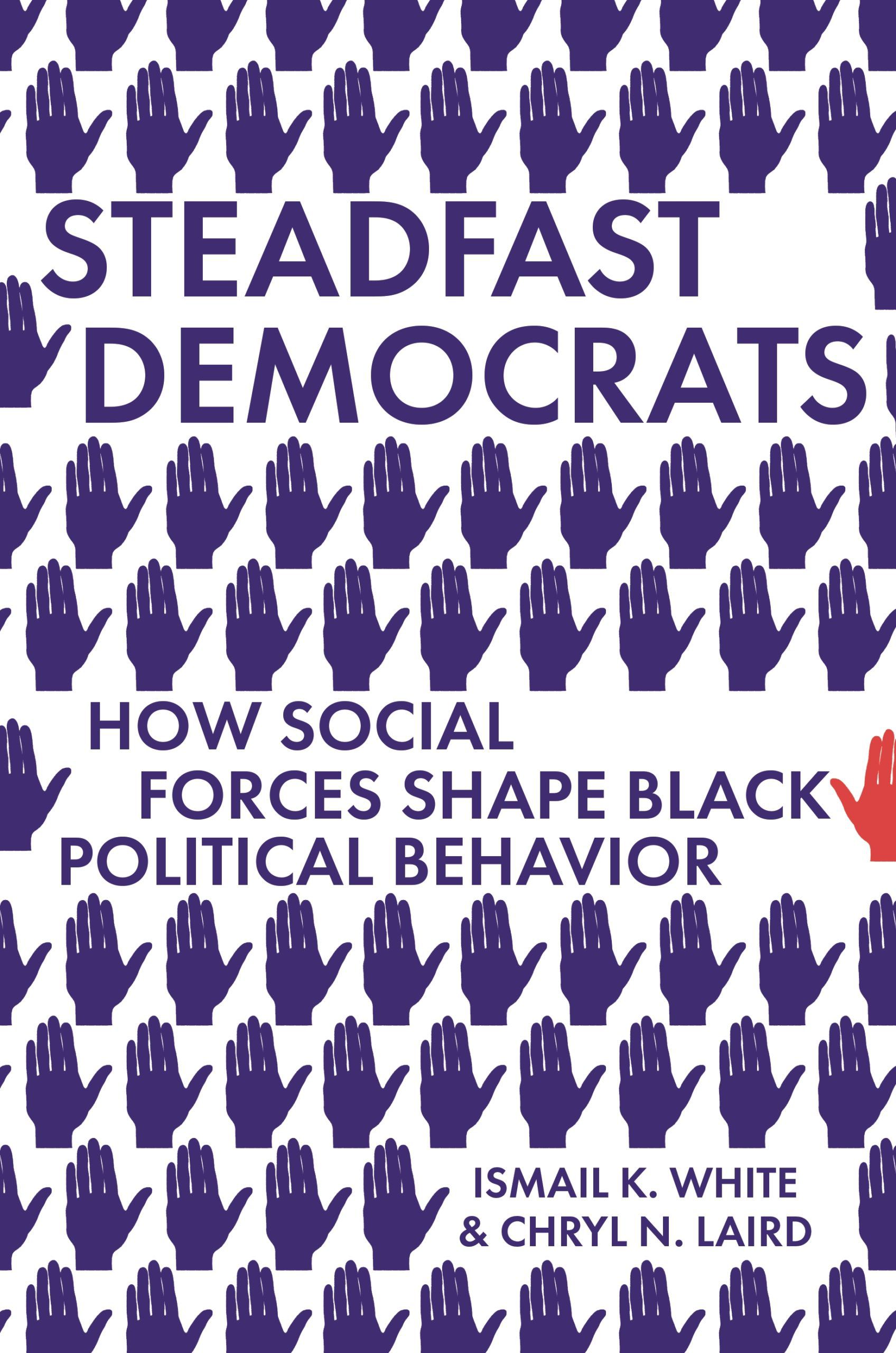 Black Americans comprise the Democratic party’s most loyal base. That much is fairly well-known. They’re also “the most unified racial group in American electoral politics.” But what’s less known is that African Americans are also ideologically diverse. In recent history, 80% to 90% of African Americans have identified as Democrats and voted for Democratic candidates in presidential elections.

Nonetheless, a significant number of Black Americans consider themselves to be ideologically conservative. Plus, they show that presidential elections aren’t the only instances of Black political unity that matter. In the Alabama senate race of 2017, for example, African American voters were pivotal to Doug Jones’s success. They comprised 29% of the electorate, and 96% supported the former civil rights attorney. Furthermore, what is even less known and examined, are the very compelling historical and social forces that combined to make it so. In this critically praised and well-researched book, Ismail White and Chryl Laird correct this critical oversight in unprecedented depth.

“How the Black Vote Became a Monolith” by Theodore R. Johnson

Ted Johnson, Doctor of Law and Policy, senior fellow at Brennan Center for Justice, and former speechwriter to the Chairman of the Joint Chiefs of Staff, has researched and written about Black voting behavior for years. In this New York Times essay, he also examines the seeming disconnect between the ideological diversity and political unity of African Americans. As a child of the south, raised in the Black church, as well as an academic, he knows this territory well. And so he begins with a personal story before diving into the data. As he shows, “surveys routinely show that Black Americans are scattered across the ideological spectrum despite overwhelmingly voting for Democrats.”

The key to that conundrum lies in a simple but powerful fact: “Our rights are always on the ballot.” Racism and political polarization have forged a flaw in the American system of democracy. It feeds on and provides political incentives for racial division. 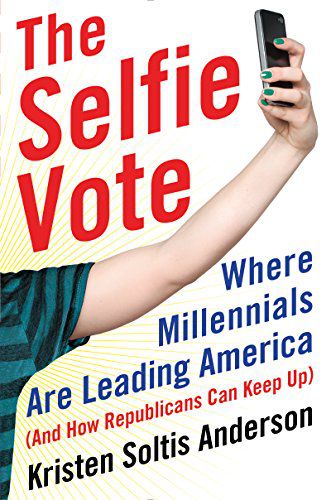 The Selfie Vote: Where Millennials Are Leading America (And How Republicans Can Keep Up) by Kristen Soltis Anderson

Kristen Soltis Anderson is a conservative pollster, a political consultant, and a millennial. Her book tells the story of the road not taken in GOP politics. In 2015, she mapped out the political attitudes of millennials and how the Republican party can make the changes necessary to appeal to them. The party did not follow that road map, but it’s a great story about what could still be.

American Society Before and During Trump 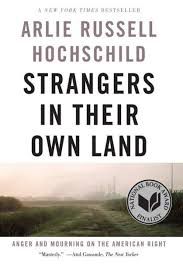 Strangers in Their Own Land by Arlie Hochschild

It’s one thing to identify the proximate factors behind Trump’s rise. The harder thing to do is answer why. What needs does he fulfill? How does this connect to currents that existed long before his administration or even his run? Sociologist Arlie Hochschild digs deeper into the thinking and feelings undergirding White America’s identity crisis, exploring the worldview and what she dubs “the deeper story.” Hochschild bases her conclusions on five years of participant observation. Between 2011 and 2016, she made ten trips into southwestern Louisiana. In that time, Hochschild interviewed a total of 60 people in the communities where they lived and worked. Two-thirds were tea party supporters. Through those conversations she explores “how life feels to people on the right—that is, in the emotion that underlies politics.”

“The Nationalist’s Delusion” by Adam Serwer

There’s no way to understand American politics and society in the Trump era without understanding white nationalism in America. For that and its brevity, this brilliant essay published in the Atlantic packs the greatest punch. You can read it in an hour, but it provides a much needed history lesson. Serwer shows that Trumpism is no anomaly. Its supporters follow a longstanding tradition in American politics. They disavow racism while signing on to a broad agenda of discrimination.

Revisiting this three years later, it struck me that the truth of the Trump presidency may be even worse. Serwer sounded alarmist to some in 2017. And yet, since publication, the president has been reticent to condemn white nationalists even in the face of deadly events like the march in Charlottesville. The record shows that many no longer feel the need to even do lip service to disavowing racism.

Communication and American Politics in the Trump Era 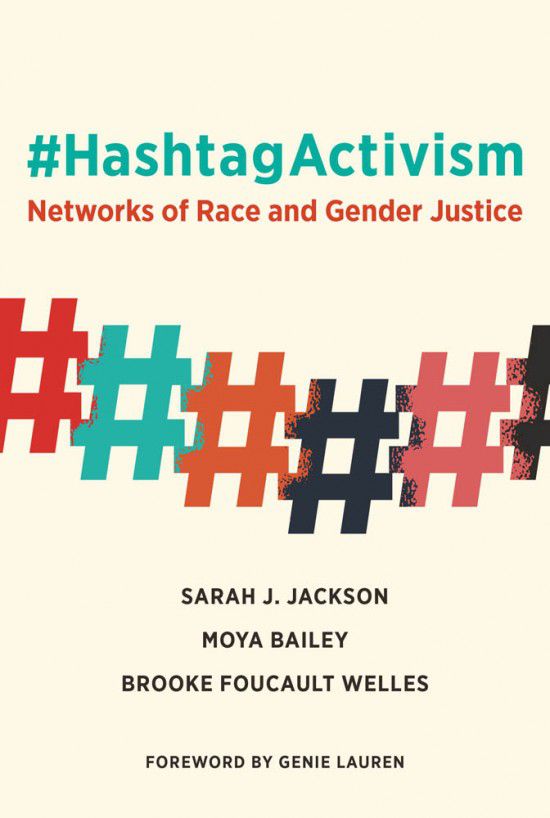 No reading list on American politics in the Age of Trump would be complete without a meaningful examination of social media. #MeToo and #BlackLivesMatter are likely the best known examples of the power of political activism online. But the potency of “hashtag activism” or political organizing via social media emerged years before. It first manifested in dramatic fashion during protests against the Iranian election of 2011. In this ground-breaking and critically well received book, three leading scholars explore the power of counterpublics—outsider or alternative publics that challenge the dominant discourse in the pubic sphere—to shape American politics online. For example, Ms Magazine recently featured an excerpt, “Women Tweet on Violence: From #YesAllWomen to #MeToo.” 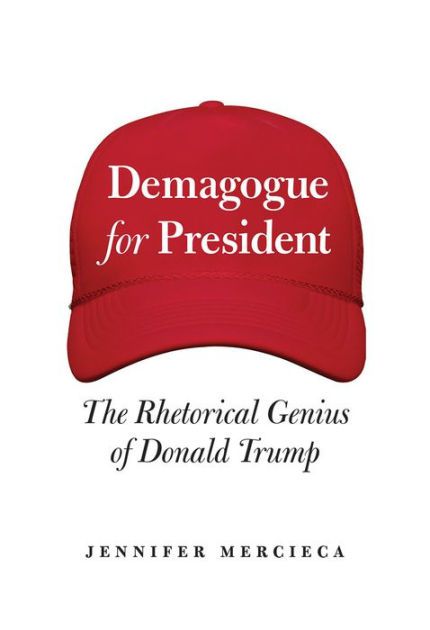 Demagogue for President: The Rhetorical Genius of Donald Trump by Jennifer Mercieca

While white identity politics drives much of Trump’s appeal, that’s also true of support for Republican candidates in general. But Donald Trump also differs from most of his predecessors in ways that matter. He’s a bombastic, and in his own way, powerful speaker. In this book, rhetorician Jennifer Mercieca examines why Trump’s style, which is so confounding to many, is pure genius to others. 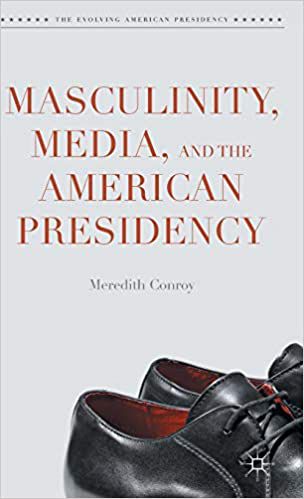 Masculinity, Media, and the American Presidency by Meredith Conroy

Conceptions of political leadership in the United States are highly gendered. This has long been understood as a fact of American politics. Both political theorist Murray Edelman and linguist George Lakoff, for example, point to the language we use as one indicator of this. In Moral Politics, Lakoff argues that we conceptualize the nation as a family and see the American president to a national father figure. In Constructing the Political Spectacle, Edelman shows that we look to that presidential father figure for reassurance and calm in a confusing world. Idioms like fathers of the nation, founding fathers, and Uncle Sam are also manifestations of this gendered thinking about leadership.

Despite this knowledge, we haven’t yet fully contended with what that gender bias means for women in politics. Looking at media framing in news coverage of campaigns, professor of political science and political communication, Meredith Conroy addresses that gap. Conroy examines how the way we think about leadership advantages men and disadvantages women.

“How the news media portray Latinos in stories and images: 5 Studies to Know” By Denise-Marie Ordway

Image matters. How people think and feel about a group influences the public’s support for policies that target that group. The studies highlighted in this article examine the ways that America’s second largest and fastest growing population is portrayed in the news media.

There are many other great resources for further reading about American politics on Book Riot. For a broader view, start with: 50 Must-Read Books About American Politics. And you can take a tour of the slew of books about the Trump presidency in specific.