Recently, President Biden signed into law the American Rescue Plan, a $1.9 trillion stimulus package intended to speed up America’s recovery from the COVID-19 pandemic. The stimulus includes direct payments to Americans and allocates funds for extending unemployment benefits, supporting state and local governments and school reopenings, and expanding access to coronavirus testing and vaccines. Many elements of the plan specifically target low- and no-income households, aiming to lift millions of Americans out of poverty.

Noticeably absent from this historic bill, which was passed in the Senate using the budget reconciliation process in order to avoid a filibuster by Republicans, is a measure to raise the federal minimum wage to $15 from the current $7.25, which it’s been since 2009. Originally included in the bill, the minimum wage increase was ruled by the Senate Parliamentarian as falling outside the scope of budget reconciliation. While we wait to see what happens next (get ready for midterms, y’all), let’s take a look at some books about the history of American labor and the minimum wage.

General History Books About American Labor and the Minimum Wage 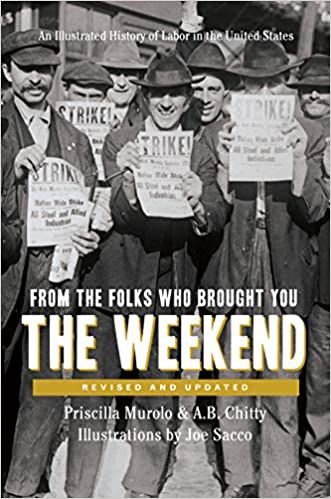 From the Folks Who Brought You the Weekend: A Short, Illustrated History of Labor in the United States by Priscilla Murolo and A.B. Chitty

Don’t take your weekends for granted, folks — they’re the product of a lot of, well, labor. This comprehensive, people-centered history of American working conditions and regulations begins with enslaved people and indentured servants in the 17th century and comes forward all the way to tech workers in Silicon Valley. The updated edition, published in 2018, includes new reporting on sex workers, immigrants’ rights, disability issues, and the 2016 election and former president Trump’s relationship to unions. 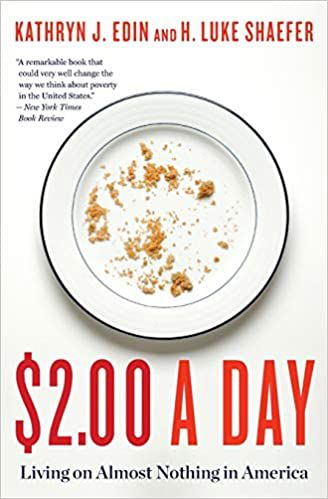 $2.00 a Day: Living on Almost Nothing in America by Kathryn Edin and H. Luke Shaefer

If you’re wondering how it’s possible that one stimulus package could actually make such a big difference, this look at the lives of Americans who survive on little to no cash will bring the concept vividly to life. After decades of research on poverty, sociologist Kathryn Edin noticed a new phenomenon: families with virtually no income at all. She and Luke Shaefer, an expert in social welfare policy and poverty, calculated that many of these households were getting by on just two dollars per person, per day. That’s $60 to meet all of a person’s needs for an entire month; $240 for a family of four. How were they doing it, and where did this kind of poverty come from? Edin and Shaefer’s exploration is grounded in deep research that will make the potential impact of permanent child tax credits and/or universal basic income powerfully clear. 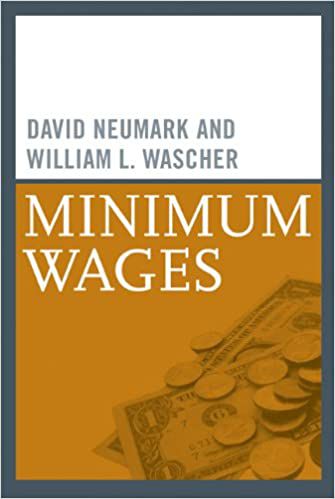 What’s the point of a minimum wage, and does it even work? Allow this thorough — and thoroughly wonky — academic review of the evidence to explain. Pulling from their own research along with studies and statistics from more than one hundred countries in both the industrialized and developing world, economists David Neumark and William L. Wascher present a global perspective on the history and impact of federal minimum wages on employment practices, income distribution, long-term market consequences, and the overall health of economies. 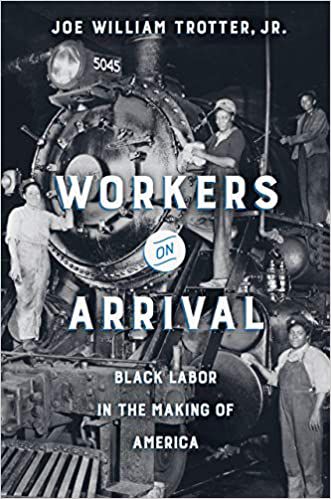 Workers on Arrival (Black Labor in the Making of America) by Joe William Trotter, Jr.

The American economy was literally built on the labor of enslaved people, but that’s not how the story is usually told. Here, Joe William Trotter, Jr., centers the voices and experiences of Black workers in an attempt to correct the historical narrative that has misrepresented and under-represented their contributions to American labor since the first Africans were brought to the U.S. in 1619. It’s a vital addition to the public conversation about labor and the American economy with the potential to change the way we understand the intersections of race, class, and so much more. 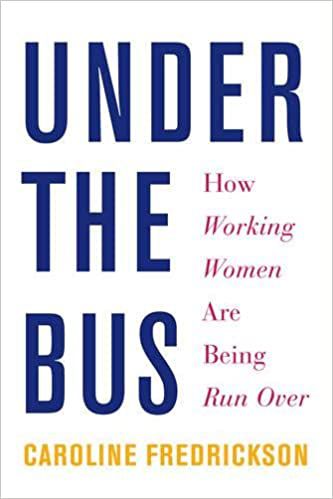 Under the Bus: How Working Women Are Being Run Over by Caroline Fredrickson

Women have put some significant cracks in the glass ceiling — and yes, a woman now occupies the second-highest office in the land — but that doesn’t mean we have solved all the the problems women face in the work force. Using the frame of her personal career journey, Caroline Fredrickson explores the ways that outdated labor laws with roots in misogynistic and racist ideas continue to leave many women vulnerable to abuse and mistreatment and deny them access to the minimum wage, equal pay, and advancement opportunities. 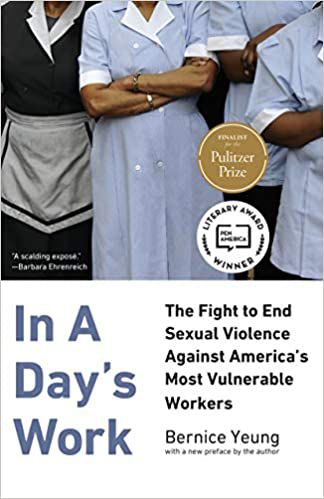 In a Day’s Work: The Fight to End Sexual Violence Against America’s Most Vulnerable Workers by Bernice Yeung

Women and people of color are vulnerable in workplaces all up and down the economic ladder, but which rung they stand on can determine what — if anything — they are able to do in response to workplace abuse or violence. And women, especially women of color, who work in low-wage service positions are especially vulnerable to workplace violence because they are often locked out of social movements like #MeToo and lack the financial resources to bring legal action or walk away from a job. Resolving economic inequality is an essential step in working to end workplace violence (and closing the gender pay gap), and this book will help you connect the dots between policy and the real-life issues it aims to address.

Noticeably missing from this list of books about American labor is a look at the impact and treatment of Latinx workers, who were hit particularly hard by the COVID-19 recession and could benefit a great deal from an increase to the minimum wage.

I’ve also chosen to exclude memoirs about living on the minimum wage from this list of books about American labor, as all the titles my research turned up (including Barbara Ehrenreich’s well-known Nickel & Dimed) were authored by individuals who undertook the experience as a journalistic stunt. While these accounts may be compelling, they are not representative of the communities whose lived experiences are actually shaped by a federal minimum wage that hasn’t been raised in more than a decade.

For a comprehensive, nonpartisan look at the potential impact of a $15 federal minimum wage, see this guide from the Economic Policy Institute.