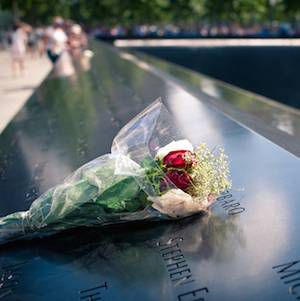 As we remember the devastating events of September 11th, 2001 on the 14th anniversary of the attacks, I, along with fellow Rioter Michelle Anne Schingler, have put together a suggested reading list of a wide variety books that reflect on the tragedy. 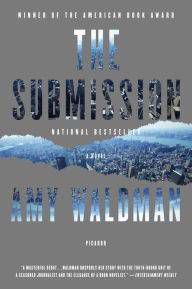 The Submission, Amy Waldman: An alternate history of Twin Tower memorialization, Waldman’s novel dares to ask the question: to whom does 9/11 belong? Claire Burwell, whose husband died in the attacks, certainly claims some ownership. With it, she fights for the memorial that she feels honors her husband and the other victims most: a multimedia garden designed, as it turns out, by an unimposing architect named Mohammad Khan. When Mohammad–Mo, as he prefers–is revealed as its creator, though, America loses its collective mind. This is the “Ground Zero Mosque” controversy taken to the art world, but with maturity and grace, and with incisive results. 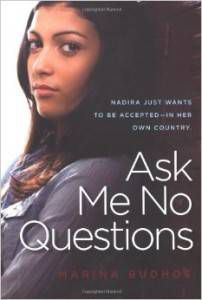 Ask Me No Questions, Marina Budhos: The Hossains are Bangladeshi refugees living in NYC on expired visas. Aisha is an academic all-star who dreams of attending Harvard, and Nadira, her younger sister, is bright and family-oriented, navigating the family’s new American lifestyle in her sister’s wake. The tenuousness of their situation does not really strike them, however, until after 9/11, when the government begins to register and deport the citizens of nations with mostly Muslim citizens. Suddenly, with her parents in INS lock-up and her sister spinning out, Nadira must decide how to reconcile the disparate threads of her world to one another. This is a sensitive and moving work, though–perhaps in YA style–it ultimately winds toward a suspiciously happy conclusion. 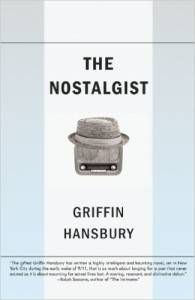 The Nostalgist,Griffin Hansbury: Jonah Soloway is in love with a girl. The reserved copy editor faces challenges, though. That he is in mourning does not help. His mother, though her name appears on no memorials, died on 9/11, a ripple-effect death that changed his family irreparably. And he hasn’t seen Rose’s face anywhere recently, except on a poster searching for the missing among the dead. Desperate for human connection amidst the chaos, he contacts Rose’s mother, and soon finds himself caught up in a tangle of half-truths and dubiously claimed bonds. Hansbury’s novel does dual work, exploring the widespread effects of the attacks on individual lives, and asking questions about the beast that mourning becomes. An affecting, unique, and surprising novel. 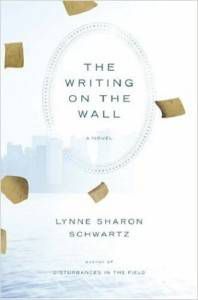 The Writing on the Wall, Lynne Sharon Schwartz: Schwartz’s novel marries NYC insularity to the attacks on the Towers by focusing her novel on Renata, a librarian with a host of strange obsessions for whom weathering tragedy is not new. The Writing on the Wall is interesting for the ways it doesn’t talk about the attacks on New York: Renata witnesses them. She walks home covered in ash. She worries–without need–that her boyfriend was lost in them. She rescues a girl from the wall of the missing. But she’s also already grappling with so many personal wounds that the day itself, though it forces her in new directions, doesn’t become central to her story. This is 9/11 from the perspective of the somewhat detached. A strange, mysterious, and often moving book. 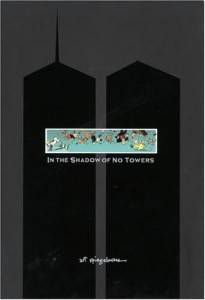 In the Shadow of No Towers, Art Spiegelman: I’ve read my share of 9/11 books. Still, Spiegelman’s collection–10 full-page panels in the book, with supplemental material surrounding them–is reliably the one that leaves me gulp-crying. The rawness of it shocks me every time: his haunting rendition of the bones of the towers before they collapsed. The casual asides he records between teenagers who don’t appreciate that the day was a before-and-after moment. His harsh indictments of those who chose to use the attacks to further political agendas. Spiegelman’s book is a blunt record of America’s various wounds, and easily tops my list of books that you have to read if you’re at all going to comprehend what it meant to live through that day. This is visceral, painful, harsh truth. Just: yes. Read it. And if you see that columnist from UNC who thought it should be avoided, thrust it in his hands, too. 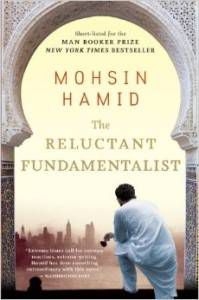 The Reluctant Fundamentalist, Mohsin Hamid: The story of a Pakistani man named Changez who is living the American dream: an elite Ivy-league education, a high-powered job job at a New York City firm, and a budding relationship with a beautiful American woman, Erica. In the wake of the 9/11 attacks, Changez’ perfect American life begins to fall apart. He is suddenly disillusioned with America, disturbed by the way his fellow people are treated after the attacks, and even Erica drifts away, pulled down by memories of a traumatic past. Changez moves back to Pakistan and becomes a professor. As Changez tells the story of his life to a nameless American in a cafe in Pakistan, the reader is drawn in and forced to think about the term “fundamentalist” in a new way. 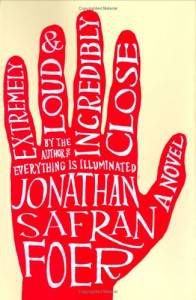 Extremely Loud and Incredibly Close, Jonathan Safran Foer: One of the best known novels addressing the events of 9/11, Foer tells the story of Oskar Schell, a precocious nine-year-old boy whose father was killed in the World Trade Center. Schell embarks on a journey through New York City, searching for the lock that matches a key left behind by his father. It is a scavenger hunt and a search to connect with the father he has lost. Schell is a character that is easy to fall in love with, he is quirky and ambitious, full of ideas and interests. Foer also weaves in stories of Schell’s grandfather, a survivor of the bombings of Dresden. This is an extremely touching read, alternately hopeful and heartbreaking. 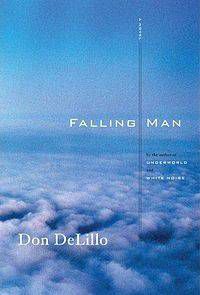 Falling Man, Don DeLillo: This is a novel about the long-lasting effects of 9/11 on the American conscious. It opens the day of the attacks as Keith, who has narrowly escaped dying in the North Tower, makes his way through the chaos and terror to the home of Lianne, his estranged wife. DeLillo’s prose is sparse and muted, a reflection of the shell-shocked response to 9/11. This novel is not sentimental or inspirational, it is about living in the aftermath of a tragedy and the way that 9/11 wrapped itself around the minds and lives of Americans for years to come. DeLillo’s characters drift and struggle to regroup after the attacks, they try to move on but are stuck in a post-traumatic malaise. 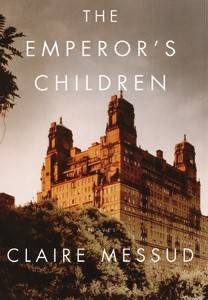 The Emperor’s Children, Claire Messud: This book is, on the surface, a story of three Ivy-educated friends who, at the age of 30 in the year 2001, are struggling to reconcile their lives with what they believe they deserve. The reader knows that the 9/11 attacks are forthcoming, a shadow looming over the oblivious trio of friends. This book differs from many of the other works of fiction listed here because it does not begin with the 9/11 attacks, it ends with them. It is also interesting to note that Messud began writing the book before the events of 9/11, put it aside after the birth of a child, and then began working on it again in 2003. It is fascinating to see how the events of 9/11 hang over the work even before the attacks have taken place. 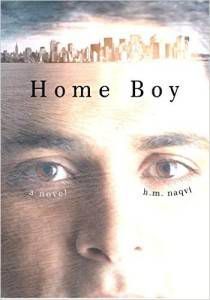 Home Boy, H.M. Naqvi: In this story, three young Pakistani friends living in New York City find their lives and their city changed and hostile after 9/11. The three young men consider themselves “New Yorkers” and yet find themselves under suspicion after the attacks, even winding up at one point in FDI custody after a night out gone wrong. This book poignantly captures the jarring experience of these young men being rejected by a city that once embraced them. This is a smart book that is full of energy, it manages to be extremely funny, witty, and sensitive all at once.