It’s Election Day in the United States, and although it’s an “off-year” election for many, there are still important races to pay attention to and vote in. (I live in Virginia, and our governor’s race has made national news, and there are more contested races for our House of Delegates than there have been in a long time.)

As we all go to the polls today and follow the returns tonight, it’s also a good day to revisit the last year’s election and all the chaos leading up to it—as well as the shock that followed and that we’re still coping with every day. So I’ve put together a list of books that explore different aspects of that election and its historical context. I don’t necessarily endorse all the ideas in these books, but I’ve tried to provide enough information about each one to help you decide which ones you might check out if you want to look back and learn. 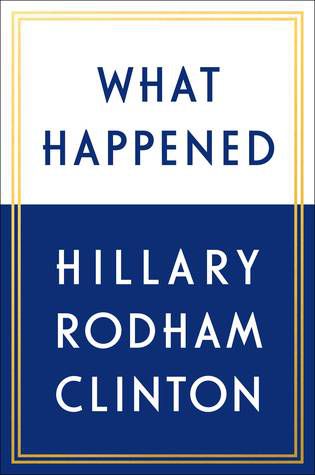 Clinton’s frank look back at her stunning loss has gotten loads of attention across the media, including here at Book Riot. In the book, she explore her own shortcomings as a campaigner as well as the many outside factors that led to her loss of the electoral college vote, despite the popular vote win.

Our Revolution: A Future to Believe In by Bernie Sanders

Published shortly after the election, this book is Sanders’s account of his surprise success in the Democratic primary and the grassroots movement that supported him. Sanders reflects on his life and career and discusses the issues that he supported during the campaign.

During the Republican primaries, Ohio governor John Kasich emerged as a voice of reason on his side of the aisle and was the only Republican candidate not to give support to Trump. In this book, he looks back on the campaign and shares his hopes and concerns for the country. 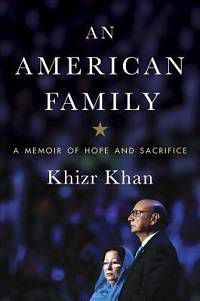 An American Family: A Memoir of Hope and Sacrifice by Khizr Khan

One of the most memorable moments of the Democratic National Convention was Khizr Khan’s speech in which he offered to lend Donald Trump his copy of the U.S. Constitution. This memoir is Khan’s account of his life and the events that led up to that historic moment. Although the book is not focused on the campaign and actually ends with the moment the Khans walk onto that stage, readers who remember that moment might be interested in learning more about the man behind the speech.

Hacks: The Inside Story of the Break-ins and Breakdowns That Put Donald Trump in the White House by Donna Brazile

Donna Brazile took over as chair of the Democratic National Committee after Debbie Wasserman Schultz resigned. She was also caught up in the Wikileaks e-mail dump, which revealed communications between her and Clinton’s campaign staff. In this book, publishing today, she tells her story of the controversy.

On the Trump Campaign 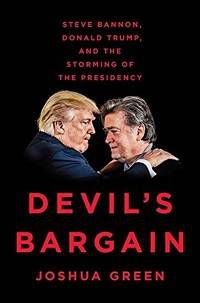 Devil’s Bargain: Steve Bannon, Donald Trump, and the Storming of the Presidency by Joshua Green

Steve Bannon has gotten a lot of credit for stirring up the nationalist sentiments that Donald Trump rode to the presidency. In this book, Joshua Green of Bloomberg Businessweek examines Bannon’s ideology, the circles around him that promulgated those views, and how he and Trump formed their partnership.

Unbelievable: My Front-Row Seat to the Craziest Campaign in American History by Katy Tur

When Katy Tur became NBC’s Trump campaign correspondent, she expected it to be a short assignment, and she certainly didn’t expect to be targeted by the candidate himself. In her memoir, she describes what it was like to be so close to the center of the storm, both during the campaign and on that tumultuous election night.

On the Clinton Campaign 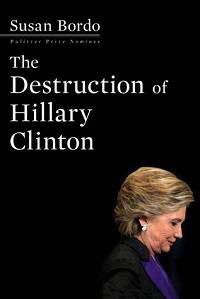 The Destruction of Hillary Clinton by Susan Bordo

Susan Bordo takes a sympathetic look at Clinton’s loss, exploring the years of attacks on her and the proliferation of false narratives both before, during, and after the campaign. She pulls apart the arguments blaming Hillary for her loss, noting that “like a reality show housewife, she was edited into a cartoon—with potent archetypal resonance.”

Jonathan Allen and Amie Parnes focus on what went wrong inside Clinton’s campaign. They interviewed campaign staff to get at the reasons behind their decisions, the mistakes they made, and their reactions to outside threats. 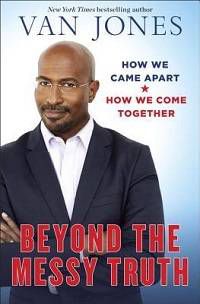 Beyond the Messy Truth: How We Came Apart, How We Come Together by Van Jones

CNN commentator Van Jones looks at the divisiveness and anger that led to the rise of Donald Trump and considers how Americans on all sides can come together to the benefit of the whole country. As a political progressive, he believes in the ideals of the Democratic party while also acknowledging its flaws and recognizing some positive aspects of conservatism.

How the Hell Did This Happen? The Election of 2016 by P.J. O’Rourke

Conservative satirist (and frequent Wait Wait Don’t Tell Me panelist) P.J. O’Rourke was as bewildered as anyone by 2016, and this book is his play by play, written during the campaign. He makes fun of just about everyone attached to the campaign and the American process of choosing a president itself.

The People Are Going to Rise Like the Waters Upon Your Shore: A Story of American Rage by Jared Yates Sexton

The story of 2016 is, in part, a story of populism, and that’s the angle Jared Yates Sexton takes as he attends rallies and sees people from across the political spectrum expressing anger at the establishment. He describes what he saw on the ground and reflects on what it all means for the country.