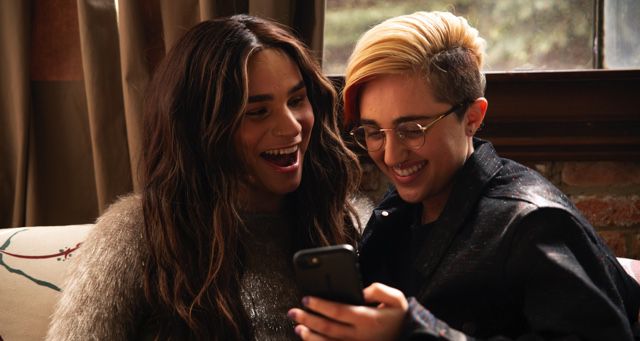 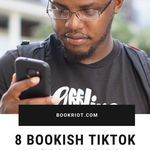 TikTok. And I’m not talking about the Kesha song. The relatively new social platform resulted from a merge of a ByteDance app (Douyin) and Musical.ly and has been going strong for the last few years. While most of the app’s content focuses on short skits (much like what appeared on the now-dead Vine app) and choreographed dances to clips of songs. Dominated by teen users, the app primarily features content relevant to the lives of teens—jokes about relationships, chores, and school are abundant. On occasion, scrolling through the endless feed of videos on what’s called the For You page (often-popular videos that appear to be selected via algorithm based on the user’s past interactions with the app), users might come across rare and revered (well, by us) bookish TikTok accounts.

After hunting through the app’s hashtag for bookish content, I’ve determined there aren’t a lot out there. Or, if there are, the search and algorithm hides them fairly well. After inserting a search term, the user can identify what kind of content they wish to search: top, users, videos, sounds, or hashtags. There were plenty of TikTok videos that were one-offs: users posted once about books, probably in the context of school, but didn’t appear to again. I ruled those out for the purposes of this article, but know if you decide to start down the TikTok rabbithole (goodbye, hours of sleep), there are bookish TikTok videos out there beyond the accounts below.

And who knows what the future will bring. Did any of us predict the rise of BookTube or Bookstagram? Or Booklr, for that matter? I certainly didn’t, though many of us, in moments of loneliness amidst our books, reached out to these online communities, just waiting for us in the ether that is the Internet. I, for one, welcome our BookTok (TikBook?) overlords.

Meanwhile, let’s celebrate the ones we do have. And if you feel so inclined to join them, well, the more, the merrier! 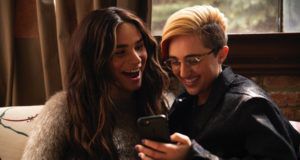 With three Ms in her username, this user’s simple bio reads, “i make better bookish content on youtube.” Maybe so, but her bookish TikTok is pretty good, too! The gist of this account is “TikTok memes, but make it books.” And it rules.

Primarily a cosplay account, @claw_of_the_raven poses as an original character in the Harry Potter universe, Professor Dustwood, who is basically what you’d expect if someone dropped an American West cowboy in magical United Kingdom. This account both does solo work and duets (when a user captures an existing video and, using the same sound, plays off the existing video in their own video, both of which are then shared as a whole, side by side).

Memes meet bookish fandoms in this bookish TikTok account. Here, you’ll find Percy Jackson, Harry Potter, Twilight, and more. @fandoms.librarian is a big fan of the duet, but you’ll find solo videos as well and plenty of bookish content to devour in every direction.

This user has a solid sense of humor, which plays out in the Rainbow Fairy series TikTok below. There’s lots of Harry Potter, too, with occasional breaks for other content. @jon55_ already has a small catalog of videos, and there are surely more to come—so give this bookish TikTok account a follow.

This user has a lot of content beyond books, but he’s got a lot of strong, bookish content and over 100 thousand followers. He seems to be working toward making TikTok a more bookish place, and savvily nudged Penguin Random House to make a deal. @maxklymenko also does book hauls and recommendations.

This Harry Potter cosplayer really goes for it with in-costume, but @tinywebs also makes more casual, joke videos around the series. As she pokes fun at our beloved characters, she also knows her own love of Harry Potter is a bit much. As her bio reads, “is your harry potter obsession as riddikulus as mine?” @tinywebs also goes live—so give her a follow and join her live.

So, here’s to many more bookish TikTok accounts in the near future! In the meantime, start with these nine and consider creating one yourself.