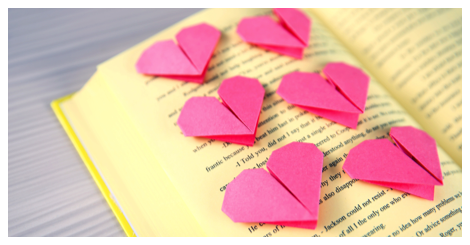 When I was twenty-one, I graduated from college, got my first full-time job, moved into my first apartment, and broke off an engagement with my college boyfriend.

“You need to date again,” my friend (who was getting married that summer) told me.

“I need to find myself,” I had replied. It was something my twenty-one-year-old self would have said. Also, I was not in the dating mood.

Two years went by, during which time I received another proposal from a complete stranger as I walked to work. I also fended off a request from a computer contractor at my job who asked me to “meet him at the park at 5:30am so we can watch the spring solstice together.” If you’re hoping for a story about me finding my great love at a deserted New York City park at 5:30 in the morning, this is not that story.

Next was a request for a date from a friend of my neighbor who had just gotten into a motorcycle accident. Later, a guy I met at a swing dancing event, who weeks later presented me with a five-page essay on his past, which included a recap of when he lived in (the shady part of) Las Vegas. This was followed by an insulting proposition from my college friend who said that if neither one of us were married by age thirty then we should just give up on love and marry each other.

Six years before the clock ran out on turning thirty, I met Dan. He had a big smile and an ever bigger laugh. I liked him, agreed to go on a date with him, then immediately got cold feet. Why did I agree to go out with this guy? He might be one of those people who mansplains politics! Or has questionable grooming habits! And – the most egregious defect of all – what if he doesn’t read?

Never fear, I told my heart. I know the perfect way to sabotage this relationship.

At our first “get together” (I refused to label it a date), I asked him if he wanted to read a book together.

“Sure,” he replied, with not one bit of sarcasm.

The next day I gave him a 1,344 page copy of The Power Broker, a biography of Robert Moses by Robert Caro. I had carefully attacked the book with an X-acto knife the previous evening, slicing it into five sections to make it easier to share and carry along on subway commutes.

“I already read the first section,” I informed him. “Now it’s your turn.”

Dan blinked, then slid the massacred book into his bag. “Great!” he had said.

The next week, Dan and I met up for dinner after work. Another “get together;” not a date!

“Ready to talk about the first section?” Dan had asked.

I sipped my water. “What first section?” I replied.

“The Power Broker. Have you finished the second section yet? I need to know what he did to Jones Beach.”

Huh. He did read it. And he wanted to read more. So I gave him the second section as I went on to the third section, and I started making notes in the margins for him. It wasn’t particularly life changing commentary, but it invited connection and relationship, something I had avoided for the previous four years.

We got through the whole book in a month. Nearly a year later, we went to Jones Beach to see Robert Moses’ handiwork in action. On the night before our trip, Dan proposed.

Eleven years later, we still read books together. We made it through the first four Lyndon Johnson biographies by our trusty matchmaker Robert Caro. We fought over who got to read the Harry Potter books first when they came out (I won). We’ve reread The Lord of the Rings and mocked the movies. We haven’t cut up another book – that lost its magic after The Power Broker – but we still read in bed together almost every night before going to sleep.

We celebrated another anniversary this month, on a blisteringly hot day in New York City. Much has happened in our eleven years of marriage. Heartbreak and joy, mundane moments and memorable ones. And through it all – books.

And in this new year of marriage, we continue this love story, one book at a time.