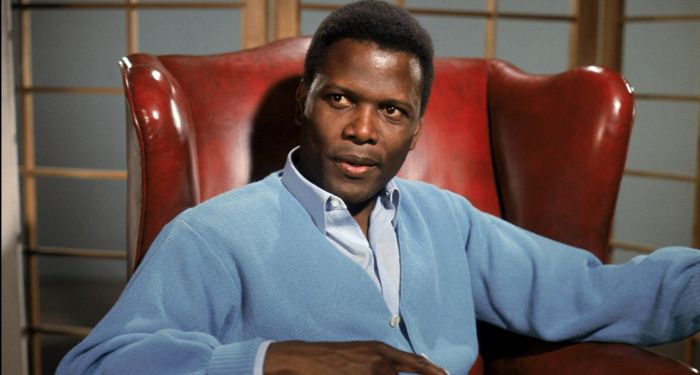 Legendary actor and director Sidney Poitier, who died earlier this year, was born on February 20, 1927, two months early, while his Bahamian parents were vacationing in Miami, Florida. He was raised on their farm on Cat Island, Bahamas, and later in Nassau, Bahamas, and sent to live in Florida at age 15. Finding it difficult to cope with the racism of the Jim Crowe south, and wishing to pursue an acting career, he moved north to New York City at age 16. There he auditioned for the American Negro Theater, but was turned down because he was a weak reader. According to the 2004 biography Sidney Poitier: Man, Actor, Icon by Aram Goudsouzian, an elderly Jewish neighbor taught him to read using the newspaper.

After a year in the Army — he lied about his age to get in and faked a psychological illness to get out — he once again auditioned for the American Negro Theater, this time getting in. However, audiences struggled with his Bahamian accent and were displeased that he couldn’t sing, so he spent several months training his voice. He was given the leading role in a Broadway production of Lysistrata, which ran for four days, and then became an understudy for Anna Lucasta, a play by Philip Yordan that reimagined Eugene O’Neill’s Anna Christie.

He was a founding member of the Committee for the Negro in the Arts, a leftist group focused on analyzing portrayals of race in the arts, which led to his being blacklisted in Hollywood, though that didn’t last. One of his earliest roles was the secondary lead in Cry, the Beloved Country, based on the novel Cry, the Beloved Country by Alan Paton. He also appeared in Go Man Go, a movie about the creation of the Harlem Globetrotters directed by famed cinematographer James Wong Howe, one of the earliest successful Chinese Americans in Hollywood. While that film was from an original script, his very next role was in The Blackboard Jungle, based on the novel The Blackboard Jungle by Evan Hunter. He was asked to sign a loyalty pledge before appearing in The Blackboard Jungle, but did not.

By the late 1950s Poitier was juggling offers for the stage and motion pictures, and in one such decision he ended up starring in The Defiant Ones opposite Tony Curtis, as men on a chain gang. Another original screenplay, that performance earned him a nomination for an Academy Award for Best Actor, the first ever for a Black actor. He then returned to the stage in the first Broadway production of A Raisin in the Sun by Lorraine Hansberry, winning a Tony Award. He then starred in the film adaptation of Porgy and Bess as well as the film adaptation of A Raisin in the Sun, earning Golden Globe Awards for both. Then, in 1963, he starred in Lilies of the Field, based on the book Lilies of the Field by William Edmund Barrett, and that performance won the Academy Award, the first time it was awarded to a Black actor.

Hoping to use his Oscar clout to demand roles of less appeasing, passive men, he recorded an album of Plato readings before starring in three of his most famous roles, all in 1967. To Sir, with Love was based on the novel To Sir, With Love by E.R. Braithwaite; Guess Who’s Coming to Dinner was an original screenplay; and In The Heat of the Night was based on the novel In the Heat of the Night by John Ball and introduced audiences to the character Virgil Tibbs, who Poitier would portray twice more in They Call Me Mister Tibbs! and The Organization. The film famously features a scene in which a racist white man slaps Mr. Tibbs, who promptly slaps him back. The movie was very well received critically, and was even one of Akira Kurosawa’s favorite films, according to Far Out.

In the 1970s, Poitier expanded his talents to directing, beginning with Buck and the Preacher, starring himself as Buck and Harry Belafonte as the Preacher. The two were lifelong friends who met in the American Negro Theater and were active in the Civil Rights Movement. The film also reunited him with his Broadway costar Ruby Dee. He produced the movie with Belafonte, and they originally hired white director Joseph Sargent, but fired him a few days into filming due to his lack of understanding of the film’s racial themes.

Poitier continued to act and direct, and he wrote three autobiographies: This Life in 1980, The Measure of a Man in 2000, and Life Beyond Measure in 2008. He was also the subject of two biographies: 2004’s Sidney Poitier: Man, Actor, Icon by Aram Goudsouzian and the 2020 book Sidney Poitier Black and White by Philip Powers. Poitier also wrote one novel, 2013’s Montaro Caine.

Poitier has received many awards and acknowledgements for his accomplishments, including the Oscar, Tony, Golden Globe, and BFA. He was given Kennedy Center Honors in 1995, received the Medal of Freedom from President Barack Obama, won an AFI Lifetime Achievement Award, and was made an honorary Knight Commander in the OBE by Queen Elizabeth. The lobby of the Academy Museum in Los Angeles is named for him, and a he has a star on the Hollywood Walk of Fame as well as an honorary Doctorate of Fine Arts from the University of Miami.

In 2002, Poitier received an Honorary Oscar for his contributions to motion pictures; the same night, the award for Best Actor was given to a Black man for the second time: Denzel Washington, who thanked Poitier in his acceptance speech.

A documentary chronicling Sidney Poitier’s vast contributions to the world of cinema and civil rights called Sidney will be on Apple TV+ on September 22, 2022.