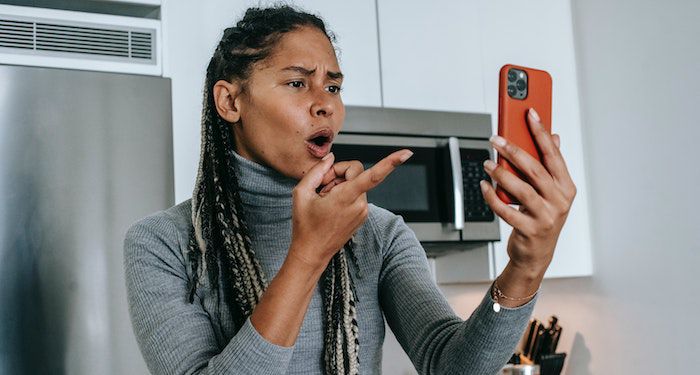 I love writing these kinds of posts. I come from a family of shit-starters and pot-stirrers, and we love nothing more than to get in dramatic arguments about opinions that cannot be changed. My brothers and I can howl at each other for hours about the relative qualities of raisins in cookies (gross) or whether naming one’s female characters Arwen and Éowyn is stupid and confusing (yes).

Sharpen your pitchforks and light those torches, friends, because we’re about to have some good-natured arguments in the proverbial comments section (never read the comments).

Pemberley is an impressive pile of bricks, and while I commend Lizzie for her self-assurance and commitment to not falling for Darcy’s first terrible “proposal,” I also do not think a young woman with four sisters and only 1,000 pounds per annum is immune to a 1000% bump in finances and status. Once Darcy started behaving like a human and not a dickhead, she was ultimately swayed by the combination of Grand Gesture and Giant Bank Account. And I don’t blame her one bit; if Mrs. Bennet were MY mother, I’d probably have done the same.

STORIES are precious. Books, made of ink and paper and glue, are not. People who burn books are burning SYMBOLS, much like burning a flag. The books themselves are not the problem; it’s what is inside the book that the burners have a problem with. The beautiful thing about that is, the story itself cannot be burned.

Do you want to carve a hole in a book you own to make a book vault? Have at it! Write all over your own copy of Bukowski about how much he needs therapy? There’s a blue glitter pen for that. Dog ear your pages if you want! Personally I use bookmarks, but that’s because I apparently enjoy the game of “where was I” when my cat knocks everything off my nightstand.

Hill #3: There is no such thing as “trashy books” or a “guilty pleasure.”

This one is a little more serious so I’m couching it between two silly ones. First, own your preferences and choices, readers! If you like books with dragons on the covers, go forth with fire. If you love romance, this goes doubly for you, because it’s generally considered a women’s genre and is therefore looked down upon (UGH that’s a STUPID opinion). Romance is deeply feminist, rooted in escapism from a capitalistic, patriarchal system that does not respect us or our bodies as anything more than a receptacle for sperm and a growing medium for babies. Boo to that.

One of the ways we can reclaim our leisure time activities from the literal grinding weight of living in a society that doesn’t pay 99% of people a decent wage or give them appropriate amounts of time off is to categorically refuse to feel guilty for doing what we wanna do during said leisure time.

I’m very happy that a multi-racial group of male-presenting humanoids was able to walk across an ENTIRE continent TWICE talking about MAN THINGS the whole way (I’m really not, I don’t care), but did I need to read all those songs and keep all those similar names straight and hear about every leaf and creature encountered on the way? No. NO I DID NOT. Literally the only parts of those books I enjoyed were the descriptions of food and shipping Frodo and Samwise. Smaug should have roasted everyone from the jump back in The Hobbit and saved us all the trouble.

Hill #5: Edward Rochester did not deserve Jane Eyre, and most romantic heroes don’t deserve the women they conned into marrying them, either.

I said what I said. Jane Eyre deserved better than Rochester; even Jean Rhys thought so, and she wrote a whole damn book about how Bertha Mason nee Antoinette Cosway was wronged. MOST women in literature — and in life — deserve better than the “romantic” heroes who lie, cheat, and otherwise dissemble or worse in order to convince a lady to marry him. I recognize that mending this would make many books a whole lot shorter. I also recognize that the underlying point is generally not that the hero lied, but that he acknowledges and grows from his mistakes — something humans of any gender are generally somewhat reluctant to do. The fantasy fulfilled is growth, not marriage or sex.

And yet. We deserve better.

This is only a tangentially bookish hill, but I’m putting it in anyway, because if I’m being honest, this post took a more serious turn than I expected. There is a screenplay of both so it vaguely counts. But seriously, Grease 2, y’all. It’s about a guy realizing a woman is WAY out of his league and working to find extra depths of character in order to know her better. Also, all the songs are original. Every single extra in that movie is acting their little 1982 hearts out, Adrian Zmed’s arms deserve an Oscar, Lorna Loft is a feminist goddess in gold lamé pants, and Michelle Pfeiffer.

I rest my case.