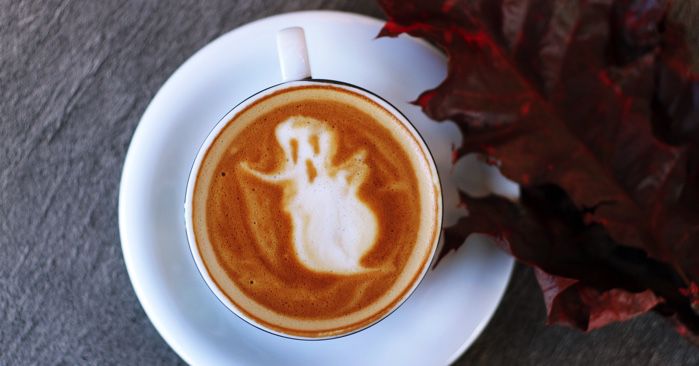 I’m not a grinch, but nor am I someone who changes her Twitter name to some kind of Halloween pun. I don’t begrudge anyone their fun, but I never seem to be able to get too amped up for Halloween myself. Horror movies are fun all year long anyway; I’m not gifted or patient enough to do myself up in awesome zombie makeup; and large parties are incompatible with my introversion. Also, freshman year of college I walked home from a party unaware that my skirt had ripped all the way up to the waistband in back and I was flashing everybody. That kind of soured the holiday for me.

I also have nieces and nephews who trick-or-treat, and I am one of those people who does like candy corn. If you find that you are one of those in-betweenies who wants to participate in holiday fun without losing your cred as an iconoclast, here are some ironic, trope-destroying, or meta selections that might allow you to find common ground with your Halloween enthusiast friends. 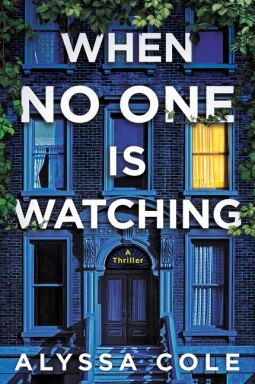 Cole’s first non-romance novel is a great pick if you didn’t just love but actually got Jordan Peele’s Get Out. It’s a thriller that deals with gentrification and long-time neighbors who keep going missing…but perhaps not to the suburbs. Fellow Rioter Carole V. Bell called this book “A Thriller Grows in Brooklyn” and if that’s not enough to make you want to pick it up, I don’t know how to help you.

Maybe you actually want a break from the horror movies you watch all year long? Happy Death Day and Happy Death Day 2U are a comedic play on the slasher genre. I suggest watching them both in one session so you can fully revel in all the time travel paradoxes and character development. Think gore lite, tropes a-plenty, and Groundhog Day. Tree Gelbman is a self-centered sorority girl whose walk to her birthday party is cut short by a masked killer. Then she wakes up on her birthday again. And is killed again. And wakes up on her birthday again. Her attempts to evade death get sillier each time. 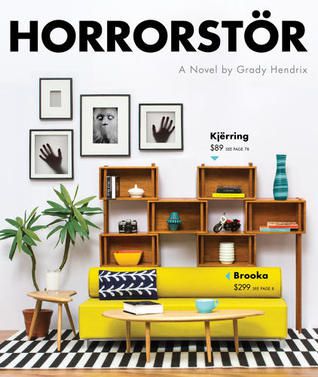 Remember when you were a kid and you wished you could be locked inside FAO Schwartz overnight? Remember when you were an adult and trips to IKEA became either the best or worst thing in your life? (You either love or despise going to IKEA. There is no in between. Sorry, I don’t make the rules.) Now combine the two, add some scaries, and you get this novel about weird goings-on at a Scandinavian-inspired housewares store.

A few years ago I bought a shirt with mouse ears and this classic quote from Mean Girls on it. I wore it until it got so threadbare that, I kid you not, it ripped two holes right in the boobs, just where Regina George’s shirt gets vandalized. If you wear a shirt like this to the Halloween party you’re invited to, you’ll get to gush with someone about your other favorite quotes from the movie or (sigh) explain the joke. Either way, it’s a conversation starter. And if Halloween parties go Zoom this year, you’re at an advantage: your entire costume is just a shirt, and it will be fully visible the whole time. 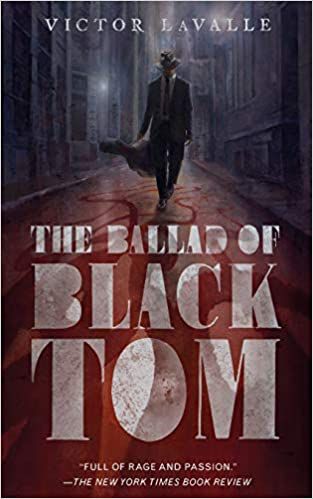 Whether you’ve read any of H.P. Lovecraft’s stories—specifically “The Horror at Red Hook”—or you’ve just just been watching HBO’s Lovecraft Country, Victor LaValle’s novella may be the next one for you. It recasts the protagonist as a black man, gives us a co-protagonist in the form of a police officer, and you still get an appearance from Cthulhu. Lovecraft was notoriously racist and inspires a lot of “Can we separate the artist from the art?” conversations, but if you can’t stomach those discussions, you can skip the OG and go straight to this book. I did, and I do not feel bereft for want of Lovecraft in my life.

Wait—you’re allowed to make a horror movie where the Black people don’t die first? Where there is more than one person of color in the main cast? I’m pretty sure this is not allowed, so you should probably watch this movie, a Cabin in the Woods meets Saw V sci-fi flick, before Hollywood realizes they broke the rules. It further bucks the usual horror trope of characters who are thickheaded and do the most ill-advised things, like run towards the scary cabin instead of back towards civilization, in favor of actual, normal people with intelligence.

The Only Good Indians, by Stephen Graham Jones

Another option for those who prefer their horror with a social consciousness and cast of diverse characters, Jones’s own voices thriller is about a group of friends, all of the Blackfeet Nation, who are being haunted—and hunted—by something from their past. Anybody can be a little terrified of their past coming up behind them, but settler colonialism is the real horror here.

Remember that time a teen mother whose husband regularly had extramarital affairs invented science fiction as we know it…on a dare? Y’all, someone came up with the genius idea to make it a GAME…you know, for when we come out of quarantine and have Game Night again. I am kickstarting the heck out of this thing, and while we wait, I recommend picking up Lita Judge’s illustrated novel in verse about Mary Shelley herself.

So…you ready to get meh this Halloween with me?