On any given day, I’m more likely to be glued to my phone than flipping through a book. But before anyone starts bemoaning the declining literacy rate among millenials, I have to say — reading still gets done. There’s the bite-size tweets, rambling tumblr text posts, endless thinkpieces, and quite a few games to play.

And yes, there are in fact mobile games out there that aren’t about utilizing irate birds as ammo. Personally, I’m terrible at games that require, like, even a drop of skill, so most logic, puzzle, reflex type games are out for me. Fortunately, story-centric games exist!

I’ve been compiling a mental list of them, which I’m finally putting to digital paper. And full disclosure: I work for one such mobile game studio, Pixelberry, which is how I got into these games in the first place.

Here’s a rough overview of what’s out there: 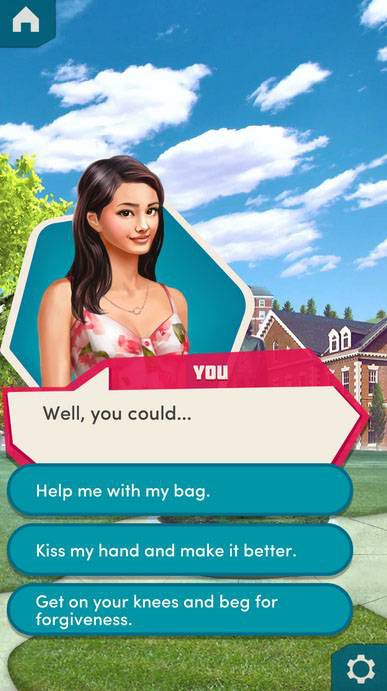 The first kind that comes to mind are visual novel style games. Japanese versions are a pretty big deal and range from vampire love to wooing a pigeon. But, choice-driven, visual novel games aren’t as dominant in the English speaking market. Games such as Surviving High School and Cause of Death were pioneers of their kind back in the early 2000s — but don’t go looking for those two, since they’re now extinct.

Nowadays, Episode by Pocket Gems is crushing it with a wide variety of animated storylines. They’ve got regular romance stories and ones linked to brands and celebrities, like Mean Girls and Demi Lovato. What makes them stand out is their player-contributed stories.

Choices by Pixelberry Studios is another option for choice-driven story games. There’s several genres going — fantasy, mystery, and romance — and you can take your pick. This is one of my favorites for obvious reasons (I work for Pixelberry) and less obvious reasons (a diverse cast, canon gay characters, and gorgeous art). 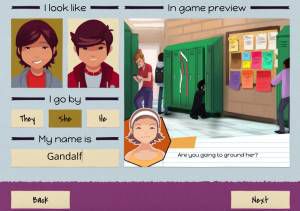 For more interactivity, there are story-driven sim games, such as High School Story and Hollywood U. If you want something that’s in between the two tiers of visual novel and sim, definitely try out LongStory by Bloom Digital. It’s a super cute story set in a typical high school, with some mystery elements. The writing and cast of characters is quirky and fun. Plus, you get the option to choose he/she/they pronouns, which is just awesome. 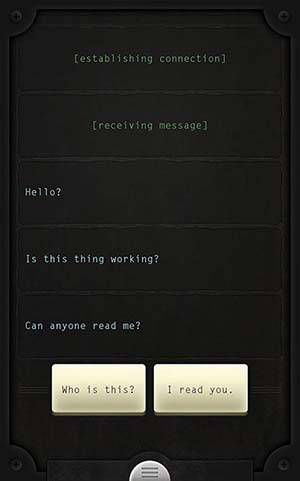 On the other end of the spectrum are games that are less about the shiny art and customizable characters, and more about the text. Lifeline is one of those games. It’s a branching sci-fi story about survival with a minimalist look. One of the writers is Dave Justus of The Wolf Among Us comic fame. Unlike the above games, Lifeline isn’t free to play, but it costs less than a boba milk tea, so there’s that.

If you want medieval fantasy, that’s covered, too. Sorcery! is a heavily story focused game with some choices and really amazing art illustrating an epic fantasy adventure. There’s also Reigns, which is an interesting mix of strategy and a thread of story. You swipe left and right to rule your kingdom – so like Tinder, but less love and more peasant uprisings. 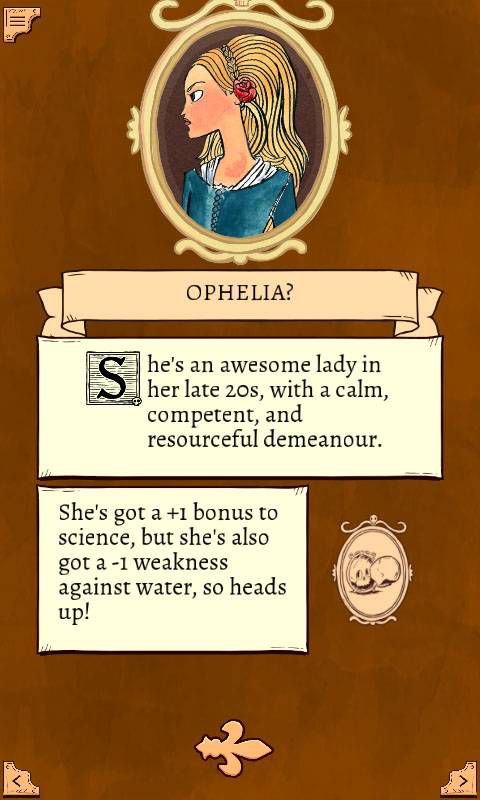 To Be or Not To Be by Tin Man Games

Finally, there’s To Be or Not To Be, which started out as a choose-your-own-adventure retelling of Hamlet. Now it’s a phone game, which is totally fitting. If you’re a Shakespeare nerd, you’ll want to play this or just get the book version of To Be or Not To Be. There’s art by Matthew Inman and Kate Beaton (!!) so you win either way. Again, the above three games aren’t free to play. Look at your milk tea and think carefully, I guess.

Basically, if you want to hit your daily reading quotient or do something different and fun, there’s plenty of games out there. And I’m always looking for more to try out. Got any recs for me?