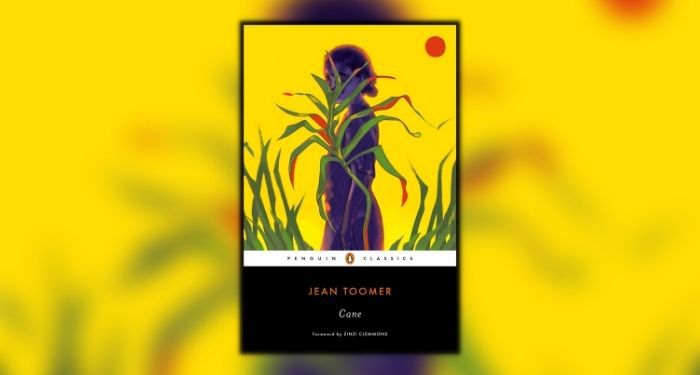 This post on the book that inspired the Harlem Renaissance was first published in In Reading Color, our weekly newsletter focusing on literature by and about people of color.  Sign up for it here!

I moved around quite a bit during my time as an undergrad student in NYC. It was part of school policy that we changed dorm rooms every year, which was irritating but let me experience different neighborhoods in Manhattan. My favorite neighborhood I lived in, though, was actually the one I moved to after I had stopped living in the dorms, in my last year at school. I lived in the 140s in Harlem, just a few blocks away from a small bridge that connected to the South Bronx.

What surprised me about living in Harlem was how similar to the South it was. Physically, it was very different of course, but interacting with the people carried a pleasant familiarity with it, one that I hadn’t realized I’d been missing living in other neighborhoods in lower Manhattan. This makes sense as much of Harlem was populated by the Great Migration, when millions of Black Americans journeyed from the South in search of jobs and opportunity.

This migration was largely responsible for what would become known as the Harlem Renaissance. The Harlem Renaissance was a period of time between the mid 1910s to the 1930s, by some accounts, that saw a great explosion of Black culture centered in Harlem.

I love the Harlem Renaissance. For all the obvious things it did for Black culture, like giving it its own stage, but also for how it contained The Black Experience. Black literature, art, music, and philosophy were explored and in conversation with each other. Differing viewpoints on ideologies were expressed and there was a thriving queer scene that had what we now know as drag balls— Langston Hughes called them “Spectacles in Color” and described them as a “ball where men dress as women and women dress as men,” where, awards were given to the most lavishly dressed.

In addition to Langston Hughes, many other authors of classic Black literature were active during this time, like W.E.B. DuBois, Zora Neale Hurston, Nella Larsen, Claude McKay, and Marcus Garvey. But there was one author in particular who many credit as having written the book that ushered in the Harlem Renaissance, especially as it related to literature, and that was Jean Toomer.

Toomer’s Cane was written in 1923 to some critical acclaim, but wasn’t widely read. This might have been because it didn’t quite have the stereotypical portrayal of Black people that many white audiences wanted to see, nor did it drown itself in the respectability that many Black audiences wanted. Instead, it showed southern Black people as full people. Nuanced and complex. The experimental structure of Cane lent itself to this feeling of complexity, with its mixture of prose in the form of vignettes and poetry.

The triptych starts in the rural Black South, where it explores the vulnerability of Black women and men, with an emphasis on sexuality and self-actualization, or a lack thereof. The destructive nature of racial hatred is shown, as is self-destruction. Men fill emotional voids with sex, alcohol, and a desire for material goods, and women are “ripened too soon.”

The second part of the novel sees the move from the warm-blooded, sensual South to the North. With the move, what Black people gain in opportunity they lose in spirituality and connection to their past. The conformity deemed necessary for city living further robs them of confidence. The final section of the book is about a Black schoolteacher in the South, who recounts his previous life in New York as a distant memory. The structure is similar to a play’s, with its titular character Kabnis struggling with his racial identity.

I think of Toomer himself when I think of this character. Toomer was born into a multi-generationally mixed family of light-skinned people in D.C. and could move in and out of Black and white circles, sometimes identifying as white and other times as Black. And then there were times when he identified as neither, and said he was part of a new, truly American race. Once his work Cane came to be identified as a Negro masterpiece, he retreated somewhat from writing, resenting the label. He didn’t want his work, and by extension himself, to be seen as inherently Black.

Normally, I bristle at the practice of some lighter-skinned and mixed people donning their Black hats when it suits them, only to distance themselves at other times from Blackness. But reading a little more about Toomer’s thoughts on race has made me a bit more sympathetic. I can start to see how he felt that racial labels were way too restrictive and harmful for the individual. Having preconceived narratives projected onto people by society and themselves makes people into these simple, monolithic concepts, which takes away the complexity that being human brings with it. Among other things, this stifles creativity, the last thing a writer wants.

Still, I can’t help but wonder if Toomer hadn’t reacted so strongly to being labeled “Negro” and his subsequent withdrawal from writing if he wouldn’t have produced more works as influential as Cane. Alice Walker said of the book, “It has been reverberating in me to an astonishing degree. I love it passionately, could not possibly exist without it.” Its impact is undeniable.