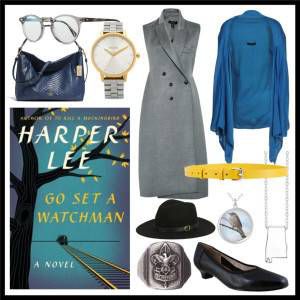 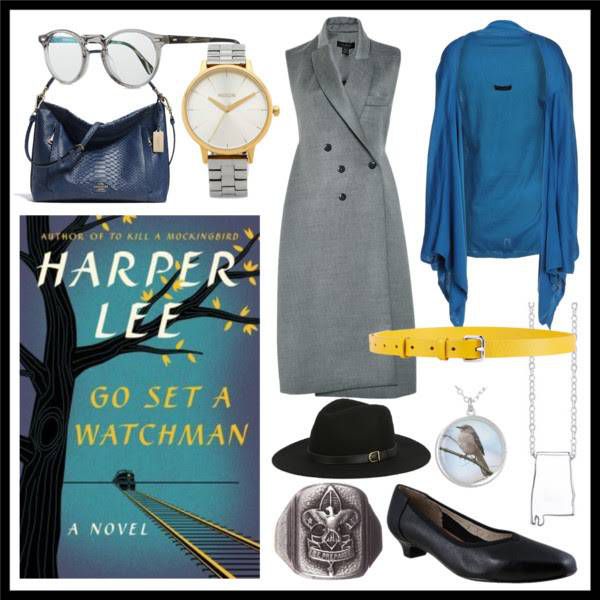 Often when a novel has been dubbed “The most anticipated novel of the year!” I roll my eyes with skepticism. In the case of Go Set a Watchman by Harper Lee, though, I have a hard time arguing. Which is why this might be the only time I ever style a Book Style for a book that I haven’t yet read, that practically no one has read. This newly and contentiously published second novel by Lee, one that was actually penned prior to To Kill a Mockingbird, features many of the same, familiar residents of Maycomb, Alabama. We also know that it centers around Jean Louis Finch, aka Scout, returning home to Maycomb about twenty years after the monumental events of To Kill a Mockingbird. It’s quite exciting to know that we get to see some of modern literature’s most beloved characters evolving and aging. It’s also going to be incredibly interesting to see just how Lee wrote Scout, a thinly-veiled autobiographical character, seeing her small Southern town through eyes that have been immersed in the more liberal and accepting world of New York City.

I based this style off of a young, career-minded woman during the 1950s. While Lee herself was a writer, her older sister followed in their own father’s footsteps and became a lawyer. Something that I could see Scout doing, too. I also enjoy the idea of adding some big city polish to a small town girl. We start with this “Alabama” suiting dress and a drapey cardigan belted with a vibrant yellow belt. Next we have “Classic Lawyer” pumps – sensible enough for a former tomboy yet still ladylike. A “Scout” handbag and “Scout” panama-style hat are the next touch. Some “Gregory Peck” eyeglasses, because I don’t believe anyone can picture Atticus Finch without picturing Gregory Peck portraying him in the film version of To Kill a Mockingbird. For the jewelry, we have a vintage 1950s watch, a Mockingbird necklace, an Alabama necklace, and a Boy Scout seal ring – for Atticus’ morals and Scout’s name.

If you’d like to see my Book Style spin on To Kill a Mockingbird, go check out this one I did a couple of years ago.