This content contains affiliate links. When you buy through these links, we may earn an affiliate commission.
Flatiron Books, publisher of Rock Paper Scissors by Alice Feeney 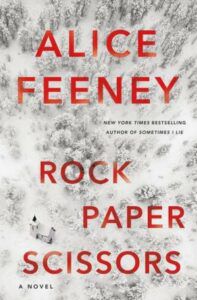 Today’s edition of Daily Deals is sponsored by .

Caul Baby by Morgan Jerkins for $2.99