Riot Headline If You Dream of Owning a Bookstore, Here’s Your Chance
This content contains affiliate links. When you buy through these links, we may earn an affiliate commission.
White Fox by Sara Faring, with Fierce Reads. 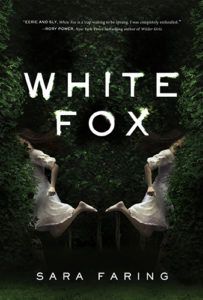 Today's edition of Daily Deals is sponsored by White Fox by Sara Faring, with Fierce Reads.

$1.99 The Girls in the Garden by Lisa Jewell
Get This Deal
$2.99 The Shadows Between Us by Tricia Levenseller
Get This Deal

Deep Down Dark by Héctor Tobar for $2.99

The History of Living Forever by Jake Wolff for $2.99

The Lottery and Other Stories by Shirley Jackson for $2.99

The House in the Cerulean Sea by TJ Klune for $2.99

Black Klansman by Ron Stallworth for $2.99

Shadow and Bone by Leigh Bardugo for $2.99

What We Lose by Zinzi Clemmons for $1.99

White is for Witching by Helen Oyeyemi for $1.99