This content contains affiliate links. When you buy through these links, we may earn an affiliate commission.
A Drop of Midnight by Jason Diakité. 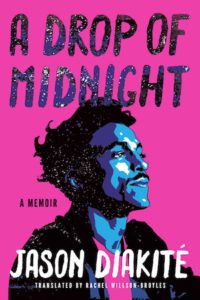 Today's edition of Daily Deals is sponsored by A Drop of Midnight by Jason Diakité.

$1.99 White is for Witching by Helen Oyeyemi
Get This Deal
$1.99 Stealing Home by Sherryl Woods
Get This Deal