This content contains affiliate links. When you buy through these links, we may earn an affiliate commission.
Willodeen by Katherine Applegate 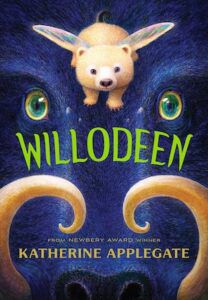 This edition of Daily Deals is sponsored by Willodeen by Katherine Applegate.

$2.99 The Return by Rachel Harrison
Get This Deal
$2.99 Before the Coffee Gets Cold by Toshikazu Kawaguchi
Get This Deal

The Namesake by Jhumpa Lahiri for $2.99

The Other Queen by Philippa Gregory for $1.99