This content contains affiliate links. When you buy through these links, we may earn an affiliate commission.
There Will Come a Darkness by Katy Rose Pool, with Fierce Reads 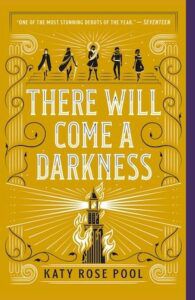 Today's edition of Daily Deals is sponsored by There Will Come a Darkness by Katy Rose Pool, with Fierce Reads.