This content contains affiliate links. When you buy through these links, we may earn an affiliate commission.
Flatiron Books, publisher of Wild Tongues Can't Be Tamed edited by Saraciea J. Fennell 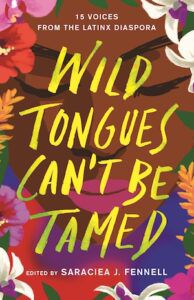 This edition of Daily Deals is sponsored by Flatiron Books, publisher of Wild Tongues Can't Be Tamed edited by Saraciea J. Fennell.

$2.99 Sunrise by the Sea by Jenny Colgan
Get This Deal
$2.99 The Hidden Palace by Helene Wecker
Get This Deal

What to Do When Someone Dies by Nicci French for 1.99

Hogfather by Terry Pratchett for $1.99

Catherine House by Elisabeth Thomas for $1.99

Pretty Girls by Karin Slaughter for $2.99

Rich and Pretty by Rumaan Alam for $1.99