This content contains affiliate links. When you buy through these links, we may earn an affiliate commission.
Brilliance Publishing. 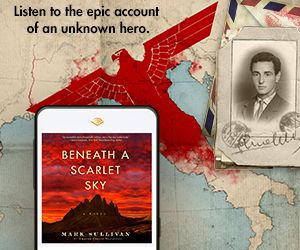 Today's edition of Daily Deals is sponsored by Beneath a Scarlet Sky. Facing the horrors of WWII, an Italian teen spies on Nazis. Listen now.

$2.99 The Case of the Missing Marquess (Enola Holmes) by Nancy Springer
Get This Deal
$1.99 Clown in a Cornfield by Adam Cesare
Get This Deal