This content contains affiliate links. When you buy through these links, we may earn an affiliate commission.
HarperPerennial, publisher of You Feel it Just Below the Ribs by Jeffrey Cranor and Janina Matthewson 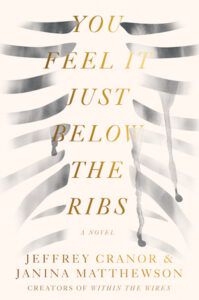 Today's edition of Daily Deals is sponsored by HarperPerennial, publisher of You Feel it Just Below the Ribs by Jeffrey Cranor and Janina Matthewson

$2.99 Feral Creatures by Kira Jane Buxton
Get This Deal
$0.99 The Frangipani Tree Mystery by Ovidia Yu
Get This Deal

Red Sky Over Hawaii by Sara Ackermanm for $1.99

An Unexpected Peril by Deanna Raybourn for $1.99

Her Body and Other Parties by Carmen Maria Machado for $2.99