This content contains affiliate links. When you buy through these links, we may earn an affiliate commission.
Blade of Secrets by Tricia Levenseller with Fierce Reads 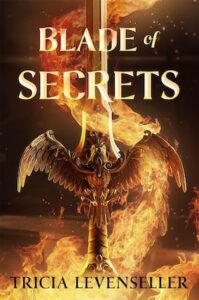 Today's edition of Daily Deals is sponsored by Blade of Secrets by Tricia Levenseller with Fierce Reads.

$2.99 The Order of the Pure Moon Reflected in Water by Zen Cho
Get This Deal
$2.99 The Bad-Ass Librarians of Timbuktu by Joshua Hammer
Get This Deal

Sunburn by Laura Lippman for $1.99