Riot Headline 2022 Nobel Prize in Literature Winner Announced
This content contains affiliate links. When you buy through these links, we may earn an affiliate commission.
Charles Wachter 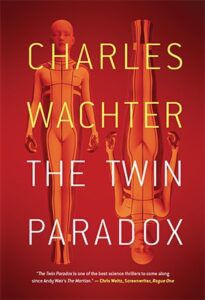 Today's edition of Daily Deals is sponsored by Charles Wachter. "The Twin Paradox has it all" -- A.G. Riddle