This content contains affiliate links. When you buy through these links, we may earn an affiliate commission.
Christina Lauren's THE SOULMATE EQUATION. 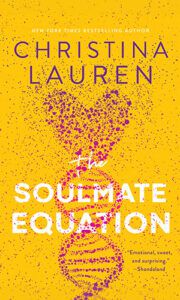 Today's edition of Daily Deals is sponsored by Christina Lauren's The Soulmate Equation.

Seed to Harvest: The Complete Patternist Series by Octavia E. Butler for $3.99